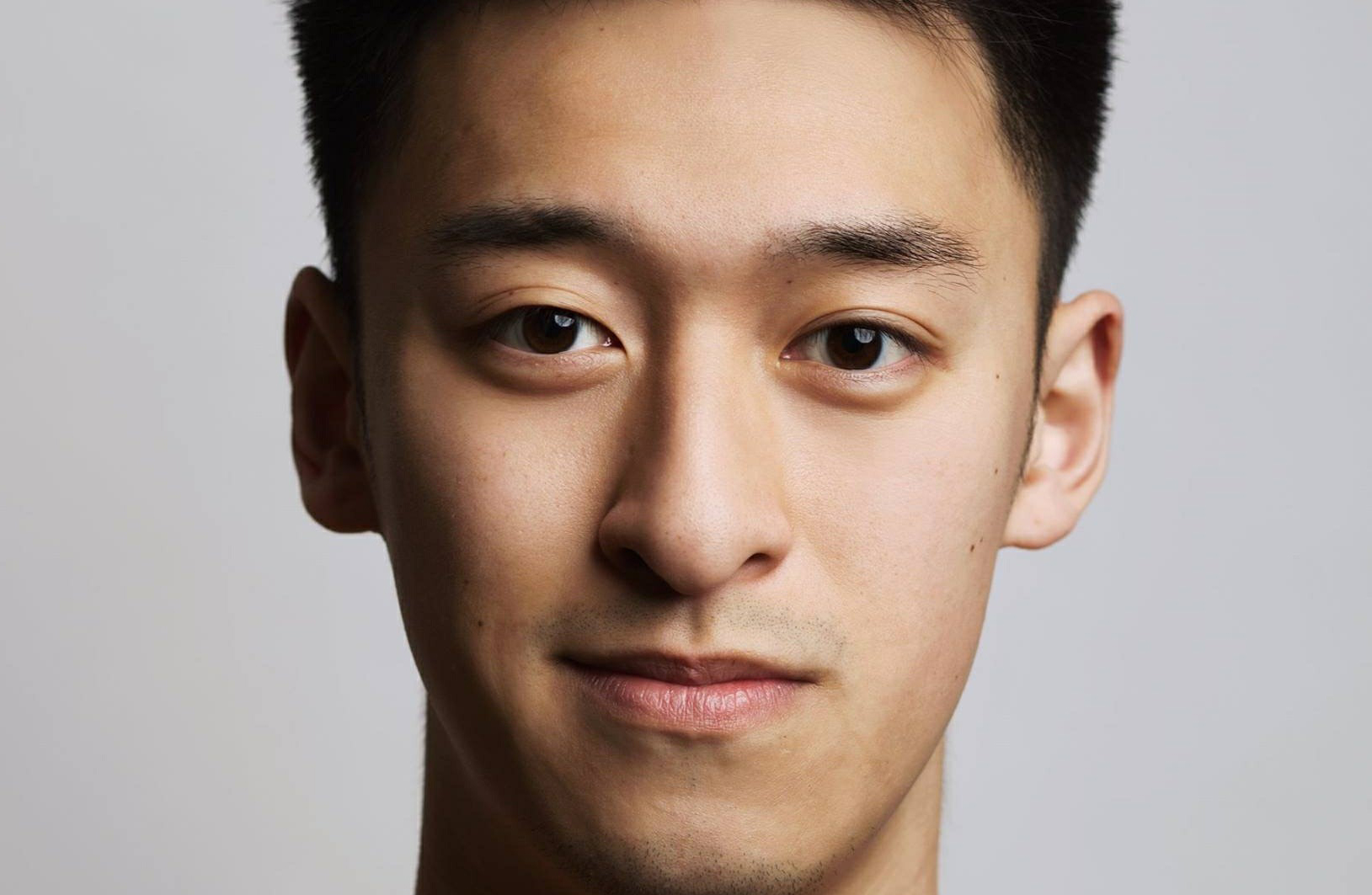 Movie Marker Magazine sat down with actor Alex Chang to talk acting, life on stage and his move into movies. 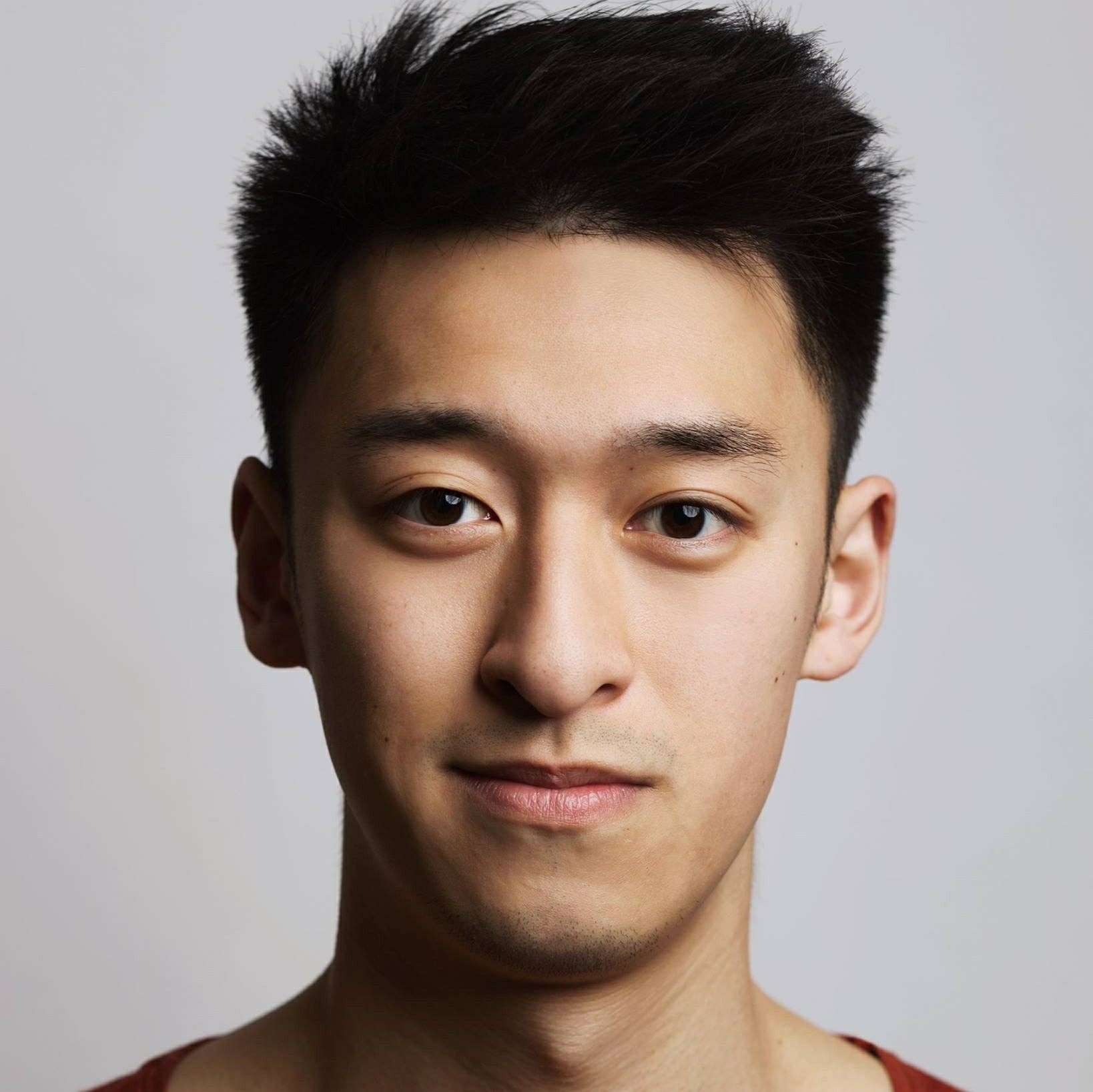 Have you always lived in London? Can you tell us a little about your early beginnings?
I actually grew up in a small town called Crediton in Devon, England. I then moved to London to train as an actor at ALRA (Academy of Live & Recorded Arts), which I could not have done if I hadn’t been awarded a Dance & Drama Award (DaDA). The DaDA is a scholarship for people going into Performing Arts Schools and Academies. It is given to a limited number of actors who show exceptional promise by the drama school. My parents worked, and continue to work, in the restaurant business. I am hoping they will be retiring this year.

As a multi-talented musician, you play the guitar, and interestingly the Cajon drum. Can you tell us a bit about those instrument choices?
I play the guitar because I’m a huge fan of acoustic music and a lot of Rhythm and Blues (RNB). I like to take an RNB song and try to make them acoustic. As I think back, “No Diggity” by Backstreet and “Roses” by Outkast are the two songs that made the biggest impact when I would play different venues in London. They’re fun and most people know them. The Cajon drum was something I got into because they’re just really cool, aren’t they? They make a great live, or studio, percussive accompaniments to an acoustic setting or stripped back band.

As an actor, you were recently the lead in the TV series ‘Pete & Whitely’. Can you tell us about that project?
‘Pete & Whitely’ is a really nice project to be starring on. It is a new style of writing, set in a Chinese takeaway, which I totally related to since I grew up in one. I play the takeaway owner – Pete Kapow – and I love just how sarcastic and desperate he was for female attention. The script is funny and I think the on-screen chemistry between myself and my co-stars really worked in achieving what the producers and director wanted, which was a low brow comedy looking at behind the counter life in a Chinese takeaway. It is also so refreshing to be asked to not put on a phony accent because it would’ve ruined the comedy and authenticity of the show. There’s somewhat a lot of responsibility as an actor, as my character is the catalyst and the driving force of the show, so to carry a series is always a challenge – one the I very much enjoy. 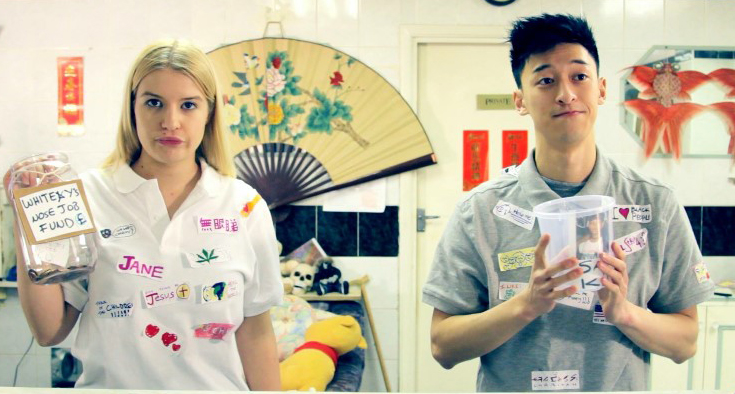 Your latest TV show is the new series ‘Pao’ based on Kerry Young’s award winning novel ‘Pao’ set in Kingston, Jamaica. How did you become involved?
I was very fortunate to be recommended to the producer of ‘Pao’, by the artistic director of Yellow Earth Theatre, Kumiko Mendl. Kumiko is such an ally and great supporter of my career. Subsequently, I went to the first read through and things just took off from there. The story is EPIC. I mean that with the greatest of emphasis because it has everything you would want in a TV show. It has high drama, diversity, romance, and both loveable and surprisingly relatable characters. Anyone who has read the wonderful books that Kerry Young has written would wholeheartedly agree. It is a joy to be on this show.

Can you tell us a little about your character in ‘Pao’?
Absolutely, I play Pao’s brother, Xiuquan who is very different to Pao. He resents the life he has struggled to accept and embrace in Jamaica, and sees everything around him as something that is holding him back. He wants to be brave, but he’s so insecure. He wants respect, but he doesn’t hold himself in the best of light. Xiuquan is essentially a young man who sees himself as being dumped in Kingston, with nowhere to go and no one to relate to and he resents the idea of embracing a culture that he doesn’t understand. This puts him at loggerheads with his brother frequently, which culminates in high tension scenes. Those are the types of scenes which I very much love playing and discovering,

You are an ambassador for the new ‘Drama & Performing Arts Academy’ at Exeter College and Exeter Northcott Theatre. Can you explain how you became involved?
It is very humbling to be named an Ambassador. My old lecturer and Head Of Drama, Mr. Nigel Paul, got in touch on the back of me becoming increasingly busy and successful in the industry about the idea. For the past three years, he has asked me to give a talk, workshop and even mentor the current performing arts students, which I was pleased to do as I think it is important to give back and to remember your roots. Mr. Paul thinks it is important to use my experience, and example as an alumnus, to communicate to the students in a very real way. I also judge their audition pieces for higher education whether that be for Drama School or University and advise them on starting their careers. After all, I am doing what a lot of them are dreaming of doing so I’m very happy to help. There’s a stigma in Hollywood and indeed the acting industry in general, that to help others means you fall behind. That’s a complete myth. Supporting another person’s career will never hold your own back. In fact, if anything, it has enhanced my success and I feel very blessed to have done so in a positive way. Exeter is where I would call my home and if I can help in any way to discuss, and consult the college and Northcott Theatre, for their new Drama & Performing Arts Academy, it is a project I’m very proud to be a part of.

What can we expect to see you doing over the next few months?
Currently, I am on an international tour in the theatre production of ‘The Twits’ in which I am playing the lead boy Muggle-Wump in the family of monkeys that get caught by Mr. and Mrs. Twit. It’s an exciting production, one which has stretched me as a performer as I’ve had to use all the skills I possess in my actors’ toolkit to the fullest efficiency. There’s only a cast of seven so we all have an integral role to play in the show and I’m proud that the director (Max Webster) gave me a lot of creative freedom to develop my character and be spontaneous with it all! We will end in April at The Rose Theatre, in Kingston Upon Thames, London. I also have a couple of films set for production in the summer, but I can’t say anything about those just yet – so stay tuned!

Related Topics:Alex ChangAsian actor Alex ChangPete and Whitely
Up Next

An Interview With… Ellie Kendrick, Star Of ‘The Levelling’