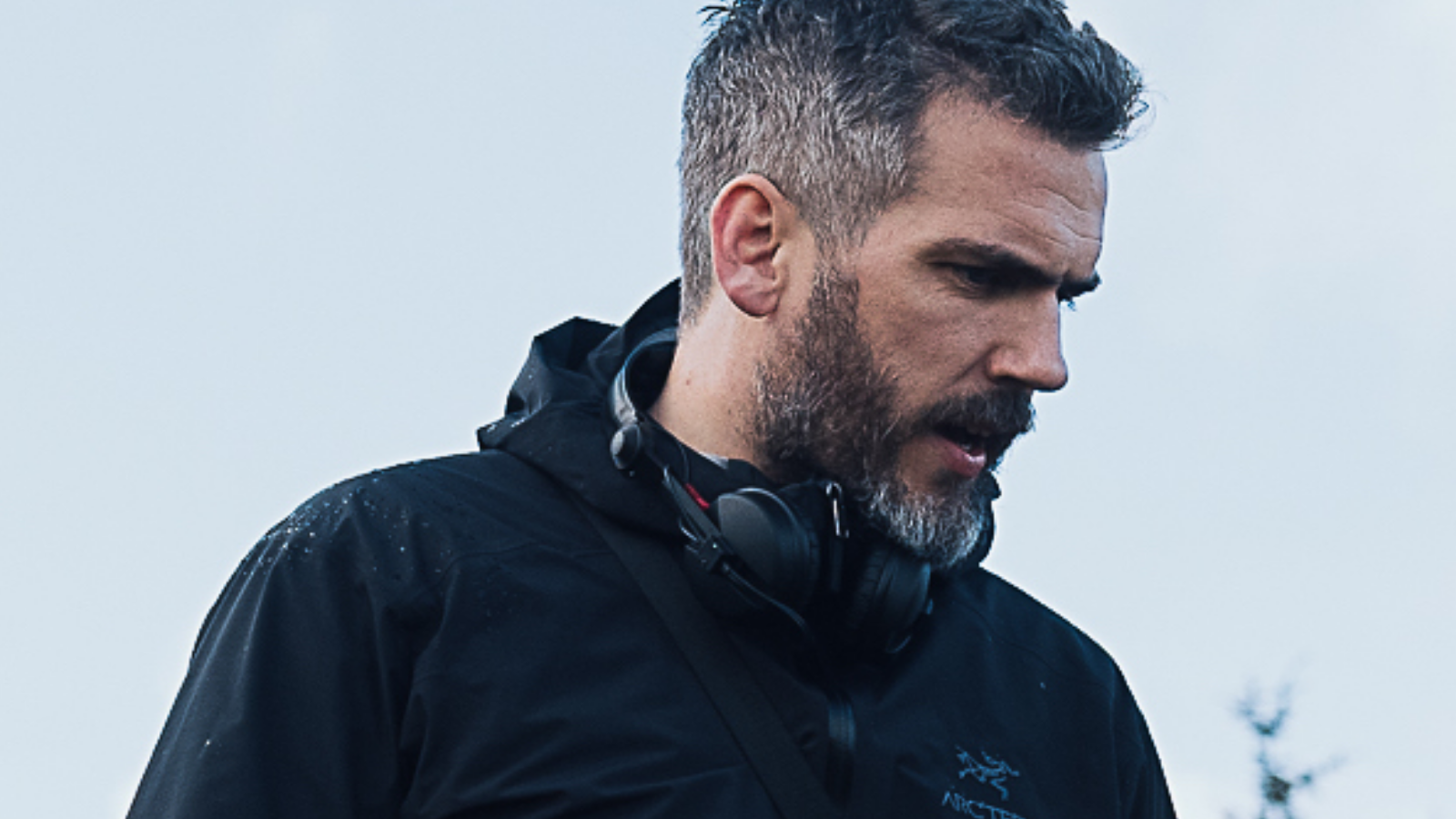 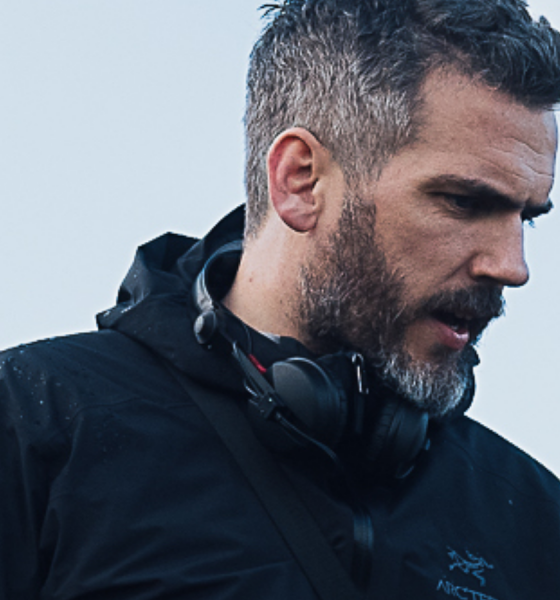 Vampires in pop culture are as undying as their immortality. Contrary to popular opinion though, their origins may not begin in Transylvania as previously believed. One of the early stories resembling bloodsucking monsters stem from Ireland, where director Chris Baugh grew up and set his comedy-horror Boys From County Hell. It follows local workers who accidentally disrupt the grave of an immortal creature, and they fight to survive the night.

The Celtic tale of the Abhartach acts as a skeleton for Baugh’s script. Legend has it that when parts of Glenullin were ruled by local kings, an overthrown chieftain continuously rose up and demanded to feed on his subjects. Some historians believe this story inspired Dracula; it is a convincing theory as Bram Stoker was Irish.

Sitting down with Movie Marker, Baugh walked us through his decision to adapt the legend on his terms and prove there are still new stories to tell. “There’s always fresh angles and fresh spins on it [the vampire genre]. It’s such a primal idea, a blood-drinking undead creature. I think people are just always going to be endlessly fascinated by it. I definitely was,” he said.

“Some of my favourite movies are vampire movies. But for me with this, it was sitting down and going: okay if we’re going to do a vampire movie, we want to find a different way into it. That’s when we came across the legend of the Abhartach and this very unique Irish spin, and connection to Bram Stoker. But we didn’t want it to be like a straight retelling of that either. We used it as a jumping-off point.” Various additions made to the myth evidence this. Baugh’s version of the Abhartach can drain the blood of a victim purely through vague proximity.

Turning to the development of the film, it was a fascinating process that spanned nearly ten years. On the heels of a successful debut at Sundance with Bad Day For The Cut, Baugh turned his attention to Boys From County Hell, which began as a short film in 2013.

“I wrote the first version years and years ago. Over the years this is one of the projects that’s always been on our slate of development,” he explained. The long wait proved useful as plot lines were fleshed out and the film became more character-driven. It shifted to “focusing on the core relationships between the characters of Eugene [Jack Rowan], Francie [Nigel O’Neill], Claire [Louisa Harland] and SP [Michael Hough]. One of the most important things is trying to make it feel authentic to this certain part of Northern Ireland where it’s set, and that comes out of the development of the characters.”

Thanks to Baugh’s thoughtful writing and convincing performances from Rowan and O’Neill, the subtext for this film goes beyond a simple ‘small-town residents’ team up to defeat a monster’. It dives into the complicated father and son bond under the guise of a thriller. The genre doesn’t distract from the core message of reconnecting with family, and this appears to stem from Baugh’s love of Ireland. Authenticity played a part in creating a story that viewers can relate to amongst the supernatural chaos.

“It is essentially that ‘write what you know’ kind of thing. We’re both [Baugh and co-writer Brendan Mullin,] from that part of Northern Ireland and grew up in those kinds of small towns, but we’re also massive movie geeks and grew up in the 80s and loved all that kind of Hollywood cinema and genre cinema. We always wanted to do something that felt authentic to that part of Northern Ireland. But also do it within the architecture of genre,” said Baugh.

The fact that Boys From County Hell is fictional is almost immaterial as practical effects in favour of heavy CGI help sell the fantasy as fact. As Baugh put it, “Whenever I was thinking of the aesthetic of the film, I wanted to have an 80s kind of vibe to it. Not so much in like a nostalgic throwback homage thing but more like the Carpenter movies or The Lost Boys. There was a tangible feeling to those movies in terms of the effects because it was all practical and all done in-camera.”

Citing Peter Jackson’s works as an example, Baugh explained that practical effects offer a “feeling of being very real.” Aside from some blood trails scenes “augmented with CGI”, major scenes were brought to life entirely with make-up and costume design. “The big physical gags and the main sequences were all done practically. The film is about these kinds of roughneck, workmen; it should feel like a real tangible, gritty kind of thing,” Baugh revealed.

Along with the special effects, the set design also plays a part in rooting this fictional tale in real life. It is a goldmine of hidden references. Looking inside Eugene’s home, a family heirloom from his late mother hangs with a crest donning the name ‘Cathán’, who in the original myth was the chieftain who slayed the Abhartach. “That’s cool you’ve noticed that because not many people have mentioned it!” Baugh commented. “Essentially, whenever I’m writing, or me and Brendan are writing together, we’re always trying to do things that we want to see, like ourselves as the audience.”

Among the theatrical action sequences and lively plot, this is a film defined by its characters. For Baugh, casting is, therefore, “one of the most important parts of a director’s job.” When it came to offering Jack Rowan, Louisa Harland and Michael Hough their parts, the decision came down to “instinct”.

“As soon as they read and I met them, I knew instantly that they would be a great part of the ensemble,” he recalled. “Then John Lynch, I had worked with before on Tin Star, and I just thought, I really enjoyed working with him. And I knew he would be great as George Bogue, so we just offered him the part. We were lucky that he said yes!” exclaimed Baugh. The role of Francie, however, was written especially for O’Neill, after his standout performance in Bad Day For The Cut.

Baugh was also quick to point out that filmmaking is a collective effort, and he confidently relinquished some of the credit, citing that when you bring on the cast and crew, they “feed into the script”. In the director’s view, the script is a “blueprint” and you must be open to adapting your original vision, as was the case with Boys From County Hell.

The character of FP went through an overhaul during the casting process as upon meeting actor Michael Hough it became clear that the part needs a rewrite. “I always envisaged in the script that he grew up in Six Mile Hill and that he was a childhood friend of Eugene’s. But he was always a little bit older than Eugene. Everyone kind of felt a little bit sorry for him. He [Hough] lives in Toronto, and he sent through an audition tape; he was doing a tone accent, which was good. But then I had a callback and I met him over zoom, and the way he talks and his natural accent, it was this kind of old, natural character. As a person that’s so likeable and funny, I was like, you know what? Just do this in your own accent,” Baugh continued.

Looking to the future, Baugh hinted at a third Irish set film to form a trilogy following Bad Day For The Cut and Boys From County Hell. He hopes to split his time between this idea—no further details beyond that so don’t hold your breath just yet—and a US project with Legendary featuring heists and superheroes.

Chris Baugh is a creator who saw a gap in the market and paid homage to the rural Irish setting that rarely gets the spotlight. Boys From County Hell is a wild hilarious ride worthy of becoming a comedy-horror classic, and we can’t wait to see what he has in store for us next.