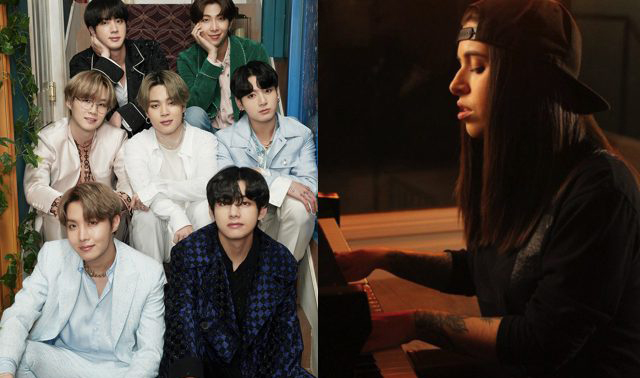 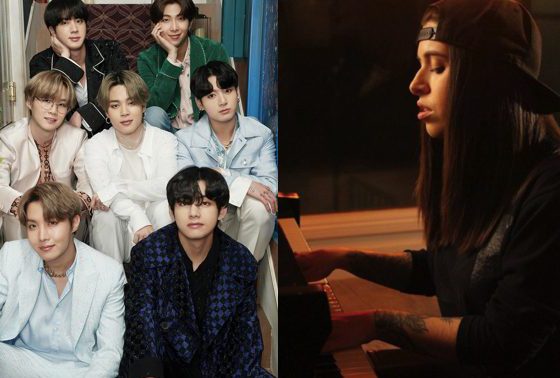 Can you tell us a bit about your background?

Originally from Troy, Michigan; my love for music, I always knew would take me to places I’d dreamed of. Grew up playing piano, guitar and writing songs in my bedroom just to get my feelings out. Luckily, it has taken me to places I hadn’t even imagined.

How did you get into music?

When I was 11 years old, I attended my very first concert that happened to be the Jonas Brothers back in 2006….before they had the massive success that followed. I’d been playing piano for about 3 years at that point, but nothing I was actively pursuing. Seeing the Jonas Brothers on stage changed everything for me. I had to figure out a way to do that myself. I wanted to be an artist, a performer.

You have written some K-Pop chart-toppers in your career, but your own personal music has a different vibe to it. Can you explain the writing process you go through for your own music?

For my own music, I try not to make it a job like as possible. I write when I’m inspired. Whether that be at 6pm or 4am. I don’t like to force what needs to be said within my music. I usually start with something I’ve come up with on the guitar and build off of it. But other times I start with something I’ve played on the keys, cycling through sounds to see if anything sparks a creative thought. I sometimes use Splice as a creative tool to help me start songs as well. Make whatever sample ‘my own’ and build from there. As for lyrics, I write what I’m feeling in that moment or what’s been on my mind lately.

We love your new single ‘Emotion’. Can you tell us about the song and its background?

‘Emotion’ kinda came out of nowhere. I remember sitting down at my keyboard and cycling through sounds and came across the sound that became the main sound of the song…the recognizable weird plucky, synth sound. That sparked a whole world in my head. I basically took what I was picturing in my head from the sound of that synth and built around it with a unique, somewhat tribal vibe. I’m a huge fan of cinematic music and movie scores, so I tried to integrate a bit more emotion through approaching it in that way.

As for the lyrics, it’s all about the fear of having deep emotions for someone and knowing that it can change your life…whether that be a good or bad thing, that’s the scariest part. It’s hard to fight strong emotions, but in this song, I’m trying to run from them as far as I can, only for the emotions to catch hold of me and swallow me whole.

What has been the most influential moment of your musical career so far?

I think being on tour with Armin Van Buuren, had such a great impact on me as not only an artist but a person. It showed me what I am capable of really doing. Gave me the same feelings I got the very first time I ever stepped foot on a stage again. Sparked my mindset of ‘okay, I really can do this.’

Just releasing more and more music in more of a timely manner. Don’t wanna keep everyone waiting too long.

For up to date information on Candace Sosa follow her on: www.instagram.com/candace_sosa