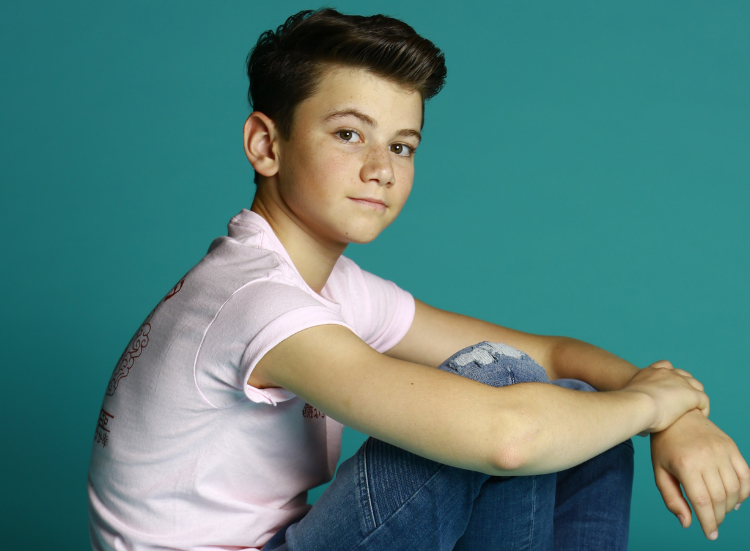 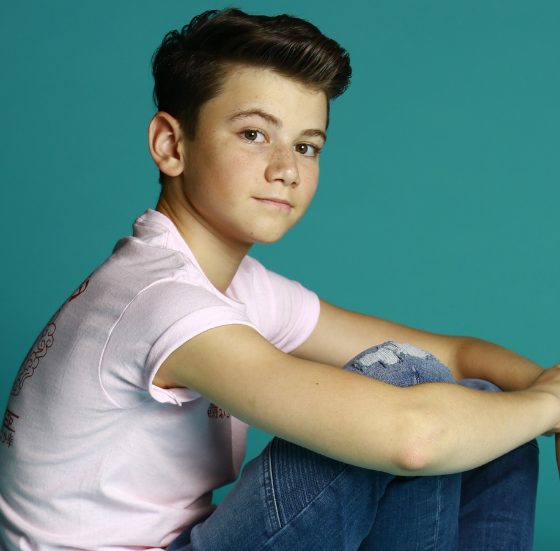 From London to Los Angeles. Can you tell us about your background?

Hi guys – so I was born in Marbella in Spain but am of British descent. I moved to LA when I was almost 4, actually, I celebrated my fourth birthday in LA with a Peter Pan party – very British! I have been living in Los Angeles ever since. I am always in England though visiting family and exploring.

Tell us about your move into music?

Well, I started acting officially when I was six and booked my first film role and voice-over gig soon after. Since then I have done a few films, stage productions, and TV commercials, voice-over gigs, etc., but no ‘break out role’. I have always sung and performed on stage; it seemed a natural addition to incorporate music. Last year I started professional voice lessons and thinking about what type of artist I wanted to be – what kind of music I wanted to sing – what I could bring, and how I could make a difference, and it just snowballed from there.

Your debut single ‘My Crew’ released July 7 and has reached over one quarter million streams so far. What’s that song about?

The first song to be released was My Crew and it is about the importance of friendships great and small. It’s been a tough year for everyone, and so I wanted to sing songs that people could relate to and sing together whatever they were doing. For me, My Crew is a song to celebrate my friends who have stuck with me through thick and thin. We all need a good crew around us, especially in times like these, and I am grateful to have mine since day one of kindergarten. We weren’t able to create a music video so we made a fun lyric video using photos of my closest friends.

The second single ‘Your Smile’ has been performing equally as well. What was the inspiration behind that song?

We were thinking about writing a song about a crush or first love, but honestly, I wasn’t there yet with all that, so instead, we thought about how you are friends with someone for the longest time but hadn’t every appreciated or noticed their smile. ‘Your Smile’ is just that, it’s about a girl’s smile, or anyone’s smile really, that you suddenly notice and innocently appreciate for the first time as you have fun hanging out in the summer sun.

Tell us about the music video for ‘Your Smile’.

Originally we had a major production planned but due to the current COVID-19 filming restrictions in Los Angeles, we had to be really careful, so I just had two of my friends and one videographer, plus my mum of course, on set. We tried to incorporate some of Malibu’s most gorgeous hotspots, and of course me catching a wave at my favorite place, the beach.

Your latest single Up To You is very inspiring. Can you explain the lyrics?

I always want to sing something people can relate to. I want my music to have a purpose and meaning. ‘Up To You’ is about being the champion within. That you can do anything you put your mind to. We are all champions – we’ve got this, and we can’t give up. I recorded all three songs in lockdown this May, and I think ‘Up To You’ reflects that the most.

I am back in the studio on September 26th to record a special Holiday song that I plan to release on World Children’s Day on November 20th in order to help raise donations for UNICEF. I am really excited about it. And on September 27th I am filming the music video for ‘Up To You’. Stay tuned!

For up to date information on Alexander James Rodriguez follow him on: