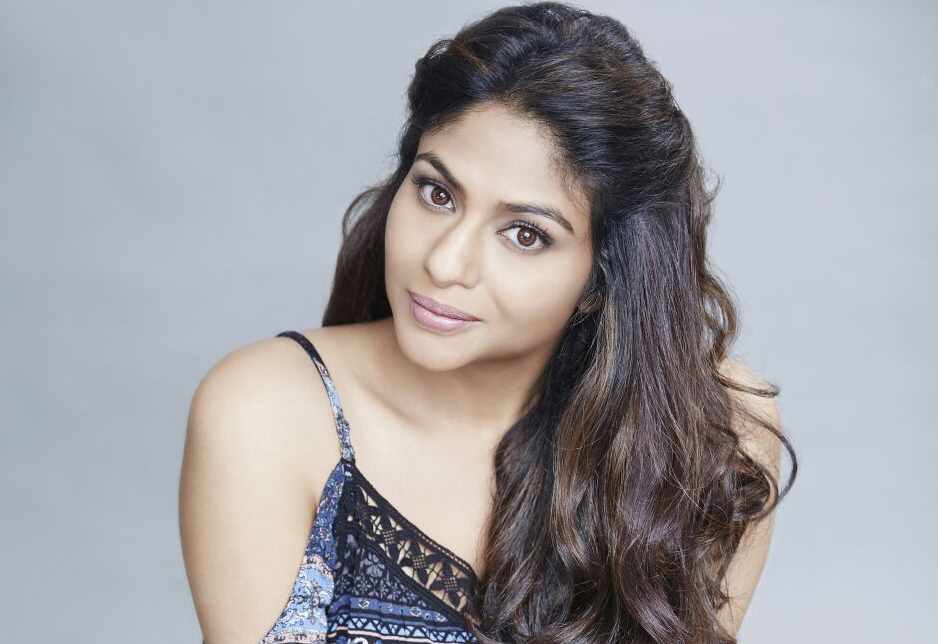 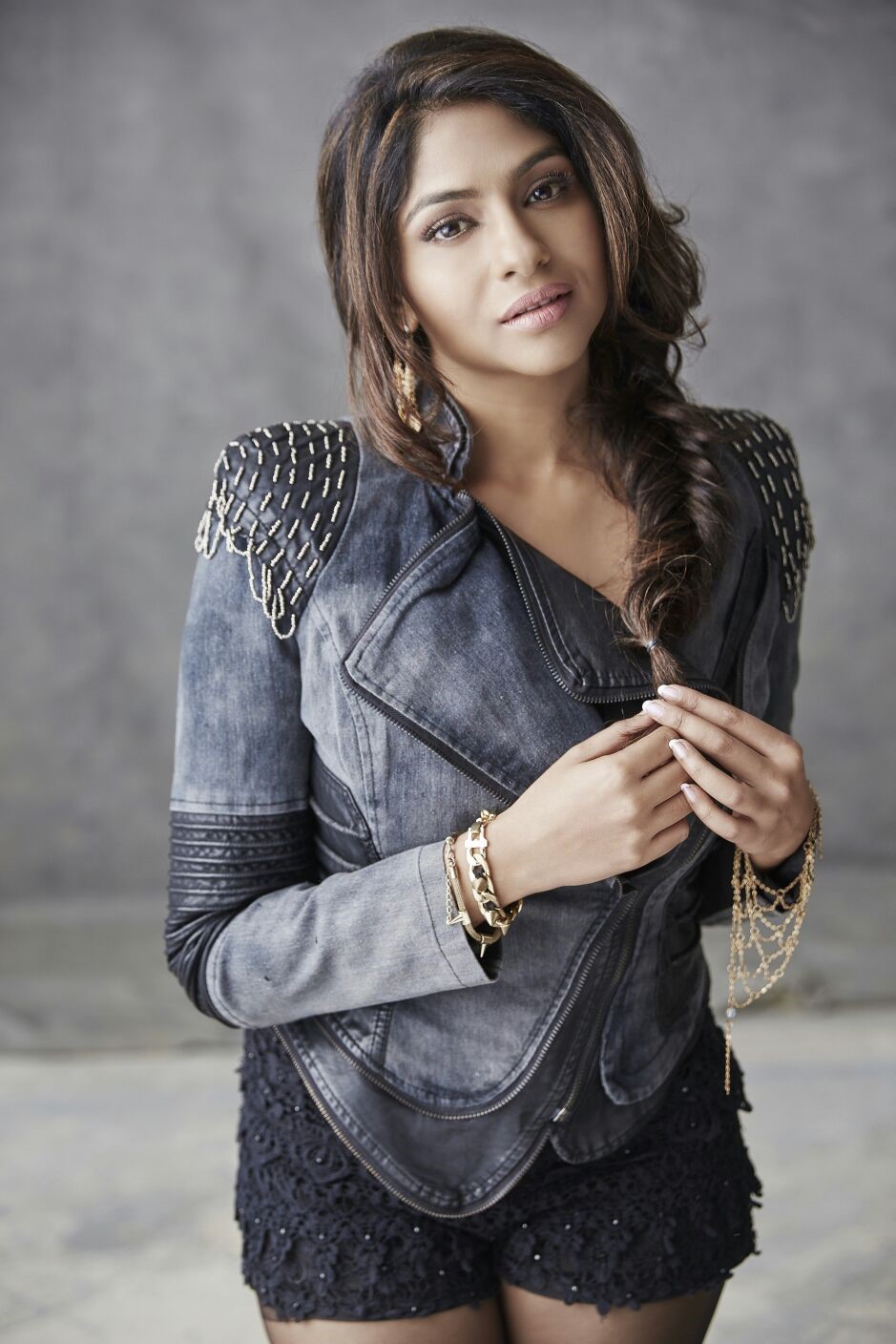 Can you tell us about your early beginnings growing up in India, and how you transitioned to life in New York?

I was born in quite a conservative and traditional Indian family, with an elder brother and a younger sister. My mother is a doctor and my father is an engineer. They own a hospital in India in my hometown and are deeply involved in charity as well as city politics. I took to dance and drama at a very young age, but steered the path of most Indians, which led to a very structured pursue to become a doctor. But I guess destiny took over and by the time I had finished medical school I realized all I wanted to do was become an actor. As the years passed by, my interests grew, which led me to screenwriting and filmmaking. The transition was quite smooth and exciting. I do at times feel a bit rattled, as I stare at the Manhattan skyline at night wondering if this is home now, but I guess the answer to that is yet to reveal itself.

You have had an exceptional acting career in India so far, what inspired you to take the writing-acting journey?

Working in India has provided me with the tenacity, technical know-how and a lot of onset experience that’s only acquired through years of consistent work. I am truly grateful for the opportunities that I was given in India and it helped to steer the course here in America, with a lot more precision and speed. I also made sure that I familiarized myself with the workings in this country. I took Peter Miner’s wonderful Master Class in On Camera Acting at the T. Schrieber Studio, as well as Improv classes at UCB. I have been attending workshops by renowned casting directors, which really sheds light on most of my queries. Being an actor, screenwriter and producer helps me analyze a project in totality, that in turn feeds the particular role I was bestowed with. Screenwriting I guess, is my niche whereas penning poetry is my vice. 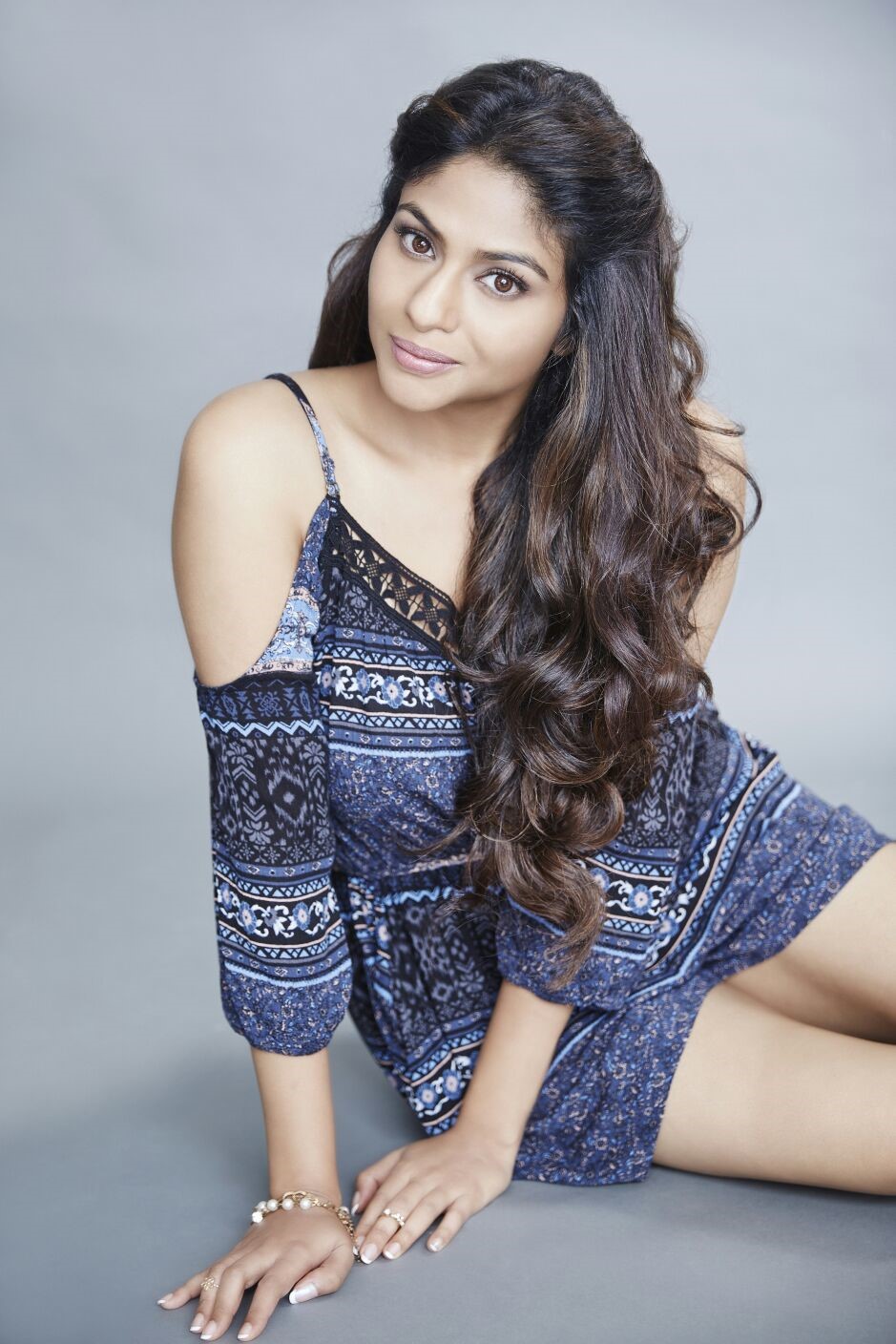 You have just wrapped working in New York with director Jamal Hodge on the TV-pilot ‘A Happy Divorce’. Can you tell us about that new show?

‘A Happy Divorce’, is a story that is based on the question “How do you forgive the unforgivable?” It revolves around the aspect of how, sometimes the worst punishment is getting all that you’ve ever wanted. Working with the director Jamal Hodge, who has been featured in Cannes Short Film Corner, Sundance, Tribeca and the Urban World Film Festival, was an absolute pleasure. He has an eye for detail and is just wonderful with actors.

What is your character like in ‘A Happy Divorce’ and how does she fit into the overall show?

I play “Rebecca” in the pilot drama. She is an ambitious lawyer, who is ruthless on a professional level, but still has a sense of vulnerability that has been toyed with.

As an actress-producer, we understand you have just started a hilarious new webs-series in New York. Can you tell us about ‘Wank Bank’ and your character?

‘Wank Bank’ is a comedic web series about a Court Mandated Masturbators Anonymous Group. It is directed and written by K.L Martin. I play an Indian girl named “Meera”, who is part of the masturbators group. She is gorgeous, smart and believes from the bottom of her heart that everyone else in the group is way beneath her level.  In spite of being able to speak perfect English, she insists on communicating only in Tamil, which is her native Indian language. She just lets the group comprehend what they can from her. I must admit, the role is quite fun to play. 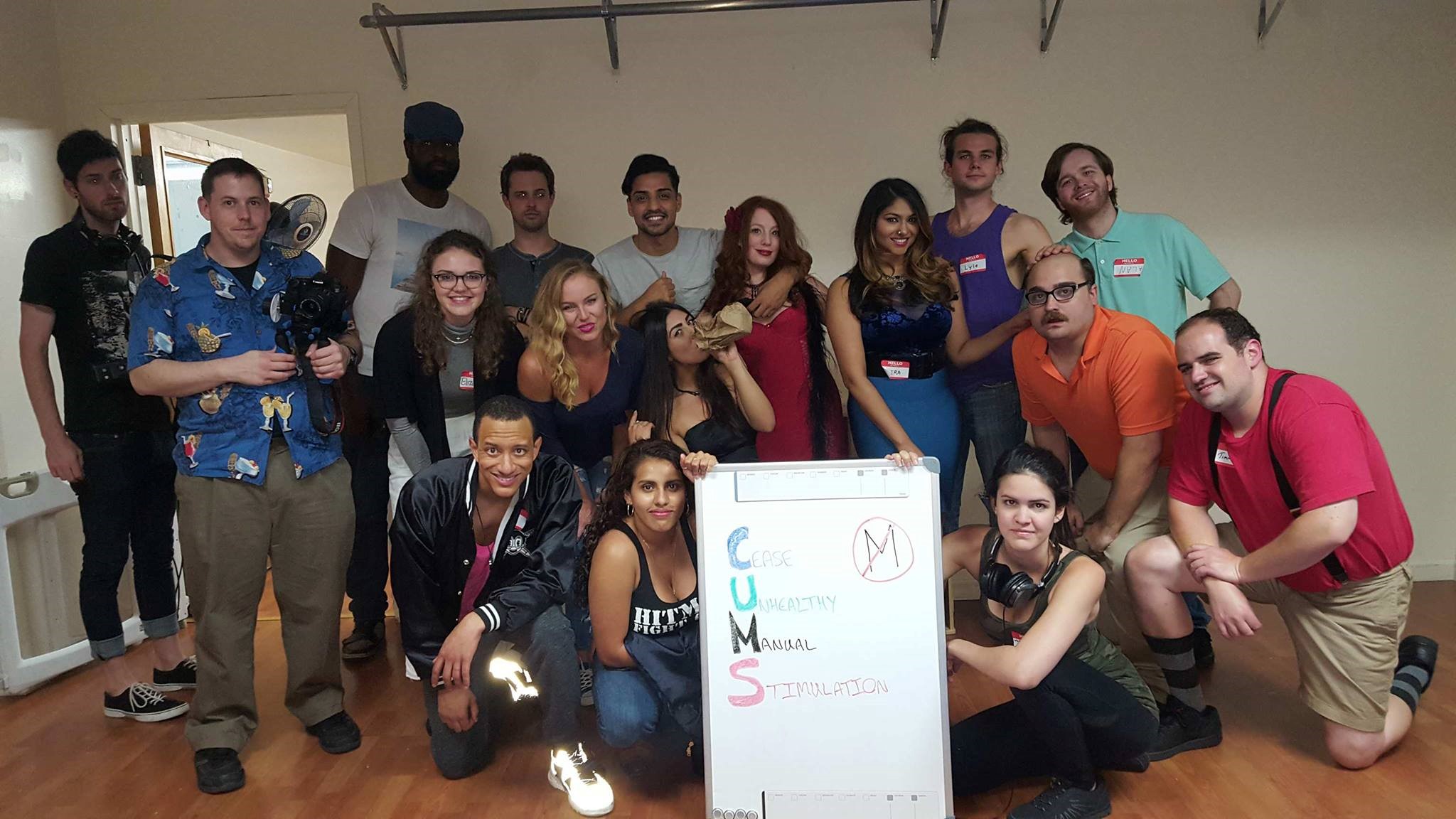 Behind the Scenes of ‘Wank Bank’

You have just started your own production house. Please tell us about some of the projects in the pipeline.

Yes, I started my own production company called “FiDi Talkies, LLC.” The very first production under my banner is ‘Daro Mat’. Apart from producing the project, I have written the screenplay as well as acted in it.  The movie is in Hindi and Tamil. The story revolves around the simple thought process and feelings of most Indian girls, when despite being smart, they still lack a voice and strength due to common patriarch sexist expectations that exist in our society. It’s mostly only in undue circumstances that the true beauty and strength of a woman is revealed. The film was shot entirely in Mumbai, India, and will be submitted to all the major film festivals across the world. 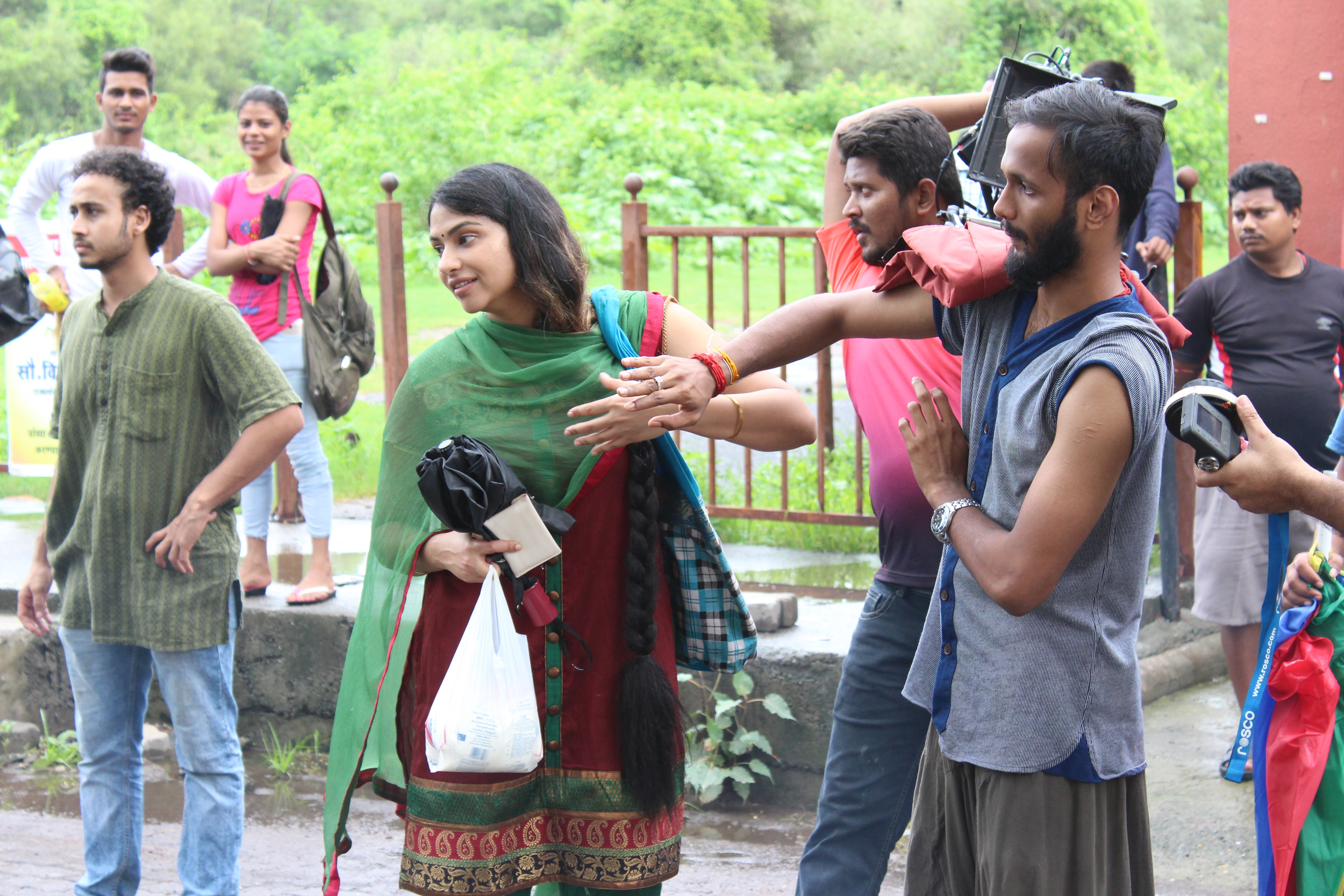 Behind the Scenes of ‘Daro Mat’

My next project under my production company is a short film, that I have written, called ‘Idle Hands’. It is set to be shot in New York. Currently it is in the pre-production stages. I am in the process of reading scripts and making decisions about my future projects. As an actor, I am really looking forward to collaborating with experienced directors and technicians. I am actually quite surprised, and extremely grateful, about the abundance of wonderful opportunities that have panned out for me, here in America. This whole journey is as exciting as I thought it would be. I guess, New York is home now….

Thank you, Lakshmi for taking the time to chat to us at Movie Marker. We look forward to seeing more of you on the big screen!

The Tick: Episodes One and Two Review