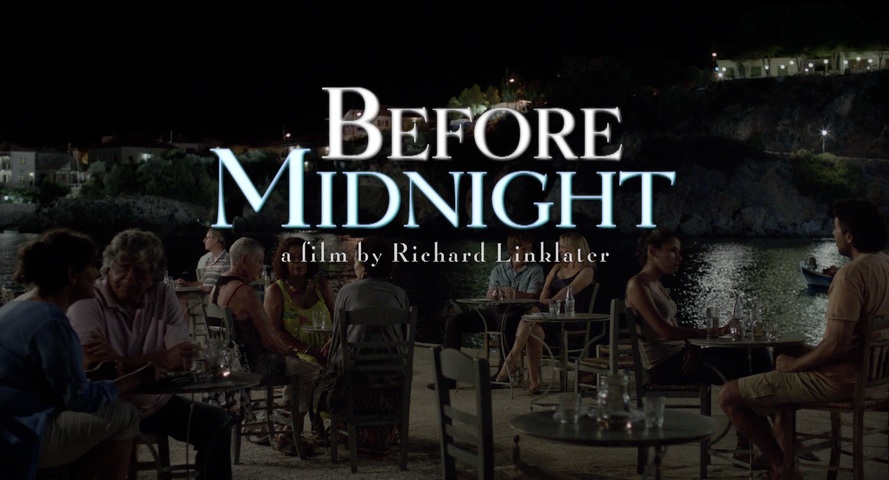 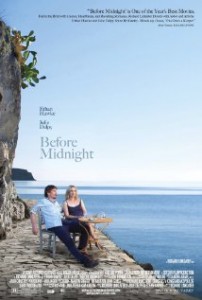 Like so many of you, I’ve been waiting seven years for the third instalment of Richard Linklater’s Before series. A project that has progressively become the baby of Julie Delpy and Ethan Hawke as well, it reaches its age of maturity here with the most well-balanced and realistic portrayal of relationships yet. A beautiful ode to love, life, and the reality of romance, Before Midnight brings the series to a more honest place.

Jesse and Celine are as ever they were – charismatic, at odds, argumentative, in love, and unequivocally compatible. Hawke and Delpy’s bond is stronger than ever, their screen presence more infectious and believable. It’s as if they’ve spent the past 18 years mimicking a real relationship for the sake of continuity. A remarkable joy to watch, it’s like coming home to old friends.

Life has progressed from where we left off; Jesse has gotten divorced, his ex-wife now lives in Chicago with his son, whom he misses terribly, and he and Celine are married with twin daughters. He’s still a successful writer, and Celine is still a champion of the people. But where once there was room for romance, we now see the weathers of time. They may be the same misfit 23-year-olds from 1994, but their fantasies about love have been replaced by the reality of life.

Herein lies the theme of our last instalment: the reality of love, and how it holds up to the ravages of time. How appropriate to set such a story in Greece, amidst the romantic temples and ruins of myth that are ever ravaged by time and the people who adore them.

When we began, Jesse and Celine were idealistic kids still in love with romance. Practicality held no sway in their worlds, hence their minimal – if non-existent – exchange of information before Celine boarded the train. By Before Sunset they’d become slightly more tolerable and less whimsical. The reality of life had begun to set in, but only in baby steps. The reality of a bad relationship had struck them both, and once again they felt swept up in the immediacy of the moment. They allowed themselves, however briefly, to be 23 again, and to bridge the gap in time that separated them.

Now, the romance is gone. The rose-tinted haze has lifted from their eyes, and they’ve committed to a life together. This is what follows “Happily Ever After” – reality.

The love still exists, but it’s trickier. The fights sneak up with the stealth of a ninja, and dissipate just as swiftly. The problems are larger and more complicated, but frankly discussed. Most significantly, love is no longer easily defined, sustained, or even felt. The waters of emotion have grown murky, and you’re lucky if you can articulate yourself let alone understand your situation.

This is the kind of writing that only living can supply. It stems from experience, and grows out of close scrutiny and analysis. It’s the natural progression of the human condition regarding love. It’s organic.

Linklater has managed to supply avid fans and new viewers alike with the perfect conclusion to a beautifully flawed love story. True to form, it leaves you with an uncertain ending. From start to finish, it forces us to look at the ambiguities of love, and its practicality. To forgo childish notions of romance in favour of realistic admissions of limitation.

This Is The End