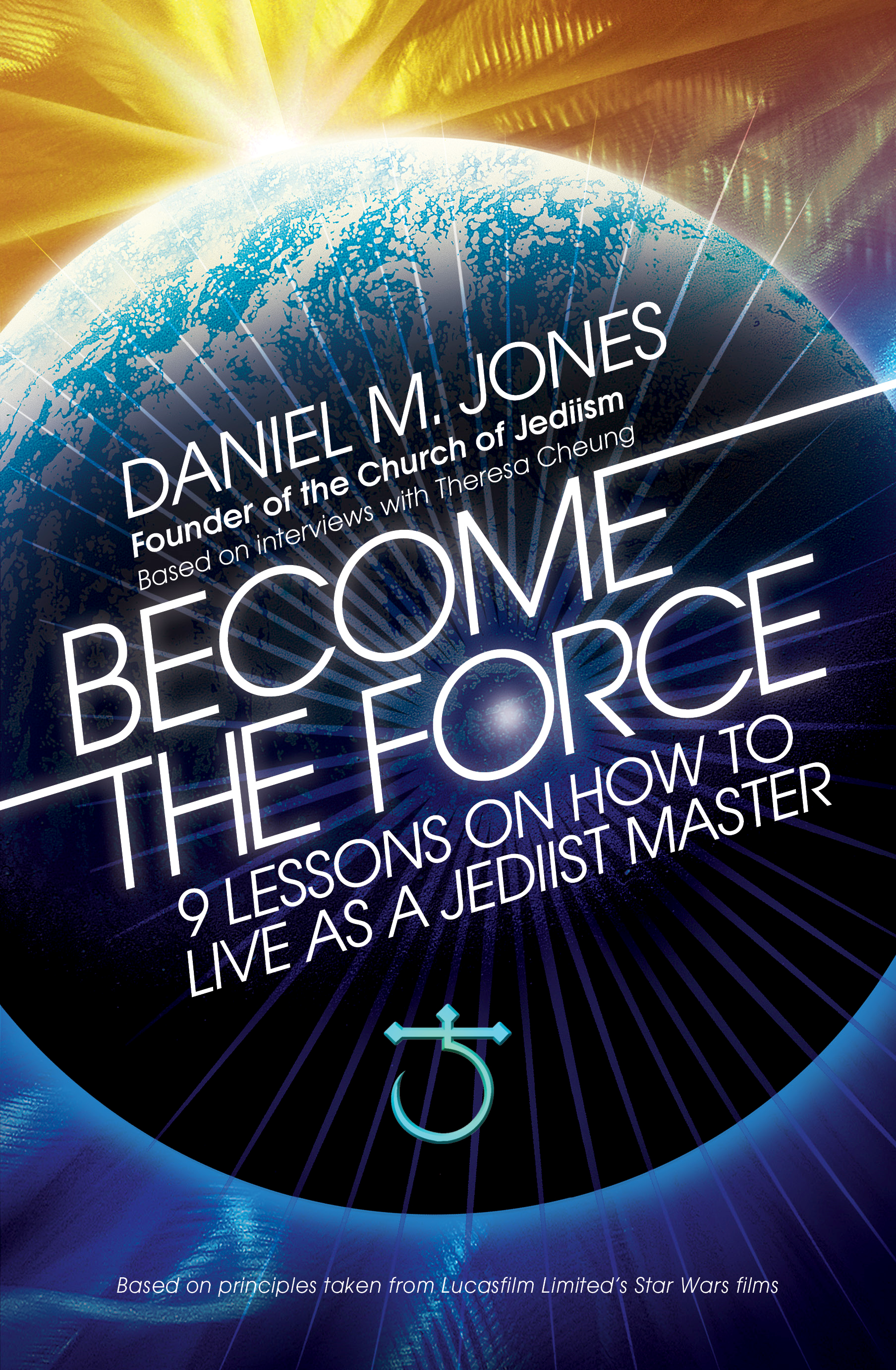 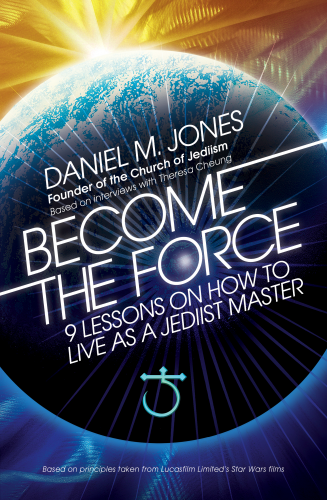 There are fans of films and then there are super-fans. Daniel M. Jones however, has taken this one step further. By founding the Church of Jediism, he has combined his love for the epic series with his quest for self-discovery and in doing so, built a worldwide community of followers who try to use the force for good.

‘Become The Force: 9 Lessons on How To Live as a Jediist Master’, out now on paperback, documents Daniel’s journey since the founding of the church in 2001. We share his journey through a series of interviews conducted by best-selling author Theresa Cheung.

Check out our review of the book below by Luke Walkley.

It’s not often I can pick up a book and read it in it’s entirety, between watching films and reviewing them, reading is a rare luxury. Similar to it’s author Daniel M jones, I’ve often found myself longing for answers to the big questions of life and existence, combine that with the fact that I’m a huge Star Wars fan and ‘Become The Force’ is pretty much tailored made for me.

Like Daniel, myself and many others, Star Wars has been a part of growing up. There are probably as many fans of Star Wars because their mother or father showed it to them growing up as there are who have followed it since the release of A New Hope 40 years ago. For me, it was my old man showing me the films and buying the toys that has had me hooked and eagerly awaiting this years ‘The Last Jedi’.

Perhaps the most startling thing about the book is the emotional topics it covers, with the fifth chapter in particular highly emotive as we hear how Daniel tackled the tough topic of dealing with the ‘dark side’ of the force. The teachings and wisdom of the words felt surprising as I read through the first few chapters but as I delved deeper, Daniel’s vision of how to live life start to make an awful lot of sense. It wouldn’t be a stretch to suggest that the concept of mindfulness, which has become a hot-topic in recent years, would benefit from this accessible approach created by using a hugely popular cultural icon such as Star Wars.

The book itself is an inviting read, with the 9 sections each a story in their own right, but working together to tell the enlightening and often hilarious story of the church’s conception. Credit must go to Theresa Cheung for creating a thoroughly engaging read through these sections.

The difficulties Daniel has faced in his own life make the story even more poignant and while each reader of ‘Become The Force’ will likely have experienced something different to the next, the underlying messages will still resonate.

‘Become The Force’ was, as much as I wanted to avoid the cliché, extremely hard to put down. I found myself six chapters in before bed and then finishing it the next day. The desire to finish the next section was strong enough to draw me back each time I stopped for a break. At first glance it might seem strange to recommend a book about Star Wars to someone struggling with their own questions of self-existence and purpose, but it’s a recommendation that I’d happily give out. ‘Become The Force’ offers enough insight to be eye-opening but it’s never obnoxious enough to become preachy.

It’s a thoroughly well crafted journey and one that I’d happily take again. ‘Become The Force’ channels the inspirational messages of it’s source material and to quote Obi Wan Kenobi ‘(Become) The Force Will Always Be With You’…

I’m not even sorry…

You can purchase the book on Amazon here.

Injustice: The Failure of Justice League, and Where It Leaves DC