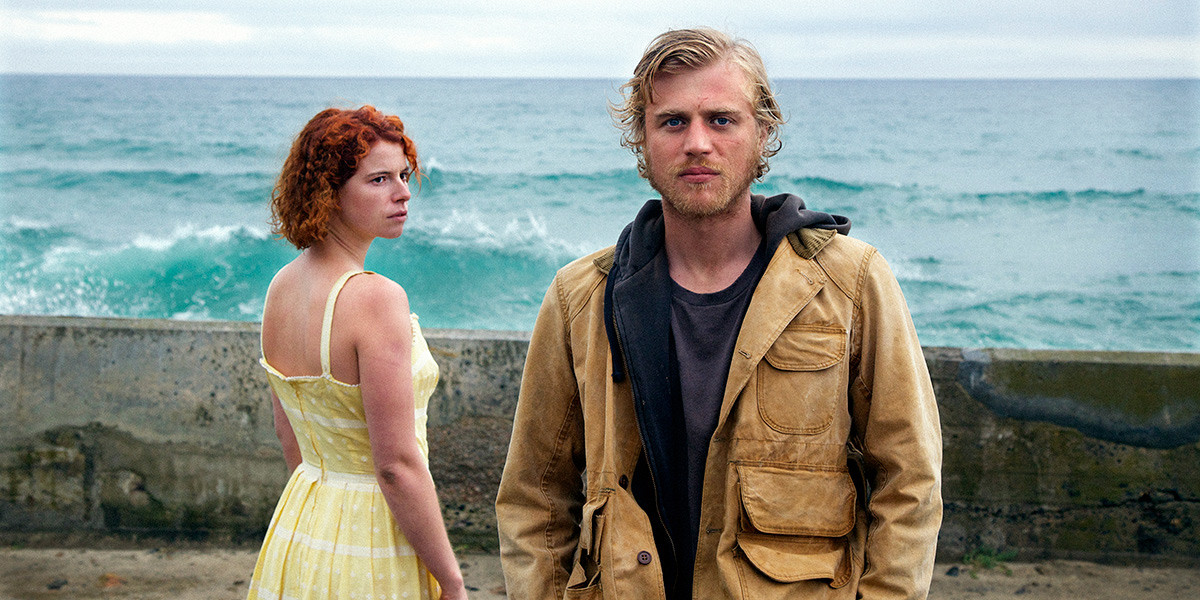 You mention Jersey and there’s no doubt that people of a certain generation immediately think of Bergerac; the detective who graced our screens in his burgundy Triumph roadster throughout the eighties. Well now is the time to put paid to that gentler island image, as Director Michael Pearce instills a far darker, more contemporary and fixating vision in our minds, courtesy of his debut feature Beast.

With a raft of successful award winning work behind him, Pearce (also on writing duties) has crafted a compelling drama that lures you in and entrances. At the heart of Beast is Moll, a young woman who still lives at home with her domineering mother and ailing father. Her successful siblings appear to have a life approved of by their uptight mother and Moll feels trapped in her unfulfilling, stifled existence. After escaping her own birthday party and spending the night dancing in a club, she meets local man Pascal who saves her from the forceful demands of a fellow reveller. He parallels everything in her life, he is charismatic, unkempt, a lawless poacher and an enigma who seemingly appears from nowhere at her time of need. Drawn towards him, Moll finds the courage to invite him in to her life, much to the distaste and anger of her mother. As their relationship progresses however, a dark shadow of suspicion falls over Pascal. Could he somehow be involved in the disappearance, rape and murder of several young girls?

From the very outset, Beast succeeds in creating an engaging and sympathetic character in Moll. Her sense of isolation, distance and numbness are palpable and when she breaks free from those confines, she starts to come alive. Meeting Pascal, the mysterious stranger who makes no judgement on her, the attraction is understandable and Jessie Buckley beautifully portrays the growing intensity of Moll’s feelings. It is a flawless performance which draws you deep inside Moll’s story. What is refreshing is the complexity given to her character. Rather than just portraying her as the naive innocent, her bullied past reveals far more. Secrets are gradually revealed and give shape to the nightmares she frequently suffers from. Nightmares that are depicted in a startlingly realistic and unsettling style, highlighting the power they hold over her.

The underlying story of the murdered local girls is weaved seamlessly in to the narrative, sensitively handled and constantly hanging in the air. The islanders want to find the guilty party and Johnny Flynn’s depiction of Pascal leaves room for the viewer to continually shift their opinion on his possible involvement. He succeeds in exuding charm alongside an aloof bluntness that is hard to pinpoint and his chemistry with Buckley is unquestionable. The intensity and strength of the couple’s feelings are conveyed in a mere glance, tugging at your own emotions as you urge them to succeed despite the attitudes surrounding them. With tension mounting, Moll is drawn further to Pascal and away from her judgmental family. A fantastic scene at the local country club will leave you rooting for the lovers and revelling in the fury of Moll’s mother (played by a perfectly cast Geraldine James).

By exploring the beasts that lie within us and the damage that we cause ourselves and others, Director Pearce deftly puts the viewer at the heart of the action. He seizes on the darker moments of the story, matching the light and colours to the mood as events intensify and Moll herself begins to doubt her new lover.

Hailing from Jersey himself, Pearce has crafted what feels like a very personal film, taking loose inspiration from the real life Beast of Jersey killer from the 1960’s. His script cleverly tugs at our hopes and fears, producing a captivating drama peeling at the edges with psychological thrills. Engaging, infectious and compelling, Beast claws its way under your skin and firmly secretes itself there.