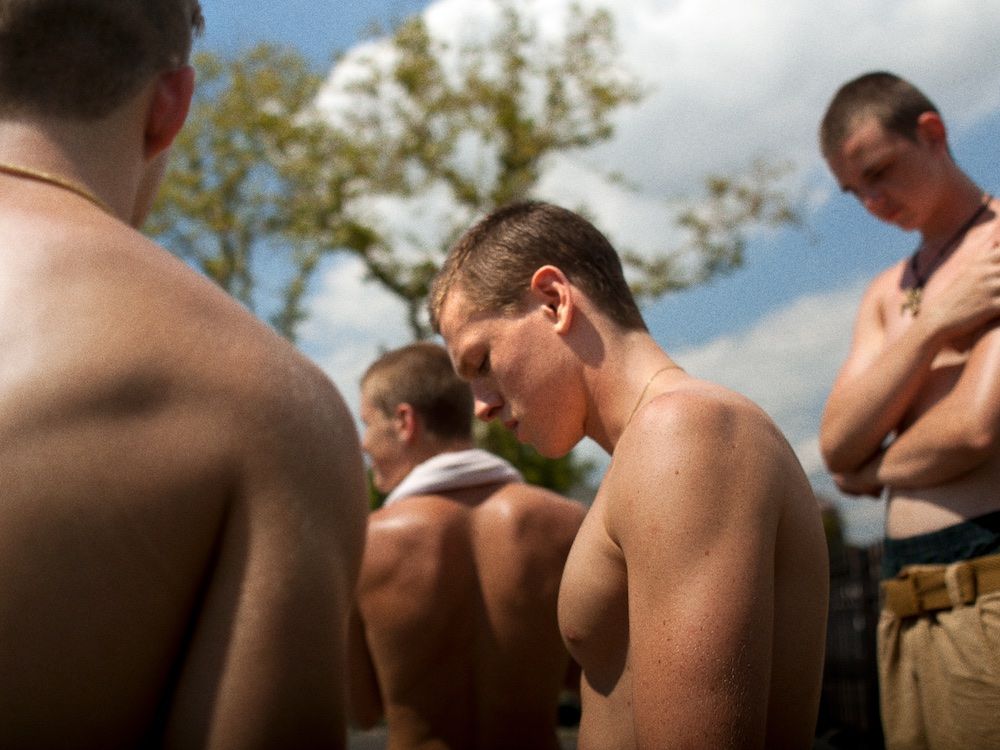 LGBT cinema is surging as of late, with films such as the Oscar-tipped Call Me By Your Name and this year’s Best Picture winner Moonlight winning over both critics and audiences and racking up accolades in the process. One smaller film that hasn’t gained as much traction, but certainly deserves attention is Eliza Hittman’s New York-set coming-of-age story Beach Rats, a low-budget indie that, like CMBYN, premiered at Sundance and follows a young man struggling with both his sexuality and his turbulent family life.

Frankie (Harris Dickinson) is a Brooklyn teen who spends his days hanging out with his friends, smoking weed, watching the fireworks down by the boardwalk and cruising gay chatrooms for liaisons with local older men. Frankie isn’t quite sure what he’s into yet, and strikes up a relationship with Simone (Madeline Weinstein – no relation to the disgraced producer Harvey), a flirty young woman he meets down the boardwalk one night. Frankie’s initially reluctant to take things into the physical stage with her, but soon finds himself spending more and more time with her whilst simultaneously increasing his drug use and his time on the chatrooms.

Beach Rats is Hittman’s second feature, following her 2014 debut It Felt Like Love, but feels like the work of a much more experienced, assured filmmaker. Shot on 16mm, the film has a bright, heady look that adds to the scenes of Frankie and his friends messing around on the beach, chilling in a vape shop. It doesn’t quite have the grainy look of 35mm but still has a more “real” feel than shooting on digital would have, and gives the film more of a “timeless” tone, which is exemplified by the lack of modern-looking mobile phones, laptops, etc – Frankie uses a desktop computer, his younger sister and her boyfriend spend their time out at the park, etc. With the exception of the vapes, this could very well be set 15 years ago, and the 16mm photography adds to the near-ambiguity of the timeframe.

Frankie – a genuinely fantastic performance from 21 year old relative newcomer Harris Dickinson – is a confused, conflicted young man, whose burgeoning homosexuality is still a secret, not only to his family (which includes his cancer-stricken father) and friends but also to himself. He portrays the seemingly macho, but really quite personally uncertain, young man as believably as any seasoned actor could, oscillating well between Frankie’s masculine antics with his friends and his girlfriend, and his almost timidness on the webcam to other men, occasionally conflating the two, bringing elements of both sides of his personality into connection with each other. There’s more than a hint of homoeroticism between Frankie and his pals, in their shorts and loose-fitting vests, as they lay arms on each other walking down the boardwalk under the fireworks. Hittman lingers on their physical interactions long enough to more than suggest this, but never explicitly takes things between them beyond “bromance”. Perhaps Frankie’s suppressed feelings began around his friends? Maybe they have homosexual feelings themselves?

The film has interesting things to say about toxic masculinity and its effect on the people around those who behave in such a way, but says them in quite subtle, nuanced ways. This is a film that respects its audience and has quite a loose, free-flowing narrative, never feeling the need to tie up loose ends or give easy answers. The characters – Frankie, Simone, his friends, his pubescent younger sister – all feel real, never falling into stereotypes that they could have easily been.

Anyone looking for a lesser-known LGBT film – or similarly a coming of age film for that matter – will find a lot to like here. Beach Rats engages and entertains, telling a genuine, heartfelt story that will, and certainly should, connect with audiences in a way that a lot of similar stories don’t.

Related Topics:Beach Rats
Up Next