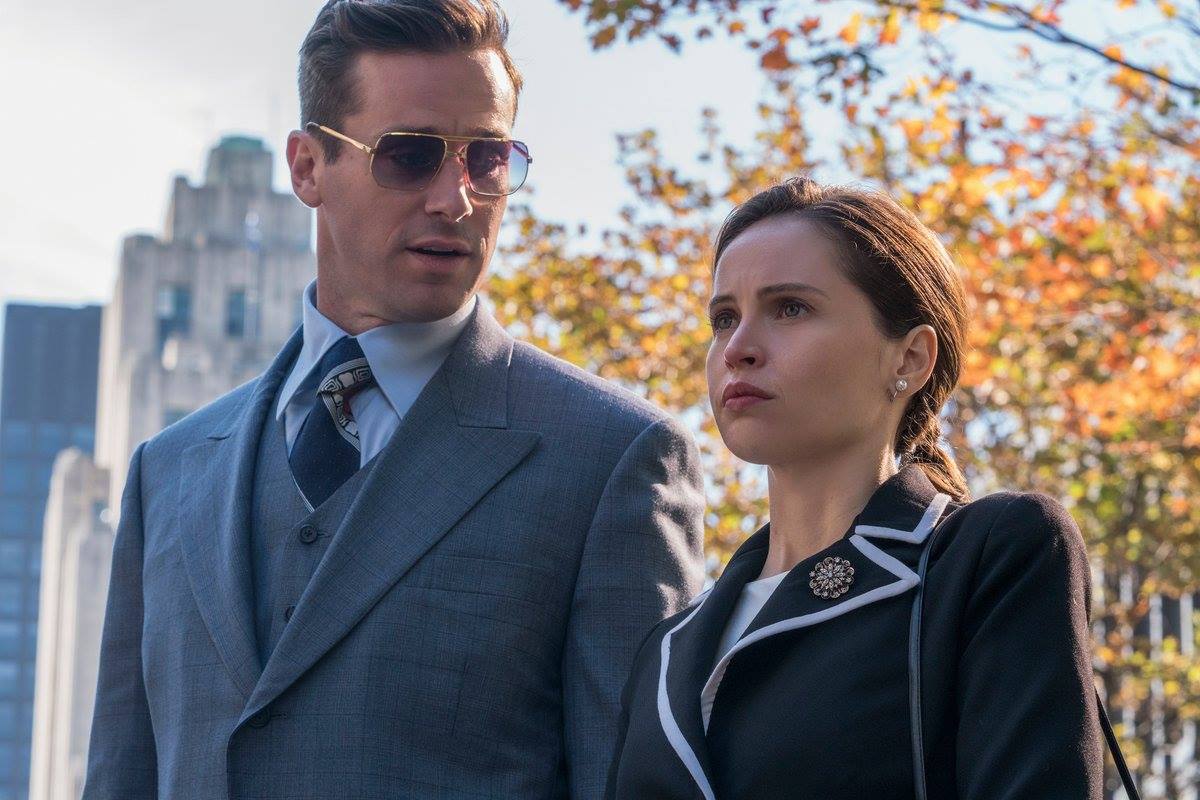 ‘The word woman does not even appear once in the US constitution. Nor does the word freedom… Your honour’.

A hot topic not just in the film industry but across many a job sector. The first trailer for ‘On The Basis Of Sex’ starring Felicity Jones, Armie Hammer, Justin Theroux and Jack Reynor, depicts the remarkable struggle and story of lawyer turned Supreme Court Justice Ruth Bader Ginsburg (Jones), as she brought a landmark case before the U.S Court of Appeals in order to challenge many years of gender discrimination.

The film is directed by Mimi Leder, who played an integral part in the success of acclaimed HBO series The Leftovers. ‘On The Basis Of Sex’ is released on 8th February 2019.

Related Topics:Armie HammerFelicity JonesOn The Basis Of Sex
Up Next