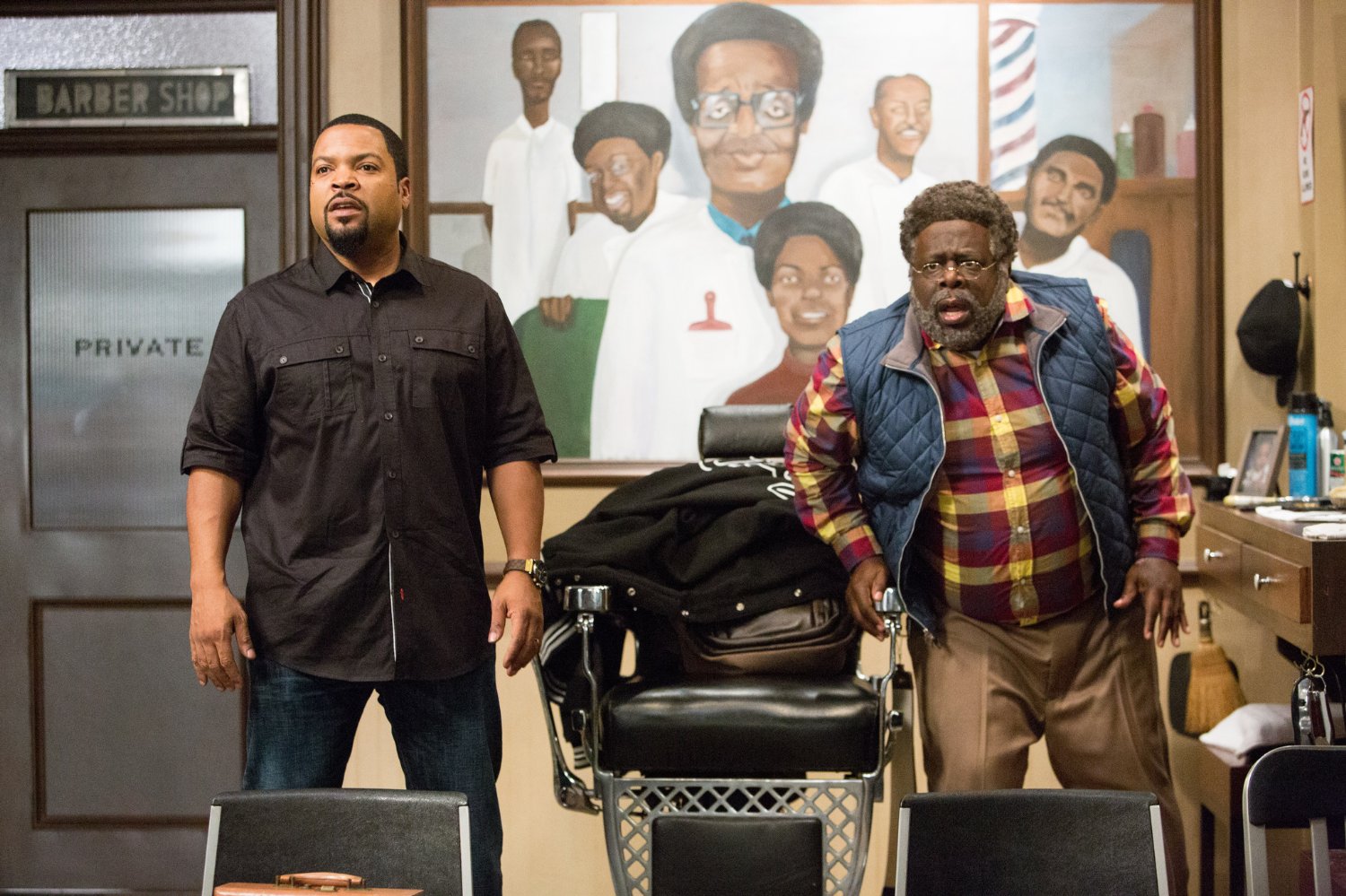 It’s been 12 years since we last visited the Barbershop franchise and you could be forgiven if you were wondering why exactly another sequel was needed. The franchise has got something of a cult following though and Barbershop: The Next Cut is actually a prime example of the phrase ‘absence makes the heart grow fonder.’

Ice Cube reprises his lead role as Calvin whilst several other cast members return, most notably Cedric The Entertainer as Calvin’s cantankerous colleague Eddie, whilst several new additions have arrived in the shape of new female employees, who run a beauty parlour alongside the barbershop.

Times have changed since the last Barbershop movie but in many ways things are still the same. The Barbershop still remains as a safe haven for topical conversation and friendly banter, whilst the addition of the female cast adds some serious spark to these discussions. Nicki Minaj shines here as Draya, one of the head beauticians, throwing back razor sharp barbs and observations and the men when they even dare touch upon some slightly more misogynistic issues . Life is all good at the shop but life in the surrounding neighbourhood is not so good. Gang related crime is on the rise and the shop is having it’s very livelihood threatened by both the threat of gang trouble and gun crime and a proposed movement by the council to prevent it.

The Barbershop franchise has never been afraid to tackle topical debates and, especially in the wake of current events The Next Cut feels fresh and challenging, even if it does lack subtlety. Discussions on race, gun crime, politics and gender equality are all present and correct and all handled with the right balance of seriousness and humour.

Where the film does struggle however is in balancing its many different (and mostly predictable) sub-plots. One sub-plot about a failing marriage, for example feels shoehorned in with no real purpose to the grand scheme of the movie. It is during these segments that the movies considerable run-time starts to drag a little bit.

Despite its flaws though Barbershop: The Next Cut is an amusing and effective return to the franchise that still feels as relevant and important now as it did 12 years ago. Even if the social commentary isn’t your cup of tea, the film is still funny as hell anyway.

The Secret Life Of Pets