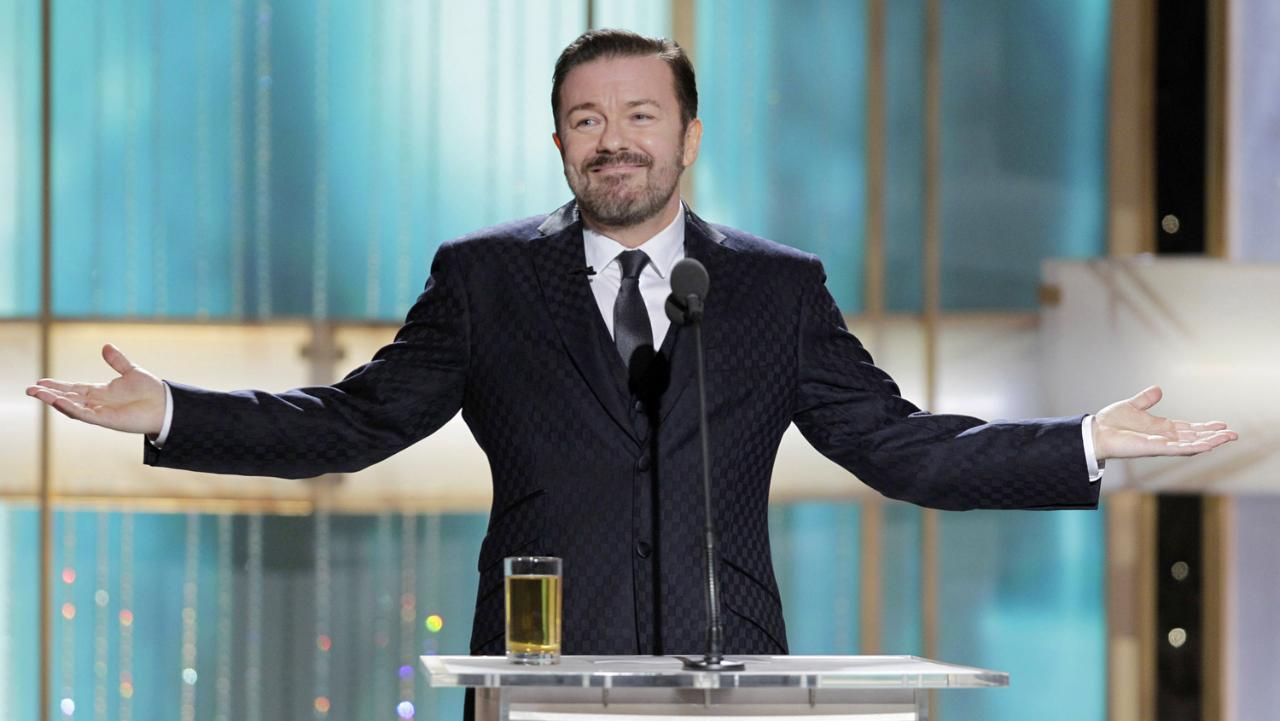 Ricky Gervais, creator of The Office and Extras and more recently the controversial host of the Golden Globe awards, is to be honoured by BAFTA LA for Excellence in Comedy.

Gervais will receive his award at the British Academy Britannia Awards, held in Los Angeles on 28 October. The gala will be hosted be fellow Brit Jack Whitehall for the second year running. The Charlie Chaplin Award for Excellence in Comedy recognizes talent whose popularity and cultural impact exemplifies the uniquely transcendent quality of excellent comedy.

“Ricky Gervais is a comic genius. He is provocative, edgy, and his observations on life have brought us some of the best comedy moments ever in television and film” said BAFTA Los Angeles CEO Chantal Rickards. “He crosses the pond with consummate ease, continues to push the comedic boundaries, and we’re looking forward to raising a glass to his incomparable talents at the Britannia Awards.”

The Awards are designed to celebrate the creative relationship between the US, UK and rest of the world in what they call BAFTA’s biggest night in Hollywood.

Ricky Gervais began his career on Channel 4, but made his name during his stint on radio station XFM, where he met Stephen Merchant and muse Karl Pilkington. He would go on to win multiple Golden Globe awards for writing, directing and starring in The Office and Extras, before going on to host the awards four times in the past seven years.

His latest film, David Brent: Life on the Road, is in cinemas this August and you can WATCH THE TRAILER HERE