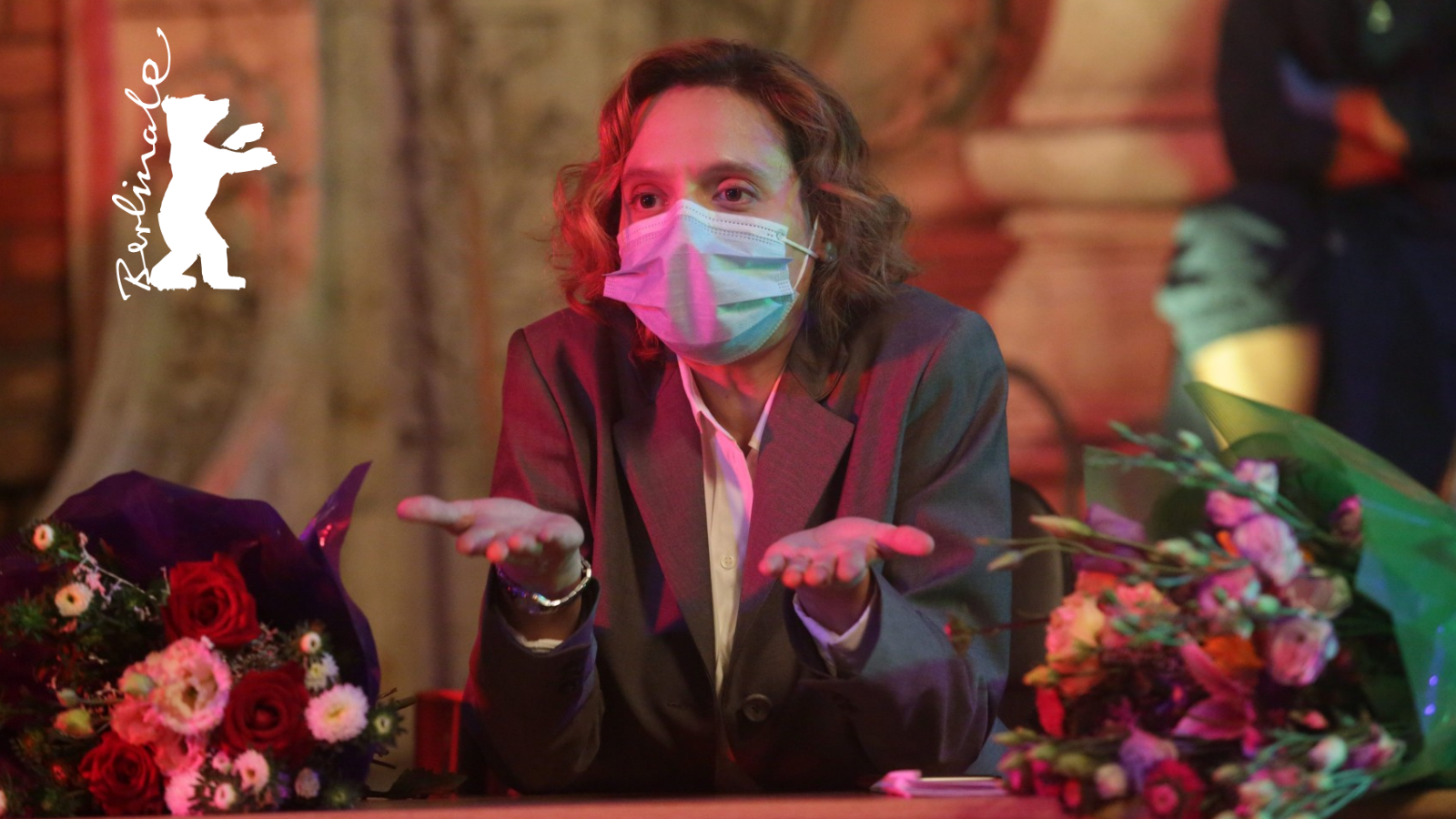 The film is broken into three chapters as Emi (Katia Pascariu), a school teacher, finds her career and reputation under threat after a personal sex tape is leaked on the Internet. Forced to meet the parents demanding her dismissal, Emi refuses to surrender to their pressure.

The film opens up in a brutish manner as we see the sex-tape being filmed in front of our eyes. Jude is emphasising the normality of sex as it should not be anything to be embarrassed about. Once the tape is out on the web, the community’s backlash is where the toxicity lays. As we follow Emi walking around doing her chores, you notice how people are treating each other, and the comments were thrown out there are outlandish. The toxicity of the world can be felt in the early moments of the film, yet humanity’s stupidity can also be hilarious.

Jude’s film is asking us how far did society go during the pandemic? At what cost do our civil liberties have to be degraded by others? Why must we repeat the past with right-wing politics? This film is for discussion with others, and in the time of Covid-19, this is perhaps one of the most authentic to show the true mindset of some people. As we enter the last chapter, Emi is on trial at a kangaroo court from her pupils’ parents. These parents are repeating all of the ideas Jude has thrown at his audience. We can be sheep at times and imitating others who we believe to be righteous. While not all the characters radically think this way, the emphasis is there.