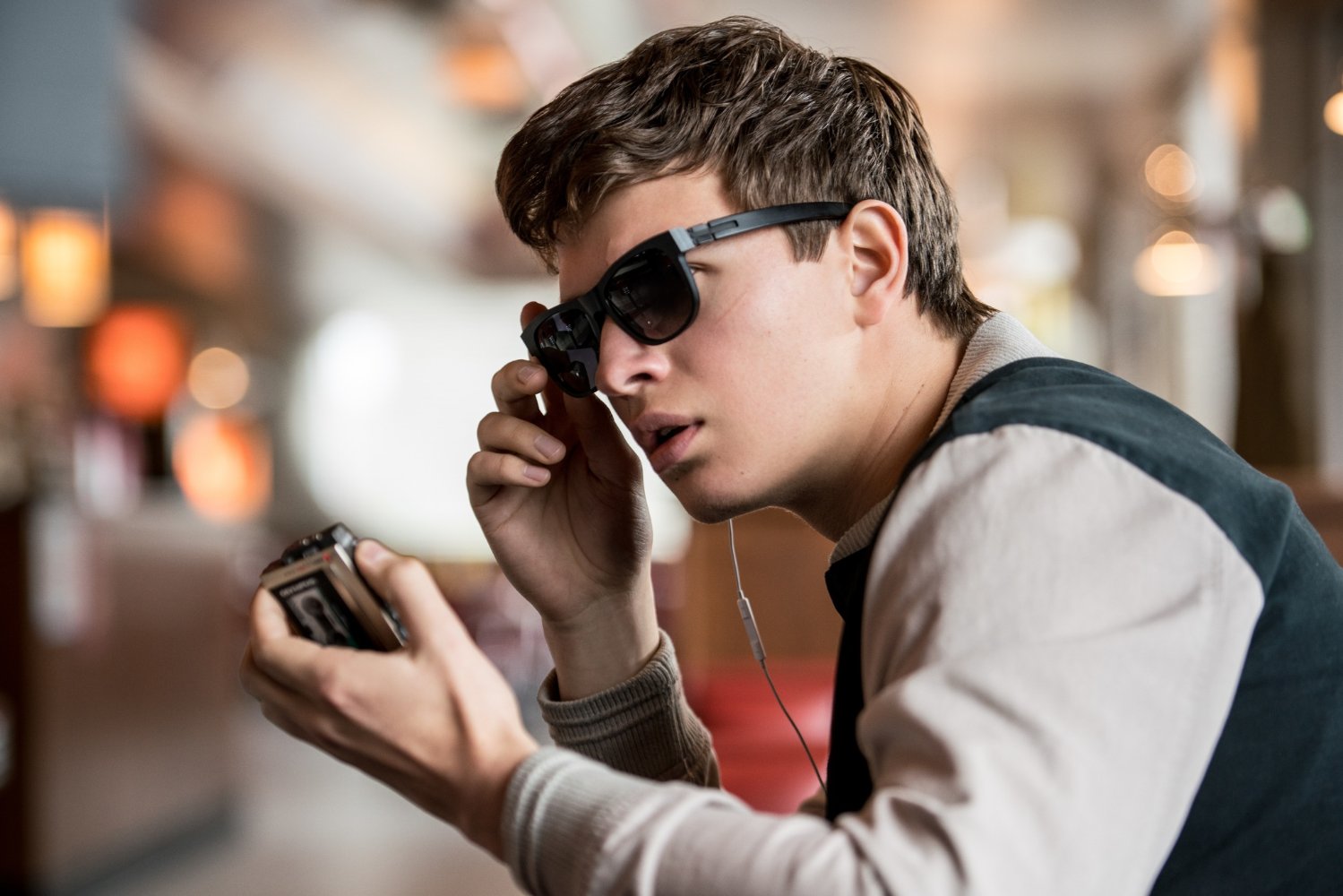 Crafting thrilling and tasty cinematic concoctions through his adored genre-leaping Cornetto trilogy of Shaun Of The Dead, Hot Fuzz and The World’s End.

Sadly the transition from Scott Pilgrim Vs The World, a hyperactive comicbook adaptation littered with killer videogame references. To creating another giant hit for Marvel Studios out of a character smaller than an atom, proved surprisingly troublesome as his version of ‘Ant-Man’ was ultimately squished.

Now 2017, the beloved Brit filmmaker Edgar Wright is back. Set to an irresistible soundtrack that is as eclectic as it is excellent, Baby Driver is both a head-bopping, toe-tapping thrill-ride and exhilarating homage to the pedal-to-the-metal car classics of the 1970’s.

Exuding confidence right from its brilliantly inventive opening frames, Ansel Elgort’s tinnitus suffering protagonist is undeniably talented behind the wheel. He might be the go-to getaway guy for his tough talking crime boss Doc (a terrific Kevin Spacey), but Baby is a heavily mocked ‘enigma’ to his fellow crew members, as he drowns out the exposition with his impeccable iPod playlists.

Reluctantly working alongside unorthodox figures like Jon Hamm’s and Eiza Gonzalez’s trashy Buddy/Darling double act, along with the all guns blazing approach of Jamie Foxx’s Bats, he seeks solace in Lily James’ charming waitress Debora. Their meet-cute in a diner that is steeped in sentimental value for Baby, he believes this is the romantic detour that will see him escape fulfilling the duties of one last job for Doc.

The rhythmic rapid-fire editing of its superior action. The healthy dose of comic zingers and inter textual references. The almost cartoonish violence. Traits we’ve really come to associate with the back catalogue of Wright, that are all impressively integrated into the framework of Baby Driver. Yet the film’s real craftsmanship and artistry lies in the ingenuity of how it incorporates its musical choices.

Elgort’s Baby possessing lip-sync skills that may see him get a call from LL Cool J. His figure movements on the beat as he mirrors the scenery, whilst the sounds of Atlanta provide an extra layer of percussion, enriching a classic track. It regularly serves as a masterful example on how music can truly propel a sequence or a narrative forward, through meticulous choreography and construction.

Arguably on the Hollywood fringes up to now. Consider Ansel Elgort’s performance as Baby a true showcase of his talents, consistently owning the frame, as he navigates through a potentially kitschy backstory with an abundance of charisma and charm. There is a surprisingly sweet under layer to his leading man too, epitomised by the heartfelt relationship with his deaf stepdad Joseph (CJ Jones), with their sign language scenes thankfully avoiding feeling like a cheap one-dimensional plot device.

Further typified by the dynamic established with Lily James’ Debora, who is a cute contained counterpoint to the extremely erratic personas of its otherwise seasoned ensemble, as deliciously dark turns particularly from Jon Hamm and Jamie Foxx drive us towards a blistering conclusion.

Foxx’s Bats may declare he’s not a fan of the show tunes. But for the rest of us. Baby Driver is a scintillating Summer show-stopper, that sees its director cement his status as a jukebox hero.

It Comes At Night