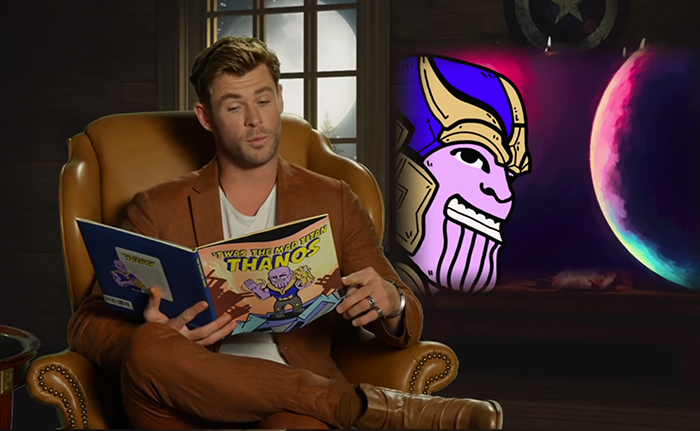 The press for Avengers: Endgame is in full swing now, with less than three weeks until the film’s release, and the cast of the forthcoming superhero blockbuster dropped in on Jimmy Kimmel Live! to read a more ‘kid-friendly’ version of their previous film – Avengers: Infinity War.

“Grown adults left the theatre crying,” Kimmel began by explaining, in reference to Infinity War’s harrowing conclusion, in which big-bad Thanos (Josh Brolin) snapped his fingers and instantaneously extinguished half of all life in the universe.

“While children love superheroes, I’m not so sure how they feel about intergalactic genocide,” Kimmel continued, accompanied by a tittering crowd, “It’s no fun to see Spider-Man die. To get the kids back, we wrote a version of that movie that’s kid-friendly, a children’s book, and we asked the Avengers themselves to read it for us.”

Avengers: Endgame is in UK cinemas from the 25th of April, and is rated 12A.

Nadja Regin, Bond Girl In From Russia With Love And Goldfinger, Has Died Aged 87