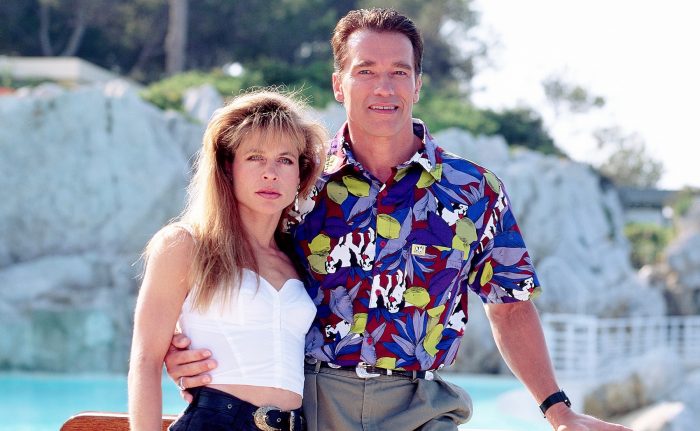 The Governator himself, Arnold Schwarzenegger, has shared an on-set photo from the latest Terminator sequel with his original co-star Linda Hamilton.

The picture, to celebrate Hamilton’s birthday, contrasts the two as they looked back filming the original James Cameron-directed classic back in 1984 with an exclusive look at the forthcoming sequel. 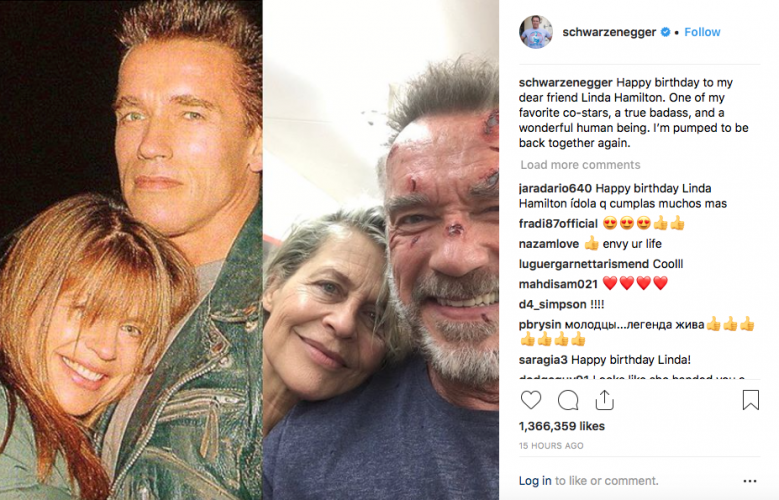 The sequel, which is as-of-yet untitled, is being directed by Deadpool’s Tim Miller and also stars Mackenzie Davis, Diego Boneta, and Gabriel Luna.

Arnold Schwarzenegger has played the T-800 five times, with this latest effort being his sixth go in the boots of the relentless robotic killer. The feature is currently shooting in Spain, and is eyeing a November 15th, 2019 release date.