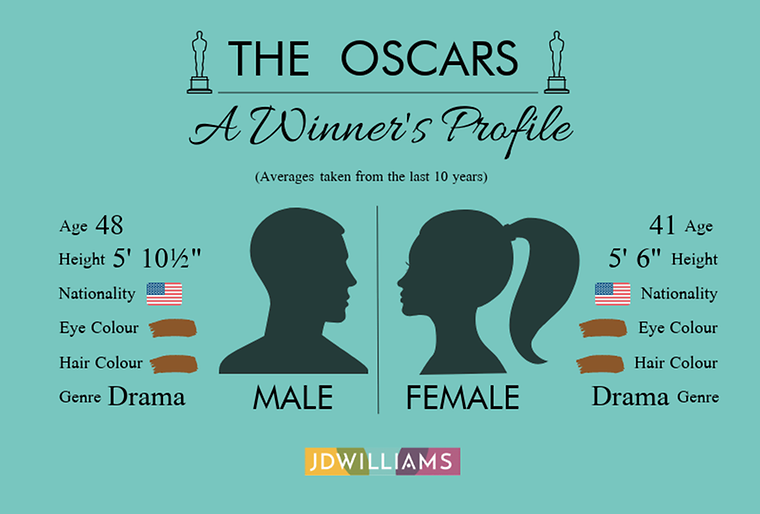 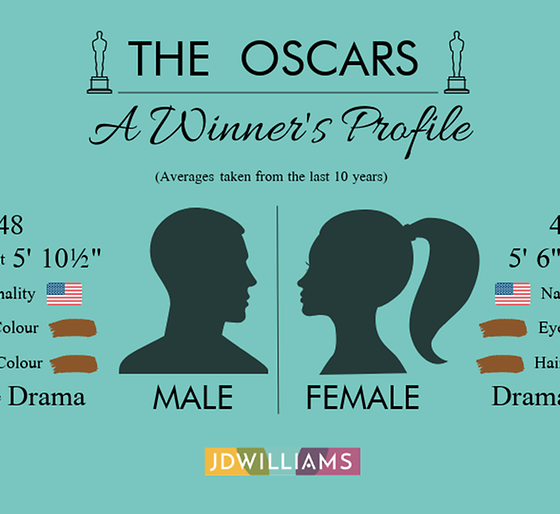 Are The Over 50s Represented Within The Oscars?

Representation in the movie industry has been a hot-topic over recent years, with the inclusivity of those of different gender, race and sexuality all coming under scrutiny.

Perhaps then, one area that hasn’t been looked at as closely is the representation of age in Hollywood, particularly at it’s showpiece event of awards season – The Oscars.

In a new piece of research by online retailer JD Williams, the representation of those over the age of 50 has been looked into and it makes for fascinating reading.

The Oscar nominations are always fuel for conversation and as the research suggests, the five main categories are a good indicator of representation.

One chart highlights the difference in the number of men v women over 50 nominated in the main acting categories. Since 2015 just 13 women aged 50+ have been nominated as opposed to 33 men of the same age group.

When it comes to Oscar winners though, the data makes happier reading for those aged 50 and over.

Over the past ten years, 2018 had the highest average age of the winners, both male and female. at 56 years old.

It’s perhaps more interesting then that the average age of male winners has never dropped below 35 in the past ten years whilst in the same period, the average winning female age has twice been 25 (In 2013 and 2016)

This years awards could see a dramatic change in the average winners age once more – with The Wife star Glenn Close (71) up against Roma’s Yalitza Aparicio (25) – all will be revealed this coming Sunday!

You can read the full article here