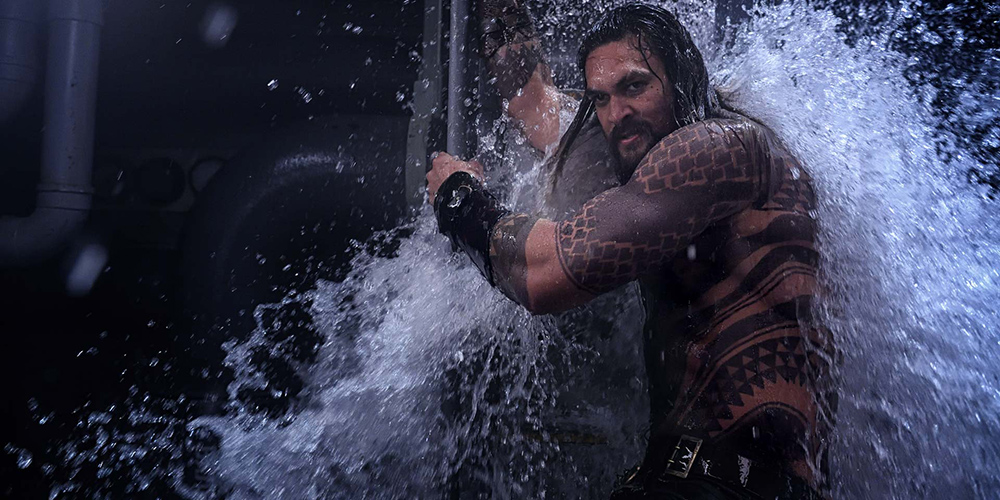 What must working on a DCEU movie be like? After Batman v Superman forced Wonder Woman to conjure up some wildly contradictory story elements, and the subsequent Justice League the same, it’s fascinating to think of a group of filmmakers being mid-production on a whopping scale tentpole flick and discovering that what they’re geared up for now has to change. Marvel faced this issue, to an extent, several years ago with the Edgar Wright/Ant-Man debacle, but what’s a rarity for the House of Mouse appears to be just another Tuesday for the world of DC. And Aquaman, as baffling a mess as it is, only cements that reality further.

Take, for instance, a moment in this flick in which our hero – human-raised Atlantean heir-apparent Arthur (Jason Momoa) – casually asks “what’s your name anyway?” of his rather transparently-destined love interest, Mera (Amber Heard). We, as an audience, know that that line’s there to make Momoa seem just a little dismissively badass. Pay even the slightest mind to it, however, and your only previous interaction with his character begins to raise niggling plothole questions. Questions like “wait, why’d you specifically seek this woman out in the last movie if you didn’t know her?”, “why did you and this anonymous woman have what was clearly an established relationship if you were strangers?”, “why did they do that weird air-pocket thing but they don’t now?”, and, most crucially of all, “who on Earth thought an Aquaman movie was a good idea?” 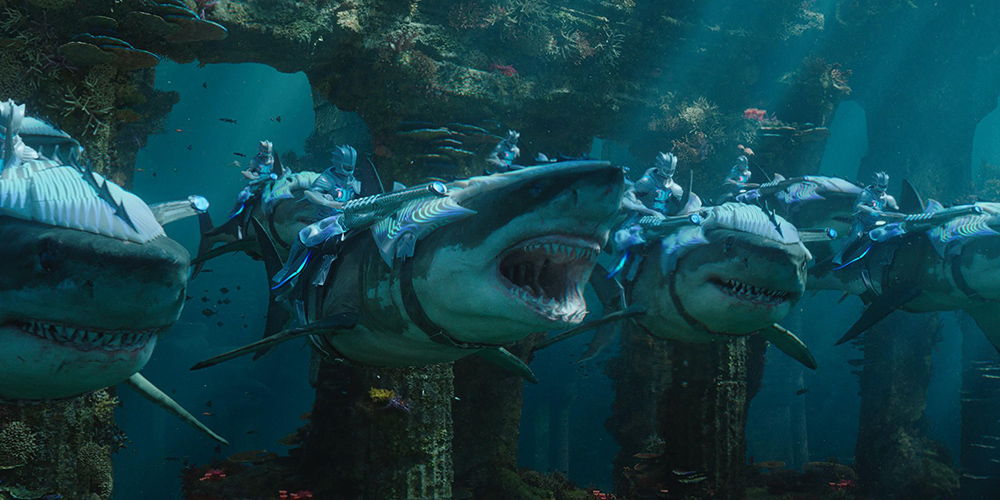 That last one, to be fair, is more of a prevalent thought throughout horror supremo James Wan’s latest foray into big-budget spectacle. Previously the butt of a sustained Entourage joke, we now have a bonafide live-action Aquaman movie, and if you thought fusing the otherworldly realm of Atlantis with the grimdark nausea that’s come to define the DC cinematic universe would land anywhere close to being a jarring mess, well, you’d be right. You could also easily save yourself nearly two and a half hours of what’s mostly tedium by just sitting this one out. To be honest, yet again, the animated DC content’s long lapped this one.

Following the events of Justice League (referred to in a patronising way that suggests “please stop remembering there were other movies, we beg of you.”), Arthur “the Aquaman” Curry is spending his days defending the oceans from the various intrusions of man. His estranged half-brother Orm, however, would rather take the offensive angle. Orm, you see, is only Arthur’s maternal brother, and, while Art’s been hitting the gym on the mainland (he was bullied as a kid, we’re shown in one of many flashbacks), Orm’s been ruling Atlantis and setting himself up to unite the seven seas under one banner, with plans to march on the world of the humans once and for all. The only way to stop him, of course, is for Arthur to assume his rightful place on the throne (despite such a position making no monarchal sense whatsoever, but, hey, fish people) and the only way he can do that is by locating the lost trident of Attilan, the ruler of the seas. So, just to be clear, Aquaman had a trident in Justice League, he also has one that used to belong to his mum, but we need a third one now because that’s the magic one. Reminder: fish people. 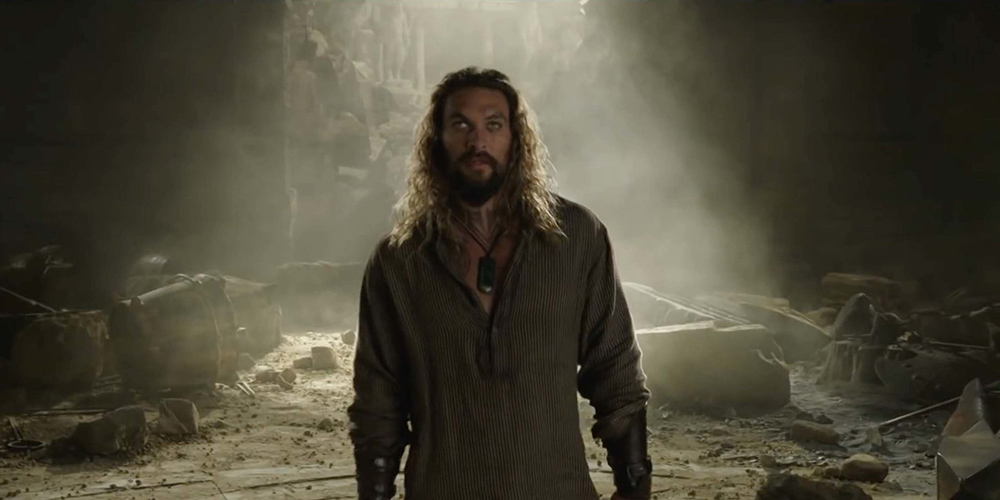 It’s as hokey as it sounds, with nary a shred of the tight cohesive style of Wan’s last foray into the lantern-jawed popcorn realm with Fast & Furious 7 (which, admittedly, plays like Chaucer at the side of this). Though hardly blameless, you have to give Wan something of a free pass with Aquaman – this is, after all, a ludicrous concept even by comic book movie standards, with a literal other world to be depicted underwater via extensive CGI, decades upon decades of mythology that feel more mandated than organically included, and a cast pre-selected by not even the previous director but the one who quit before him. That’s a lot for any skilled director to take on, and Aquaman might be the most damning example of the pitfalls of franchise culture yet. It’s so mandatory and phoned in. It’s not Justice League bad, but it’s Suicide Squad lame.

Momoa, for what it’s worth, is visibly enjoying himself – despite there being a surprisingly limited amount of a movie called Aquaman dedicated to Aquaman himself. Amber Heard, though, seems to be painfully aware of this – leaping on every chance afforded her to try and steer the tone into something presumably intended to be fun, but feeling oddly outdated and patronising in execution. Arthur and Mera may be destined to rule the seas, it would appear, but their dynamic isn’t really dissimilar from something you’d experience on an episode of The King of Queens; he’s a dumbass, but the man, she’s “only the woman”, but way smarter and with a sarcastic tongue. It’s witless but, to be fair, it’s written and played in such a way that you never feel there was an attempt to swing for wit to begin with. But, fish people. Remember the fish people. 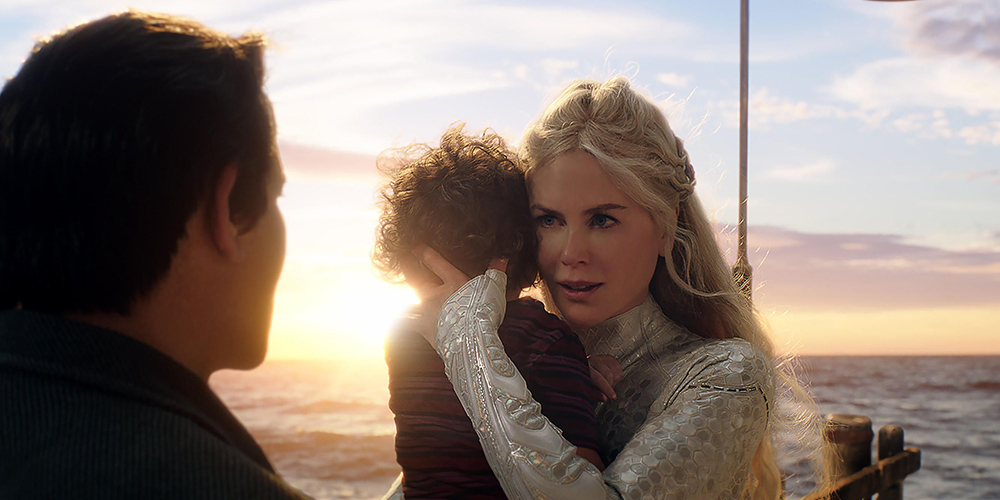 Amidst the bevy of CG-laden supporting cast members, meanwhile, is a roster of impressive talent you can’t imagine having any idea what’s really happening on the large green felt stage around them. Willem Dafoe’s pretty much leaning back into his stock Great Wall paycheck persona, Patrick Wilson’s not seemed this visibly embarrassed since The A-Team, and, while it’s always nice to see Temuera Morrison back on screens you have to feel for Nicole Kidman, who was presumably pitched a very different role to the mystifying drivel she’s actually given to work with.

Nothing ever quite comes together for Aquaman. The humor of it – initially the one thing that sets it apart from any other DCEU flick bar really Wonder Woman – quickly dies off as you approach the mid-point, the underwater visuals never feel anything other than ridiculous, and the action defaults to the fast-punch slow-blow aesthetic so often you’ll periodically wonder if the cinema screen is buffering somehow. It’s badly written, badly paced, and badly designed – with numerous story elements tossed in for what feel like nothing more than old nineties “toyetics” (see Yahya Abdul-Mateen II’s hilariously phoned in sub-villain for a prime example) and story revelations so thunderingly gormless that the biggest twist is that they were considered twists to begin with. DC may be putting out some of the best superhero content on TV nowadays, but it remains stupefying that they could simultaneously produce a $200m blockbuster that would feel narratively underwhelming in 1994.

That first half’s got just enough cocky charm to follow through on its rather limited ambitions, yet, outside of that, it’s simply consumed by the pressures of the lumbering stupidity forced upon it. A star vehicle for nobody bar an FX team that just really liked the look of Avatar, Aquaman’s like watching something with all the pomp of 1995’s The Phantom being waterboarded whilst having Crayolas thrown at it, and it makes about as much sense at the best of times. Despite all the potential for this to finally be the DCEU’s Thor, what you get is simply lost at sea, having actually shot for something a little closer to an idiotic version of Thor: Ragnarok instead drowning on the salty taste of its own ineptitude. 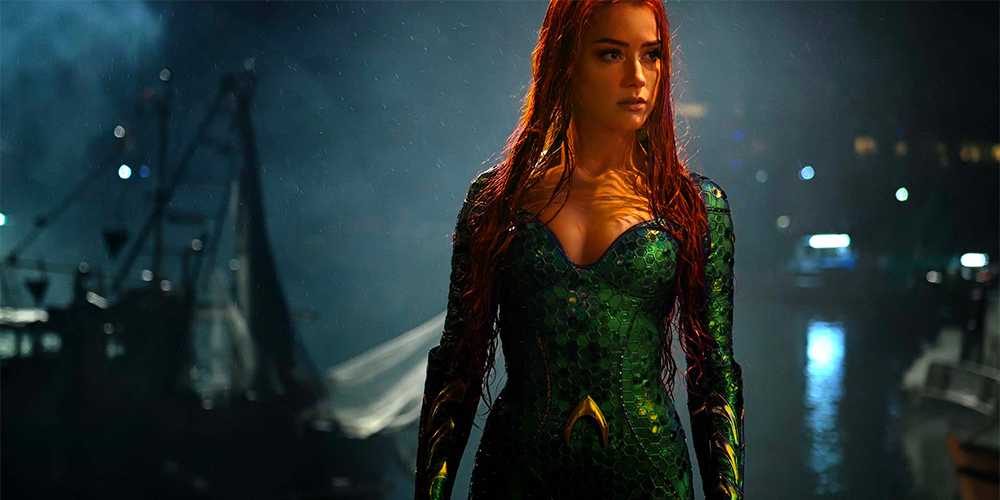 The reason Aquaman made for such an entertaining gag when Entourage whipped it out all those years ago now was that it was always going to be too ridiculous to ever happen. Well, this is 2018, ridiculous is now our bread and butter – and, as far as our cinematic superhero outings go – this is decidedly the most ridiculous offering yet. Though, while ridiculous doesn’t have to mean it’s not fun, Aquaman simply isn’t. It already feels like a contemporary take on a property that’s since become outdated, and there simply isn’t the charm to pull it off as a throwback piece.

Aquaman feels, at times, like it wants to be an adventure on par with the Brendan Fraser Mummy series, but it struggles to keep its head above water on its own very basic merits before reaching for comparatively loftier ones. It simply lacks any engaging hook to draw you in and, as such, the goofiness of hearing actual comic book lore spewed out never gets to become more than a quirk, and not even an amusing one. Walking away from it, it doesn’t even linger with you, feeling so perfunctory and by the numbers that it’s essentially utterly forgettable.

More seasick than sea-captain, Aquaman is like a mid-naughties McConaughey-level adventure, minus the charm and fun. And, y’know, with fish people.