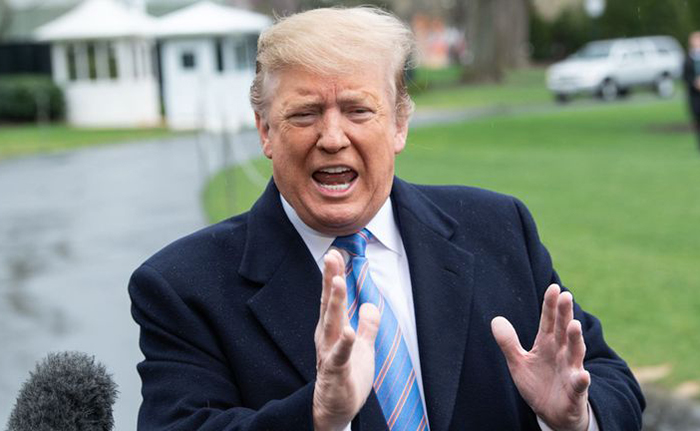 According to White House insiders, a special screening of anti-abortion feature Gosnell: The Trial of America’s Biggest Serial Killer, has been scheduled for this Friday by President Trump’s media team.

The film, a low-budget crowd-funded drama starring former Lois & Clark: The New Adventures of Superman star Dean Cain and directed by Nick Searcy, tells the true story of Kermit Gosnell – the notorious abortion doctor, and anti-choice boogeyman, who preyed on low-income women with little-to-no options left. Gosnell was convicted of murdering three infants who were born alive during attempted, illegal late-term abortion procedures, by severing their spinal cords with scissors. He was also convicted of the involuntary manslaughter of one woman during an abortion procedure. Gosnell was sentenced to life in prison for his crimes.

Anti-choice campaigners have repeatedly criticised mainstream media for ‘failing’ to continue to report on the news, beyond the initial reports and the doctor’s trial, and as such crowdfunded a hardline drama to tell ‘the whole story’. The film currently sits at a 57% Rotten Tomatoes score, where critics have called the feature an “amateurish”, “ghoulish… snooze-fest/sermon that preaches only to the choir.”

Gosnell: The Trial of America’s Biggest Serial Killer opened last year, and made just $3.7 million at the box office.

President Trump has, up until now, chosen not to feature politically-charged films at White House screenings. Reportedly, invitations to the screening have already been sent out to a smattering of high-profile anti-choice activists, and security background checks for those guests are presently underway in order to ensure the event runs smoothly.

The White House screening for Gosnell: The Trial of America’s Biggest Serial Killer could not have come at a worse time for pro-choice activists. With widespread fear that the historic Roe v. Wade decision that made abortions legal on a wide scale is in danger of being overturned, states across the US are enacting so-called ‘Heartbeat Laws’, as the consequences of the surge of right-wing populism and Conservative talking points begins to take root in America’s heartland. In Georgia, lawmakers this week passed a bill that bans abortions if a foetus’s heartbeat is detected, overruling the previously agreed-upon scientifically-safe ruling of up to 24 weeks of pregnancy. A foetal heartbeat is found, on average, after just 6 weeks.

The Trump White House has refused to comment on the forthcoming screening.