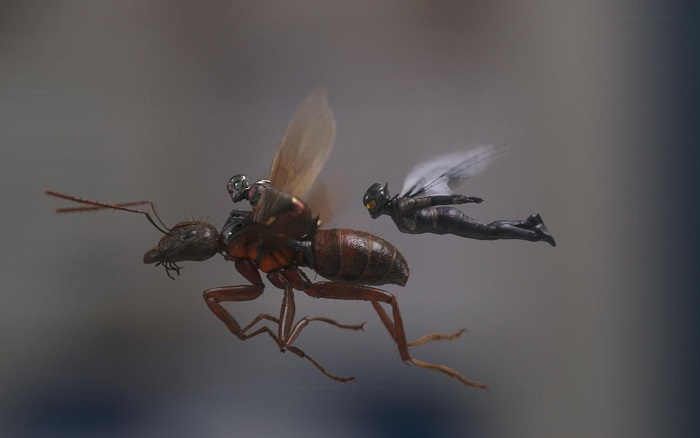 Ant-Man & The Wasp finally opened in China this weekend, premiering to the tune of $68 million – the 4th-highest opening for the Marvel Cinematic Universe in the Middle Kingdom.

$68 million brings the Paul Rudd and Evangeline Lilly-fronted Ant-Man & The Wasp to a global haul of $544.1 million, and the superhero sequel is still yet to open in Japan and a handful of other territories.  Also in China, Jason Statham vehicle The Meg reigned supreme during the Monday to Thursday midweek box office, only falling to #3 on the charts behind the MCU’s latest and local flick Big Brother (starring Rogue One: A Star Wars Story’s Donnie Yen) come the weekend.

That strong showing midweek brings The Meg’s Chinese total up to $143 million, for a worldwide total of $408.6 million.

Domestically, Crazy Rich Asians stayed on top with a further $25 million gross, for a total cume of $76 million in the US, and $83.9 million worldwide. The feel-good flick broke records in Singapore and Malaysia, where it had the biggest debut for a romantic comedy of all time (the film is set, and partially shot, in Singapore).

Both Ant-Man & The Wasp and The Meg are still in UK cinemas, rated 12A. Crazy Rich Asians has had its UK release brought up, and is now due to bow on Saturday the 1st of September.