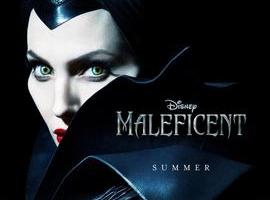 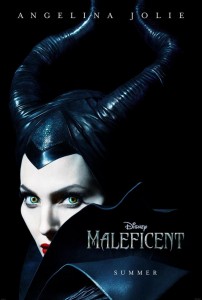 The first movie poster for the new Disney movie ‘Maleficent’ starring Angelina Jolie as the villainous queen has been released.

The film will tell the fairytale story of Sleeping Beauty from her stepmother’s perspective as Mistress of All Evil which set to be released in the summer of 2015. Elle Fanning, younger sister of Dakota, will star as Aurora.

Jolie has admitted that her character scares the children who visit the set, all except her own daughter, Vivienne.

She said at a Disney expo in August: “These little kids would visit the set, and I would think, ‘Oh, I am a Disney character,’ so I would go over to them, and say, ‘Hi there.’ They would just scream.

“One little kid even said, ‘Mommy, please make the mean witch stop talking to me.'”

She added: “Vivienne was the only 4-year-old who didn’t scream when she saw me.”

Maleficent is set for release in 2015.

A Special M.essage From The Weinstein Co.