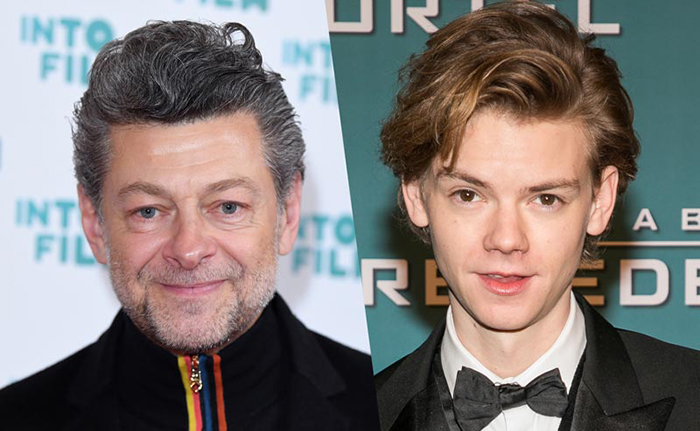 Created by David Petersen, Mouse Guard is set in a medieval fantasy world of anthropomorphic animals. The story follows an order of mice who are the sworn protectors of the realm, and sees them face off against a veritable menagerie of predatory villains, such as foxes, eagles, and rats.

Serkis will be the villain of the piece, portraying the traitorous blacksmith Midnight, and Brodie-Sangster will be Lieam, the guard’s newest and youngest recruit. The flick will be shot by utilising state-of-the-art motion capture, as provided by the world famous WETA Workshop (The Lord of the Rings Trilogy).

The project is expected to begin production in earnest in May, with no release date set. Mouse Guard will be something of a reunion for the two actors, as both previously starred in JJ Abrams’ Star Wars: The Force Awakens; with Serkis lending his mo-cap skills to the villainous Supreme Leader Snoke, whilst Brodie-Sangster cameoed as a First Order Officer, killed in Finn and Poe’s escape from the Star Destroyer Finalizer.

Seth Rogen On The Netflix Awards Debate: “I Think A Theatre Is The Best Place” For Comedy