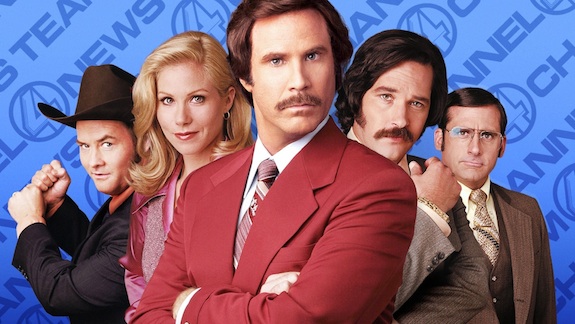 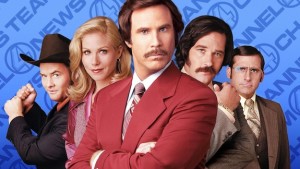 Will Ferrell in a recent appearance on Conan has officially announced that in fact Ron Burgundy will return for an Anchorman sequel. Deadline confirmed the announcement also stating the Steve Carell and Paul Rudd are also set to return to the film. There is no word yet to whether David Koechner, Christina Applegate, or Fred Willard are also returning to their roles. Judd Apatow will be onboard as a producer and Adam McKay will be back as a writer and director. The sequel was in limbo for sometime without any support from the studio until tonight as it has been announced that Paramount finally has given it the go ahead to make the film.

Personally I think this is incredible news! I am a huge fan of the original film and cannot wait to see what is in store for the sequel. I can only hope that the rest of the cast will return along with Ferrell, Carell, and Rudd. With Mckway writing and directing it seems we can be assured that this will be another hilarious film. While sequels are risky territory I feel highly confident that this will be hilarious and an instant classic like the original was. So here is to seeing Ron Burgundy in action once again, stay classy San Diego.

A Triple Dose of Brotherly Love

Tom Clancy’s Jack Ryan To Get The Branagh Treatment!