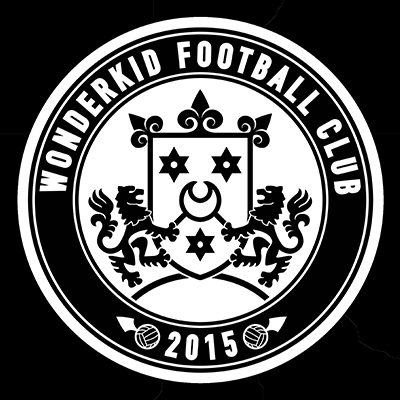 Successfully campaigning through Kickstarter back in November, the progress of ‘Wonderkid’ is personally something I’ve followed with great intent. As well as a film fanatic, I’m also an avid fan of football. For all the excitement within those precious ninety minutes, the morally questionable behaviour on the pitch and in the terraces can often tarnish and overshadow. Harnessing its focus on an issue that has often been disregarded or mocked, it’s a real pleasure for myself and Movie Marker to be associated with this project.

So. WONDERKID. A 20 minute short. With its message intending to make a lasting effect. What were the personal motivations for you Rhys to make this film?

When I decided I wanted to be a filmmaker, I also wanted to make sure that my work carried a strong message as well as just entertain an audience. I’m football mad and always wanted to make a film about a footballer. The more research I did into the game the more I realised that homophobia was an issue that had lacked attention and this was a story that needs to be told.

For the benefit of the uninitiated, could you provide us a little insight into the narrative of ‘WONDERKID’?

WONDERKID is a 20 minute short film following the inner turmoil of a young gay footballer. (See below for a brief synopsis)

After earning a dream move to a London Premier League club, WONDERKID should be on top of the world. On his debut, under the floodlights at his new ‘home’, he comes on as a substitute and scores. His transformation into a football superstar is complete when he earns his first England call up.

Whilst life on the pitch couldn’t be going any better, WONDERKID’s world is crumbling off it. His OCD is increasingly crippling and he struggles with any kind of attention, getting into altercations with abusive fans. Despite the best efforts of JOHNNY, his best mate and now agent, WONDERKID is barely holding it together. After an incident dictated the need for a transfer, JOHNNY is WONDERKID’s only link to home.

WONDERKID is living the dream of every young boy in the country but he’s unable to be himself and incapable of enjoying himself, living in a constant state of fear that he will be outed. His paranoia and trepidation is only heightened as he experiences more and more of London’s gay scene. Why are they allowed to be themselves and he can’t? Why can’t he meet men on Grindr? Why can’t he take a man back to his hotel room?

WONDERKID faces a struggle with his own identity and sexuality. Does he deserve to have a career and a love life? In 2015, the reality is that he has to make a choice. Does he want to be himself or does he want to be a professional footballer?

A spitting incident. A despicable act of racism. It dominates the media coverage. Homophobia in football has always seemed marginalised in comparison. Have you bared witness to first-hand instances of such abuse?

Precisely, homophobia doesn’t seem to be taken as seriously, although the law states that these acts of discrimination are equally severe.

I’ve spoken with a lot of people in the game that have experienced homophobia first hand but in terms of my own experiences I’ve only really had it at grass roots level. When I was around 12 my cousin came out, I then subsequently became ridiculed and labelled as gay by association within my teammates. Thankfully it didn’t last for long but it was horrible really, I was shocked at how offensive the taunts were but more shocked at how funny everyone thought it was. I wasn’t surprised to learn from a talk with Stonewall’s education officer Chris Simms that 60% of victims of homophobic bullying in schools are heterosexual.

The NFL and rugby mere examples, we’ve seen positive strides in attitudes towards a person’s sexuality within such hyper-masculine environments. The scrutiny of the modern footballer is undoubtedly intense, on and off the pitch. Do you believe this has had a direct effect on the lack of admittance? Is football lagging behind in comparison?

Yeah definitely, the old saying goes ‘football is a gentlemen’s game played by thugs, and rugby is a thugs game played by gentlemen’ so its not so hard to believe that football is so far behind. I think there is a tribal mentality within football supporters and the main problem is the terraces. If you look at what Brighton and Hove Albion have to put up with it’s not surprising for players feel like they wouldn’t be protected. I think the fear of what might happen on match day is one of the main reasons players stay in the closet. I don’t doubt that when footballers begin to come out, the media, people within the game and the fans will be supportive. The FA also has a protocol in place for when a footballer decides to come out. I just worry about the effect all the media attention and a select few away fans might have on those first few players that come out.

Through the successful Kickstarter campaign, the project has prompted much attention from the likes of the Kevin Spacey Foundation and of course Sir Ian Mckellen who narrated the trailer. How did such collaborations/partnerships materialise?

Kevin Spacey has a foundation to help get creative projects like WONDERKID off of the ground. I wrote to him and was lucky enough to receive a small grant, which we invested into our Kickstarter campaign. I met Sir Ian McKellen at last year’s Pride in London with the Gaygooners (Arsenal’s official LGBT supporters group). We went up to him and told him what we were doing and he was very positive at a time when we were struggling to get things going and he said if there was anything he could do to help let him know. We sent him our Wembley video with my narration and he was blown away and offered to lend us his magical voice. It was important to me that our fundraising video was as much about raising awareness about the issue as raising the funds and Ian’s support was integral in doing so. I am eternally grateful for his support. We have since partnered with the Telegraph Media, who are providing us with an unbelievable amount of support and will be holding a premiere with us in Leicester Square to ensure that the key decision makers in football & the country see the film. Its through all this support that we have really understood the importance of what we’re doing.

Elaborating on the trailer, you were enabled to produce it at Wembley Stadium with the permission of the FA. Football governing bodies do tend to receive regular criticism. Do you believe such organisations are doing enough to highlight the issue of homophobia in the game?

The FA were very kind to let us film at Wembley and we will be filming there again for the 20 minute film but yes I think everyone in the game and society as a whole needs to do more. I think homophobia is still rife within mass culture but I think it’s purely down to a lack of education and people not realising the severity of their actions. My sex education was very limited at school but there was absolutely no speak of LGBTQ orientation and I think this is the main problem. With lots of kids going to school from same sex relationships I think it is essential that we have a curriculum that provides mandatory LGBTQ inclusive sex & relationships education for kids. If you look at the Chelsea fans behaviour in Paris. The coverage and backlash that came from that was huge, as it should be. Where as homophobia rarely receives that kind of coverage. Now I don’t necessarily think the finger should be pointed directly at the media as I think the subconscious of the nation needs to realize the effects homophobia can have. I think education is the best way to make sure that it is taken seriously. Which is why we know that making WONDERKID is so important.

Considering the subject matter, the LGBT community could perhaps be apprehensive in how the film would handle the issue. Is there anything specific you’ve done to ensure the authenticity of the piece?

Yeah of course and through all the backing and support we have had it has only further emphasized the importance of getting this right. We have been blessed by a number of people offering to not only help give feedback on the script but really help in its development. I would like to take this opportunity to thank Stephen Whelen from White Lodge/Blink, Gez Tomnay from the Gaygooners and Adam Robson from Soho FC for the time they took to help develop the script and make it as realistic as possible.

Generally, what has the reaction/feedback been like towards yourself Rhys as you ‘realise’ this project?

Being straight, I was always worried that I wouldn’t be taken seriously. I think that worry really helped motivate me to fully immerse myself in campaigning. I spent a great deal of time in the early days of the project quietly attending events and discussions on LGBT issues trying to gain a better understanding. I’ve made a lot of dear friends as a result and am now heavily involved in many different campaigns. I think our activity outside of the film has really helped the film grow in stature. I’ve met people that have spent most of their lives campaigning for LGBT equality who are really excited about what we can achieve with WONDERKID. There is a lot of responsibility that comes with that but that responsibility has only driven us more. Through all the coverage we had from the 2-minute video narrated by Ian McKellen, I don’t doubt that our 20 minute film can really raise awareness about this horrible problem in football and I’m very proud to be a part of it. The 20-minute film is only the start, I wont say too much now but we have big plans for WONDERKID that are already being put into place and fully intend to continue with the project until football makes this change.

In tackling homophobia, why choose the medium of cinema to convey such a message?

I’ve always felt that film is much, much more than just an audiovisual medium. You have the ability to create an entire reality from scratch and portray that reality in a way that an audience can perceive to be real. In this case, as a result of not knowing who the gay players have been over the years we wouldn’t know directly how that would affect a young person in the game. That to me is the beauty of cinema, you can create a story that portrays a real issue like this, make an audience sympathise with the characters, think about something they might not usually think about and rose action within them to bring about change. I fully intend to devote my life to making films that can help people in this way.

An Interview With… The Arthur & Merlin Team