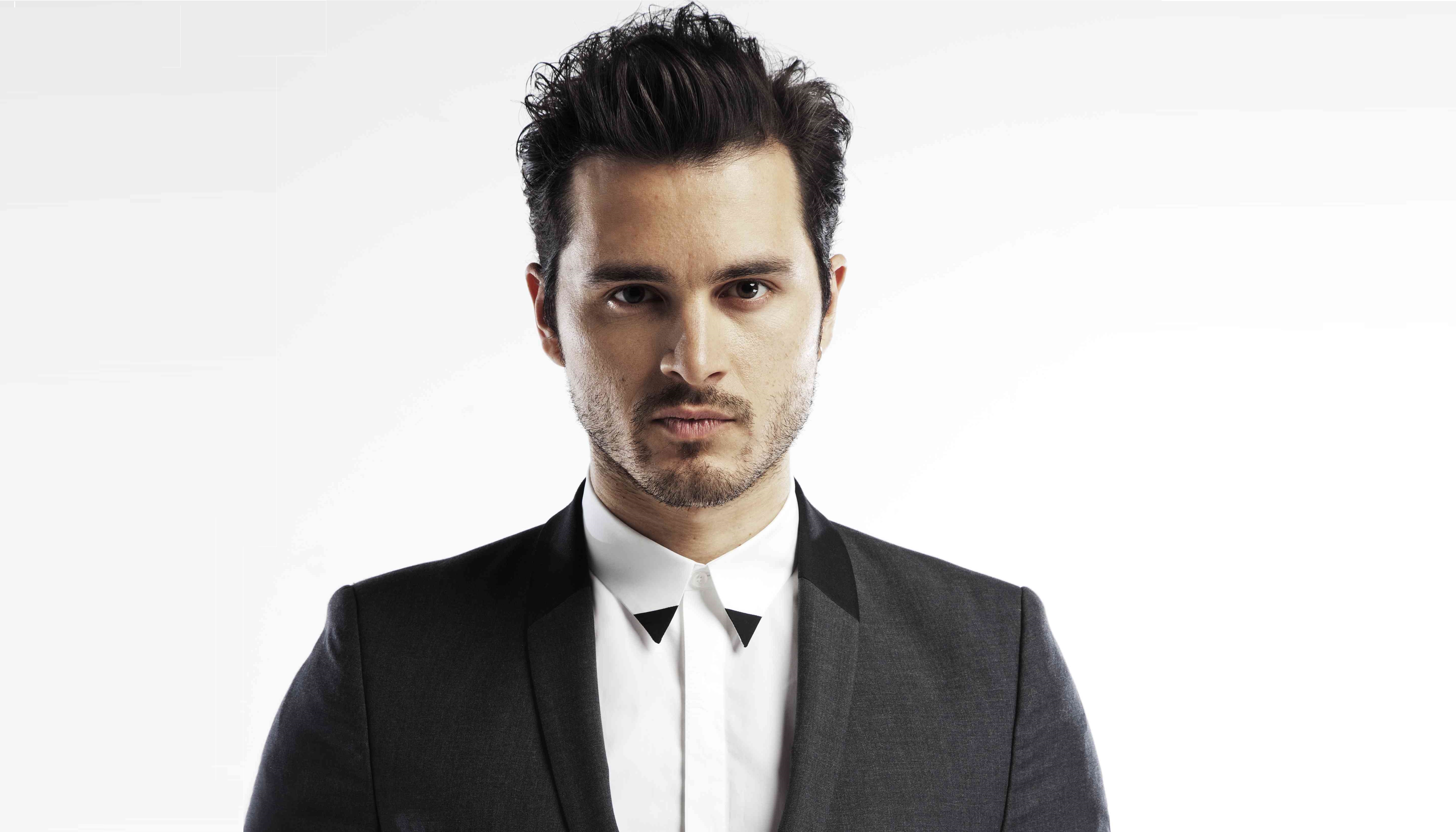 The Vampire Diaries is one of the most popular TV series nowadays. It started in 2009 and it has given us a few interesting twists along the way. Some characters we had to let go of, others, we had to accept in. Enzo, played by Michael Malarkey, is one of the characters that had a bigger impact than it was initially expected. Maybe it was his accent, which is not that different and as charming in real life too, maybe the fact he was the bad guy, and let’s admit that most girls like that, but he is still around and planning to stay.

However, what some of you might not know is that Michael is also a musician and he had a small tour while taking a break from filming. He was also in London for a concert and to catch up with friends and family. Luckily, we found out in time and managed to have a chat with him.

D.N.: How are music and acting getting along? 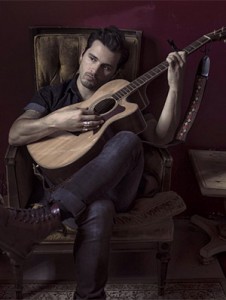 M.M.: Quite well, I have some time right now and wanted to focus a bit on music, but I keep it as a completely separate thing and I would like for it to remain that way. Now my music is out there and people seem to also enjoy that, so why not? There have been a few moments when, for example, people wanted me to play it like a vampire would, but I usually say no, and not to be rude, but I really don’t want to mix the two.

D.N.: Since when have you been into making music?

M.M.: Actually music came first, it’s been over a decade now. I released an EP last year called “Feed the Flames” and it was the first time I publicly released anything, but I have been recording albums for years beforehand. And this one, the next one that I am going to do, is going to be the follow up to that EP.

M.M.: Yes, it has always been my main passion and my favourite thing to do, and acting came after, but right now it is very nice to have a bit of both.

D.N.: OK, so you are looking for that balance. When it comes to acting I think I read something that said you started with theatre, right?

M.M.: Yes, started like that. I came to that point because of my love for the classics, Shakespeare was my first real love and I went to London and trained, did a few weeks courses at RADA (Royal Academy of Dramatic Art) and that was all Shakespeare and classic text. And after, I went across the road at LAMDA (London Academy of Music and Dramatic Art) where I did my full degree. But Shakespeare was my first love and that was what guided me towards acting, because it was such a conglomeration of history and poetry.

D.N.: Would you consider going back into theatre anytime soon?

M.M.: Oh yes, absolutely! I feel like theatre is really where you properly develop as an actor. You do in films or TV as well, but with theatre it’s a higher demand when it comes to what you have to do. 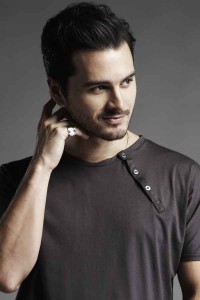 D.N.: And how did you get from that point to, let’s say, the Enzo part of your life.

M.M.: The Enzo chapter, yeah. I basically had a few moments in my career where I chose to focus specifically on a few things. For example I did a musical in London in the West End and after that I got this flood of auditions for musicals, and I am not really into them, I just happened to be in that one and it was more of rock & roll one anyway, it was kind of different, not the most typical show. However he did sing the word show. So, after that show, I spend some time turning down a lot of auditions for musical roles and I remember telling them every time that I just want to focus on theatre and drama. And after a time in that I decided I wanted to focus on screen, and at one point I got a pilot and started to do a lot of auditions for American films and series and that’s how I did the one for The Vampire Diaries. Initially Enzo had a different name, I remember from the audition, but they’ve changed it eventually, as we can all see.

D.N.: Did you think, at that point, that he would become quite a big character in the series?

M.M.: I had no idea. I’ve seen a couple of episodes of the show, but had no idea how big it was, I thought it was just another American TV show. Honestly, I was just expecting to be in it just for a few episodes, and have just a few lines, but look at the role now.

D.N.: What attracted you to the Enzo role?

M.M.: I didn’t pick it, it was one of the roles I got during that week. And I was thinking that yeah, I could do that. But when I read the part, I was excited that he was a vampire and he had a dark part, and I thought that it would be really fun to play. Eventually, I fully fell in love with the character and he is just a bloke that I tend to hang out with every day.

D.N.: Have you adopted any traits from him?

M.M.: No, he’s adopted some of mine, which is good because I am a nicer guy.

D.N.: What about the point where he is now? Is he somehow trying to get into the Salvatore family?

M.M.: Not really, but he found out that he knew their mother and that she is actually the one that turned him. It is a very interesting connection that he is now developing with the Salvatore family and I am hoping to get to explore that a bit more.

D.N.: Did you know the history of the character when you took on the role?

M.M.: No, and I am sure they didn’t know either. Basically, we get each episode every week before actually filming it. They are quite secretive about it because, yes they know the main idea, but everything can change and they might bring guest stars in and they might need to do some rewriting. As such, we don’t know with that much time in advance. I had chats with the writers and talked about the role, but nothing was set into stone. It is mostly how network TV generally works. 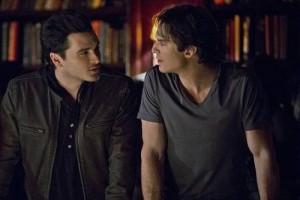 D.N.: But you are hoping it will develop into something more, right? Not feeling that it is time to move on, like Nina Dobrev (Elena in the show) for example.

M.M.: Well, I have only been in the show for a year and a half, she has been for six. For me, I am just enjoying the journey and I have just signed on as a regular. Also, with the departure of some of the regulars, there is going to be a lot more room for my character so I am excited about the next season.

D.N.: Do people recognise you on the street now, and ask for selfies? Because I think that is something artists face on a regular basis nowadays.

M.M.: Yes, sometimes, but it is ok. As long as they don’t try to make out with me and people are nice and kind and ask in a polite way, I don’t have an issue with it. It is somehow part of the job and I think it is something you can manage with grace and charm. Maybe sometimes, if I am actually doing something with my family, I apologise and explain why I can’t, but I always try to be nice about it, because in the end, I appreciate the fact that people are so enthusiastic about the show and that’s why it is so successful. 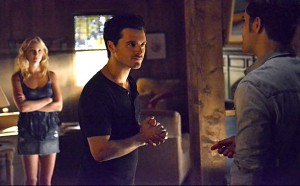 D.N.: What should new actors always keep in mind?

M.M.: I am not one to give a certain advice because everyone is different and what has worked for me might not work for someone else. The most important thing is to just be as comfortable in your own skin as you can be, and do loads of other stuff too. Some are very bound by their profession and I think that is a very limited way to grow as a person, for everybody, in any job, but especially for actors, because at one point you might need to play some of those people and it will be a bit more difficult for you to play them if you do not have any reference in mind. So, go out, live your life to the fullest and discover who you are as a person.

Keep an eye on Michael’s character and if you want to catch one of his concerts, have a look on his Official Twitter page, as he usually posts with some time in advance about it.