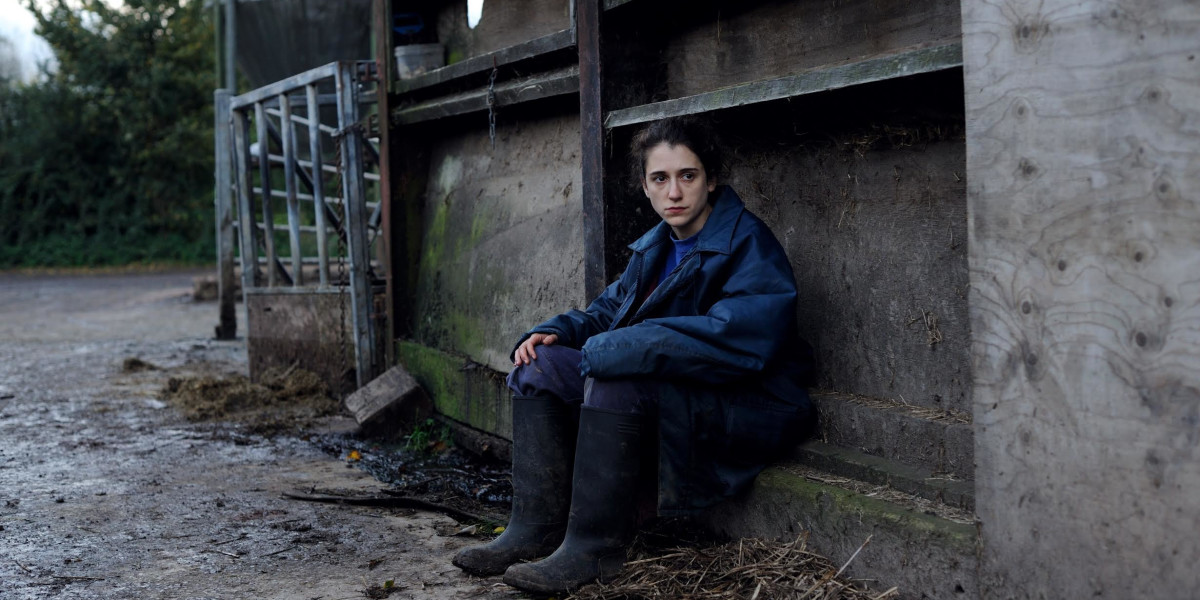 It’s 09:30am on a weekday morning when I talk to Ellie Kendrick, who’s in the middle of promotion for her new film The Levelling, but you wouldn’t guess from her bright, enthusiastic voice that’s she’s spent the last several weeks doing the rounds at interviews and Q&A sessions. “How are you this morning, Scott?” she asks me, once her agent connects us via phone. “I’m good, thank you! I’ve seen The Levelling, a few months ago, and I absolutely loved it” I tell her. “Aw thank you!” she says, with a tone of genuine appreciation. The Levelling, the 26-year-old’s first lead role in a feature film, is a small low-budget feature about Clover, a young trainee vet, who returns home to her family’s farm following her brother’s apparent suicide. The film is set during the flooding of the Somerset Levels in 2014, and was shot in the area only a year after.

First I ask Kendrick how she became involved in the film – not just what drew her to it, but how she came to be a part of the project, or as it turns out, the project came to her. “It was a very traditional process really, the script was sent to my agent and I instantly loved it. It was like nothing I’d read before and I instantly felt an emotional attachment to it, which is very rare” she tells me. “I loved the character and how complex she was”. Indeed, so far Kendrick has had a very varied career, rising to fame playing Meera Reed in HBO’s Game Of Thrones, and as the friend of schoolgirl Carey Mulligan in Lone Scherfig’s 2009 drama An Education. Also out soon is Whisky Galore!, a remake of the old Ealing comedy of the same name, which Kendrick was also drawn to because it was something new for her, “playing a Scottish islander”. 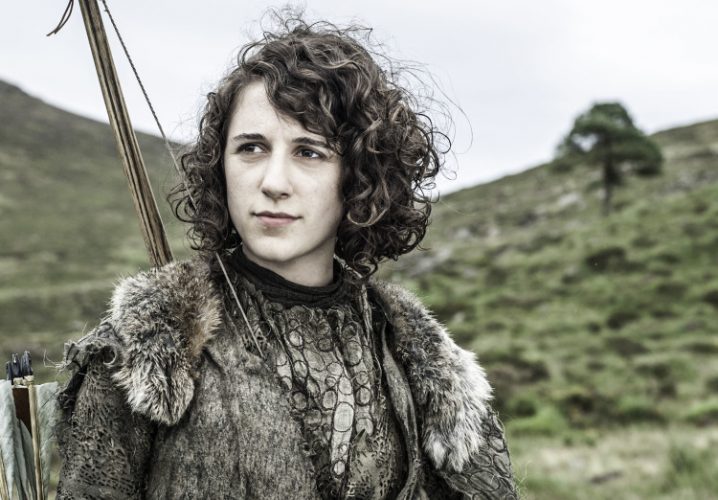 Elle stars as Meera Reed in Game of Thrones

I also ask her about filming on the Levels. “It was very important to Hope (Dickson Leach, the film’s writer and director)” Kendrick says, not just to make it feel more genuine but because “you can’t really recreate that area anywhere else”. She tells me the cast and crew worked with a local action group, FLAG – Flooding on the Levels Action Group, and also shot the film on a real farm. “We shot on an actual working farm. The farming clothes, the overalls my character wears are actual farming gear”.

When I bring up Game Of Thrones, I’m quick to add that even though I don’t watch the show, I am aware that the production is very hush-hush and I won’t be asking her too much about it. Kendrick laughs. “You know it!”. I do ask her though how she feels shooting on such a huge production compares with films like The Levelling and Whiskey Galore!, which are both small independent productions. “They’re ultimately similar, as in both cases you’re playing a character in front of a camera, but the pace is completely different” she says. “We shot The Levelling in four weeks, whereas on Game Of Thrones you can spend a whole week on one scene. With The Levelling it was about knowing the script back-to-front and being prepared for every scene, because we shot out of sequence, and it is a very emotional story”. Kendrick’s character in the film, Clover, has become disconnected from her father Aubrey and her return home in the wake of her brother’s death prompts more than just a confrontation between the two.

Whiskey Galore!, meanwhile, is much more light-hearted, telling the story of a small Scottish island community who find a shipwreck close to shore full of crates of whisky. Kendrick tells me she was already familiar with the 1949 original when the script landed on her agent’s desk. “It was a favourite in my house growing up. Some of the lines became kind of catchphrases – “There’s no more whisky!” being one of them”. She says the process of becoming involved with the project was very similar to The Levelling, and that once she got the script “I thought it was really fun”.

I also ask Kendrick, briefly, about her writing – she studied English at the University of Cambridge, and wrote her first play, CUTS, as a member of the Royal Court Young Writers’ programme. “I do a bit of writing, yes”, she says when I bring it up. So far she’s only written plays and a short film, but would she be interested in doing a feature film? “I certainly wouldn’t rule it out. I do have a lot going on right now though”. Hopefully some day.

Once I’ve asked her about everything I’ve thought to write down, I thank Kendrick for her time. “It was great talking to you!”. “And you too!” she replies. I tell her the interview will be up by the film’s opening weekend, and she wishes me luck with my work for the rest of the week.

Related Topics:InterviewsThe Levelling
Up Next

Interview with ‘After The Storm’ director Hirokazu Koreeda

Up Close with Alex Chang