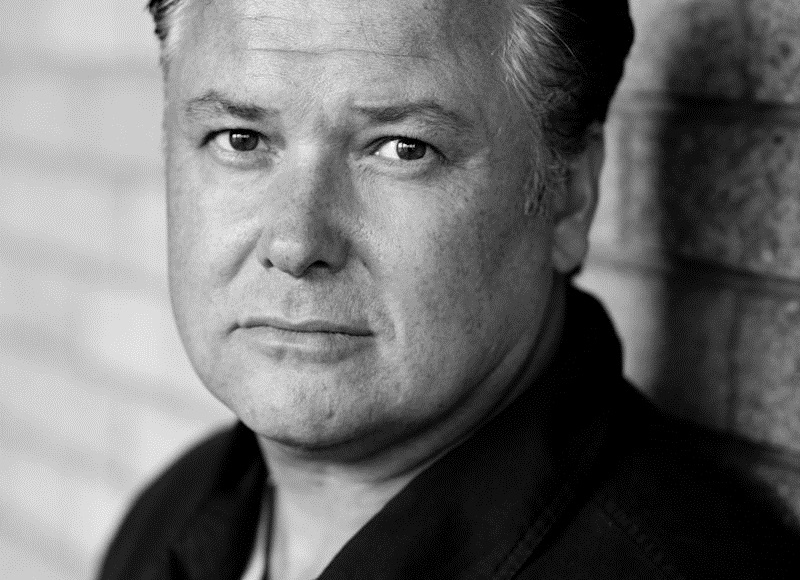 Most of you will associate Conleth Hill with Lord Varys, one of “Game of Thrones”’ stars. However, his career is far more interesting and complex and this year has been a very busy one for Conleth. Currently he is promoting “Two Down”, a film which can count Stephen Fry or Derek Jacobi among its supporters. The movie, directed and produced by Matthew Butler alongside his partner and actress Tori Hart, is a dark and quirky British comedy thriller that was the only UK narrative feature film at the forthcoming Manchester International Film Festival.

Luckily, Conleth found some time to talk to us and explain how he ended up involved with the project and what we can expect next from him.

D.N.: How did you come across the project and what attracted you to it?

C.H.: I’ve been working with Matthew Butler in a play called “Quartermaine’s Terms” in the West End and previously with his brother Graham and I saw lots of their work. And, after some time, I got to see the script for “Two Down”. It caught my attention so we discussed it and I was happy to be a part of it. 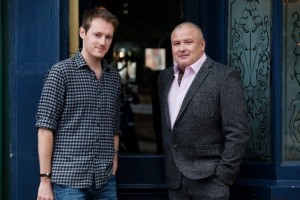 D.N.: He isn’t the most loveable character, what motivation do you think he has behind the decision of putting John and Sam against one another?

C.H.: No, he isn’t. Not at all. I think he basically doesn’t tolerate mistakes and when one brother messes up he just picks the other brother to sort everything out. I think that is just how ruthless he actually is.

D.N.: This role is a bit more real compared to your “Game of Thrones” one. Which type of character you enjoy playing most?

C.H.: I can’t say I have a preference, from my point of view it is all the same. It’s been a very good year in terms of both film and TV, but usually it’s always script based for me because with a bad one you can’t actually do anything or try to do wonders. If I like it, like how it’s written and the actual plot, then that’s all I need to play a character.

D.N.: Also, referring to “Game of Thrones”, as it is a great parallel, how is it different to work on such a huge project that doesn’t need any promotion to attract viewers, compared to working on something slightly smaller like “Two Down”? 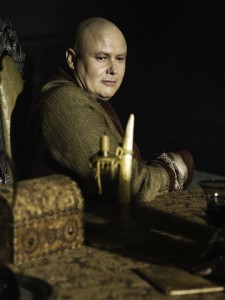 C.H.: I think when you are involved in something like “Game of Thrones”, you are allowed to do a variety of things without necessarily thinking about the costs, so it’s a liberation from that aspect, but I wouldn’t approach anything based only on that, regardless of the size of a production.

D.N.: Would you say TV gives you more time to know the character and get to a different depth?

C.H.: I guess you do, but not always if I am honest. It could end after series one, or might not. As an actor you just have to play it at the best of your abilities and wait and see what comes next.

D.N.: Could you tell us if we should expect to see some more of Harry considering the ending?

C.H.: It is implied the continuation of the story line when Harry goes after Sophie. But I think that Tori’s and Graham’s performances are so good and truly the heart of the film which is the most important thing right now. The rest we will see in its due time.

D.N.: If you could have reversed roles in this movie, what other role would you have liked to play?

C.H.: I wouldn’t have wanted to reverse, I’m actually happy with Harry, even if he isn’t the nicest one.

D.N.: What should we expect from you? I know you have a few projects coming up.

C.H.: “Shooting for Socrates” is in the cinemas now, and then there is a movie called “A Patch of Fog” which is directed by Michael Lennox who won a BAFTA award for “Boogaloo and Graham” and will come out later during this year. Also, next year, a drama called “The Truth Commissioner” and I think that should be it.

D.N.: Are you thinking of coming back to theatre at one point?

C.H.: If the part is right and the play is right, yes. I am actually directing a play that will be running in July in Glasgow. It’s a play written by David Ireland called “Can’t Forget About You”.

D.N.: Do you have a role in mind to which you wouldn’t be able to say NO?

C.H.: Not really. I know I am not helping you right now, but I really never had a plan or an ambition in that way. I am just happy to deal with what is in front of me and make the best out of it.