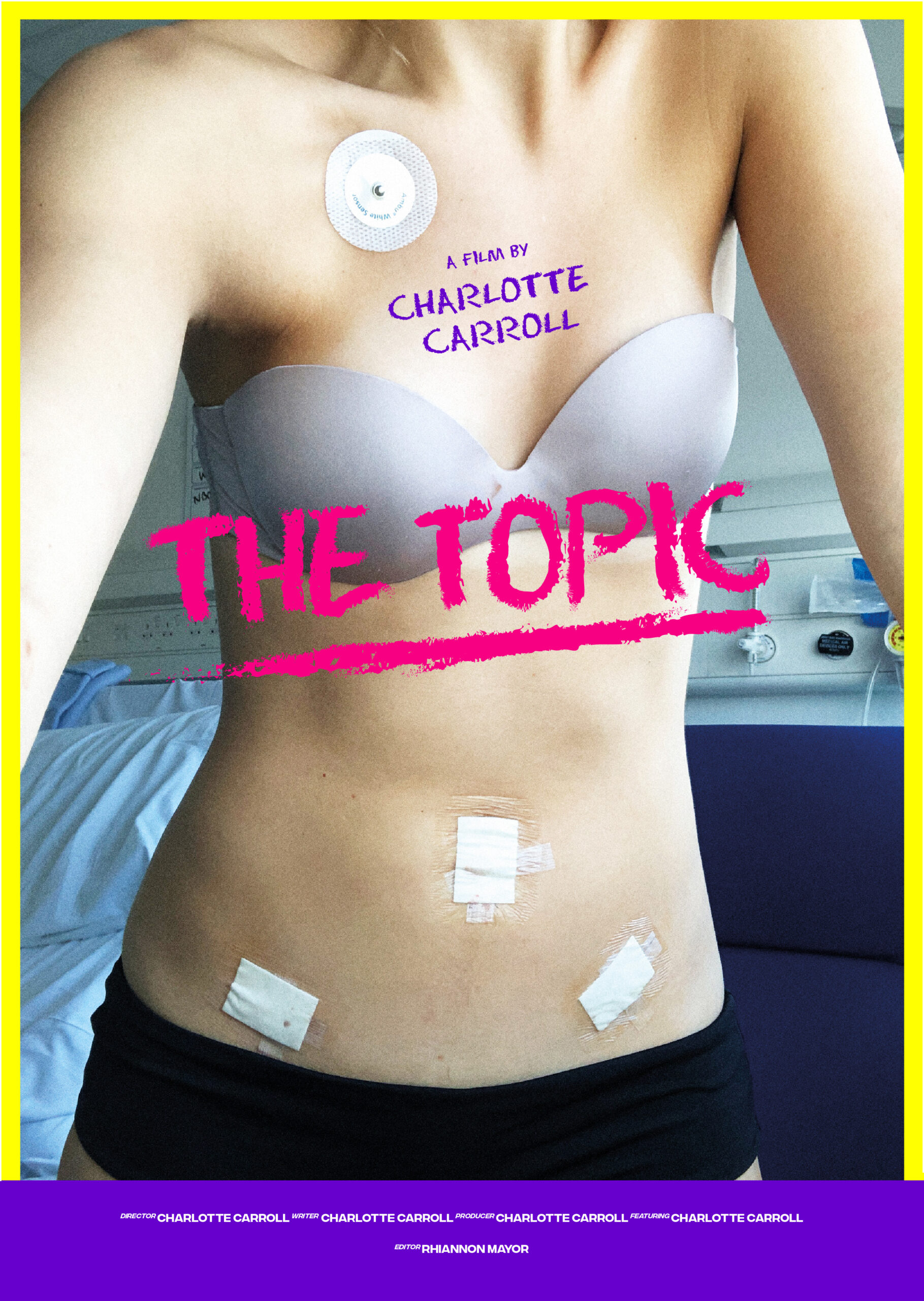 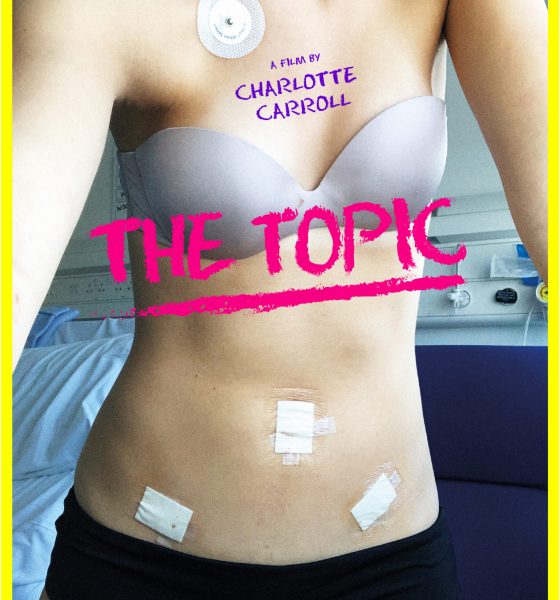 We spoke with Actress and Director Charlotte Carroll about her film The Topic. A deeply personal journey of fertility gone awry, From the shock of finding out she was pregnant for the first time in A&E, to being told she might die if she took one more step, The Topic follows Charlotte’s journey through every moment of that fateful day and into recovery.

Movie Marker: What was it about the situation that made you instinctively pick up the camera?

Charlotte Carroll: The pure frustration of not knowing what is going to happen next. The blank spot in my knowledge, and really wanting others to see the footage so they would not feel as lonely as I felt. A lack of education and awareness around the topics of endometriosis, miscarriage and ectopic pregnancy needs to be filled in and I am delighted to say ‘The Topic’ has already been shown in two schools – to both boys and girls of mixed ages and the feedback has been so strong. I hope that the memory and message continue on for years to come.

Why do you personally think endometriosis is not more widely discussed / understood?

It is not discussed as it is not understood, it can be said that the medical professionals need finance for a huge national wide trial.

There is an uprising of anger and frustration from women as we wait for doctors to know more. It is an admirable aim to cut diagnoses time in half – from 8 years to 4 years. But the hard truth is that 4 years is still too long. We need a diagnostic system in place as soon as possible and the answer circles back to funding and awareness.  That is why so many women are coming together now as we realise that we are 1 in 10. If we are already 1 in 10 without loads of research done, there must be even more…

What advice would you give to others that find themselves in a similar situation?

If you have an inclination that something is not correct, check. Do not leave it as late as I left it. As we women are so often taught, “Oh, I’ll get on with it – it is just what we do” but, don’t. Any bizarre achy back pain, or out of sync period timings, get checked. No matter how small or minute it may seem, still get it checked out.

What more can be done to raise awareness of endometriosis and the signs associated with it?

A continued dialogue is important. For women’s month this month: a torch was lit around this topic. I have seen some amazing articles, from BBC covering athletes suffering with endometriosis to an online women’s march! This needs to be brought into schools and curriculums so young kids are aware early on for symptoms and signs to look out for.

Post experience, are there any films / documentaries / books that you would recommend to people who want to learn more?

Check out the Endometriosis UK Charity website – that website is current and the team there do a fantastic job of getting the news out and also keeping in conversation with the press and Parliament. One of my favourite books is by Emma Barnett who I admire a lot for speaking out about her experience has written a book titled “It’s About Bloody Time. Period.” It’s brilliant, informative and funny!

Of course, the whole experience had a huge effect on your personal life, has the experience changed your outlook from a professional point of view?

I think I just try and deal with it as it comes and as I have the liberty to work for myself, I can take the days off if I think I need them. But it’s fantastic to see companies and employers managing endometriosis at work better, and that is very reassuring.

How have you managed during the pandemic – how has it affected your work?

One of the films I produced, titled, A Youth, qualified for both BAFTA and Oscar voting rounds this season as it won the ‘Best Documentary’ award at Aspen ShortFest 2020. It was unfortunate that the team and I could have been in Aspen to receive this award and network with other amazing filmmakers around the world. However, it’s important to be keeping safe during a time like this and can’t wait for film festivals to start happening again. In the meantime, The Topic was my pandemic fuel. Over the numerous lock downs in the UK, my editor and I edited the film and crafted away at the message. As Martin Scorsese says, “When I’m making a film; I’m the audience”. I was both the subject and the audience in The Topic so it was even tougher to edit. But this was a blessing to tackle over these lengthy lockdowns.

What does the future hold for you?

Up next, I play a magazine editor in the film ‘This Is Night Mail’, directed by Joanne Ray. I am very excited about this project coming out as I have just seen the trailer – keep an eye out for this space! I am currently also working on a comedy TV show. I hope to bring some laughter and joy into people’s homes which would be a definite one-eighty from my previous films that have be more emotional.