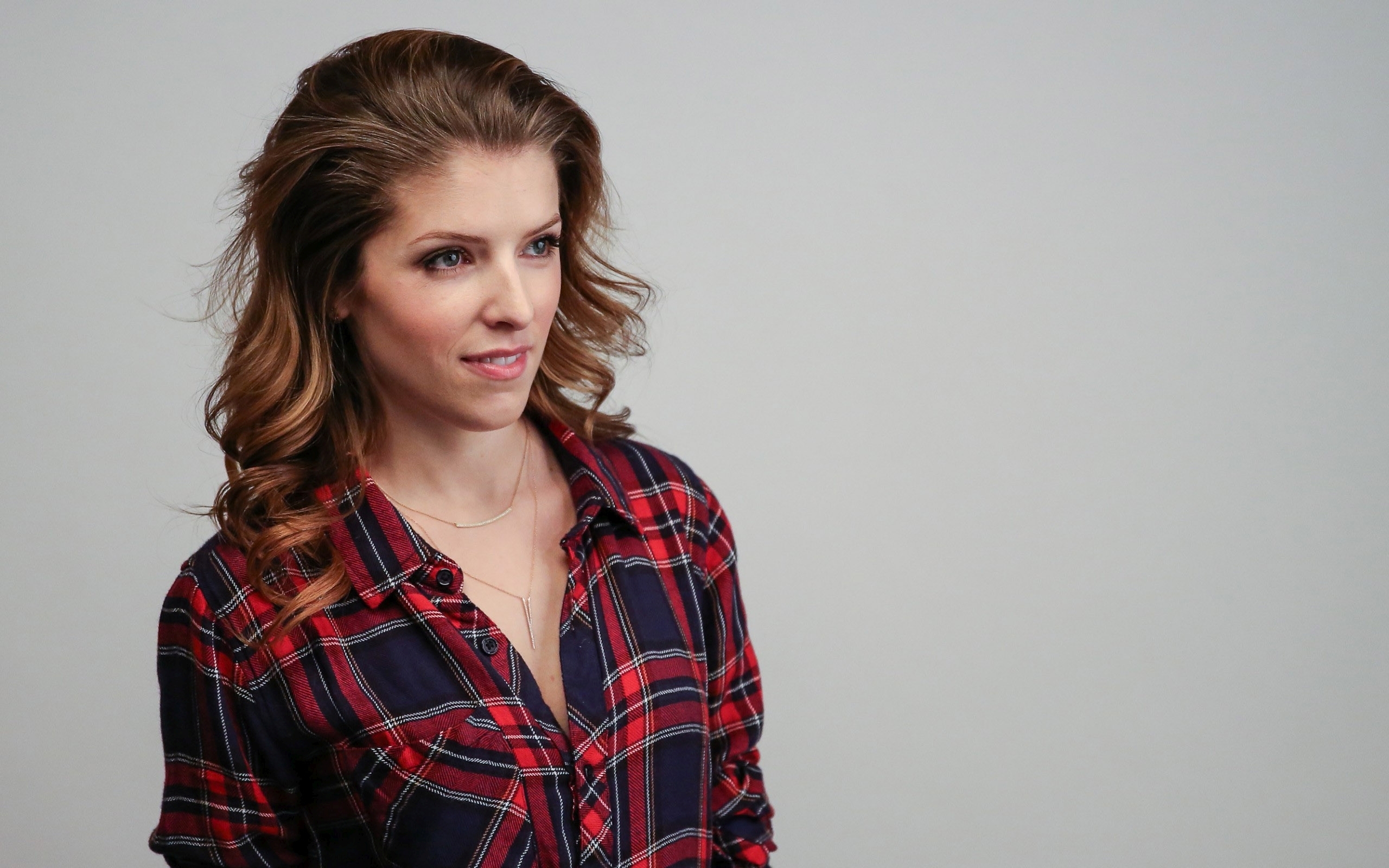 One of the most in-demand stars of her generation, Anna Kendrick has built an impressive body of work over a career that began when she was 12 years old, with a supporting role in the Broadway musical HIGH SOCIETY. A multi-talented actress, singer and comic talent, Kendrick made her feature film debut in the musical comedy CAMP in 2003, and has been working steadily ever since.

A role in TWILIGHT in 2008 cemented Kendrick’s star amongst young audiences, and a turn in Jason Reitman’s UP IN THE AIR confirmed her chops as a serious performer, leading to nominations for Supporting Actress at the Oscars, the Golden Globes and the BAFTAs, amongst others.

Some of Kendrick’s other recent credits include INTO THE WOODS, where she played Cinderella opposite Meryl Streep and Johnny Depp, the adaptation of the musical THE LAST FIVE YEARS, indie’s HAPPY CHRISTMAS, DRINKING BUDDIES, the comedy-drama 50/50, with Seth Rogen and Joseph Gordon-Levitt, and David Ayer’s intense crime-drama, END OF WATCH, opposite Jake Gyllenhaal.

In MIKE AND DAVE NEED WEDDING DATES, Kendrick plays Alice. The titular Mike and Dave are brothers, warned by their family to smarten-up their hard-partying ways before their sister’s wedding in Hawaii, and to bring two respectable girls as dates. After posting an ad on Craigslist, they’re contacted by a cadre of prospective suitors, and they ultimately settle on Alice and Tatiana, whose interest in Mike and Dave extends to little more than the prospect of a free holiday on the islands.

The film is based on a true story – though the real Mike and Dave sensibly decided not to bring dates from Craigslist in the end – and was written by Andrey J. Cohen and Brendan O’Brien, with Jake Szymanski behind the camera. It also stars Zac Efron, Adam DeVine and Aubrey Plaza.

What was the appeal of this project to you? What made you want to do it?

The easiest answer is it was really funny. I mean there are so many movies where there’s a complicated answer to that question. This one really, really funny. And I was so excited about the idea of working with everybody. I met with Jake Szymanski and we had one of those meetings where we mostly just told each other stories and didn’t talk about the movie, and we thought, the movie’s really funny, so we should do it. That was it.

How well did you know this group of actors to begin with?

I actually knew everyone pretty well know. Zac and I presented at the Oscars together in 2010, and Adam I’ve obviously worked with on PITCH PERFECT. Aubrey and I have known each other since SCOTT PILGRIM VS. THE WORLD in 2011. 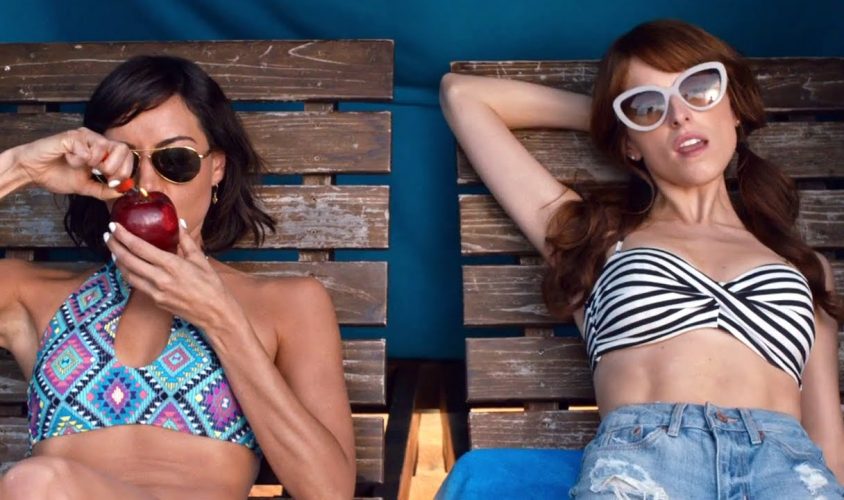 In that sense, was there a shorthand going in on Day One? Was it easier to have that relationship already built up?

Yeah, probably. And then we were on an island together, so we all got to know each other pretty well. I think that maybe too much is made of bonding experiences in my opinion, and at the end of the day, it came down to everybody being really talented and really on their game, and wanting to help each other and make the best movie we could make. To me, that’s kind of more admirable, and maybe it doesn’t make as good a story as, “Oh, we’re all best friends.” You manage to get this kind of assembly of actors – and that includes all the other characters as well – and everybody was just so on point. There wasn’t a single weak link.

But isn’t the most important thing about knowing one another that aspect of wanting to do the best job? Because that’s not always the case, is it?

You’d definitely be surprised how many people are just kind of watching the clock, and no matter how great your work environment is, when it hits hour sixteen everybody starts watching the clock, so I get that. But when you’re in the middle of a long scene, and Zac was calling out really funny lines to the woman playing his mother – it was just all that kind of funny stuff going on. If anybody thought of something funny for somebody else, you would say it, and we were really careful to respect one another. Even though improv has taken on a life of its own and is considered to be the highest art form, I think it helped that I was working with people who understood that if that person is on a rant, even if you have a thought, you know, just let them finish so that it is caught on camera. Everyone was so good and professional about trying to get the best comedy pieces possible.

Jake is a first time director, and I think all of us knew just from meeting him that he is funny and has funny taste. But we were all wondering what the finished movie was going to look like. It’s so balanced and he found what was funniest about each person’s performance and each person’s comedy style, and wove them all together. We’re not all doing the same thing. I think there were days where I thought, ‘Is this style going to work better in the movie, and am I going to end up with the significantly smaller role, or is that going to happen to other people?’ And I think he really honoured what was funniest about each actor.

It feels like a very personal kind of comedy for each of you.

Yes, I think that’s right. None of these people are this way in real life, and if you met them they wouldn’t behave like they do in the movie. But more so even than drama, I think all those comedy voices that people have might come from a tiny, tiny place inside of them. I think it’s a way to let that little person out. I think in a sense it comes from the actor as much as it comes from the writing.

Is it cathartic to play a character like Alice, who is clearly so distant from your own personality?

It’s very fun. There’s a deleted scene – and actually there are so many amazing deleted scenes, and it’s going to be one of the best deleted scene collections ever – where Aubrey and I harass a pizza boy, and we used the director’s assistant. He was a really good sport about it, but I couldn’t look at him in the eye for two days. [laughs]

How do you feel Jake managed the shoot? What kind of director is he in the moment on the set?

He’s a very confident director in a way that kind of made me nervous, because he’s not confident in that leadership way. He’s confident in a, “No, everybody’s great, it’s all going great, stop worrying” kind of way. I’m kind of a worrier, so there’s part of me that believes if you’re not worrying, you can’t possibly be doing it right. It was really an amazing thing to watch him be as cool as a cucumber on set and then produce such an amazing movie.

The other person I’ve worked with who is like that is Jonathan Levine on 50/50. And he’s weirdly a producer on this movie, even though he wasn’t on set. It’s as if they’ve got this same genetic similarity in terms of being a director, where on set it seems as if they’re just kicking back and letting it all happen, but that’s not how directing works, and I know it isn’t. I don’t know how they’re working their dark magic, but it’s definitely working.

There are different kinds of directors, and some rule with an iron fist. Do you think it’s a more creative environment when you’re afforded an opportunity to shine in a safe, calm place?

I think it definitely worked for this set, because there were so many people that come from different backgrounds, whether it’s a stand-up background, or, like I used to be, improv background. Everybody had different styles and different expectations and he was just so excited about everybody’s talent. There wasn’t ever a thing where it felt as if he preferred these three actors to those three actors. He just loved what everybody was doing and I think that really does make everybody think, “Well I’m a genius,” and then you end up bringing your best work.

Is directing a job that has ever appealed to you?

No, because with the exception of Jake and Jonathan, I just watch people age 10 years on every film. I don’t think I could handle it… I think I’d have a stroke.

Hawaii seems to be a pretty glamorous place to work. Is it as much of a paradise to work in as it seems? Presumably there are harder sets to be on.

It absolutely is. Here’s the thing: it was completely paradise. But I’m the one person in the world – and certainly on that set – who was saying, “Ah! Paradise! Get it away from me!” The sun and the surf and the sand and the physical activity, I said, “I’m going to sit that out, guys. I’m going to be burnt to a crisp in three seconds and I’m just going to sit under a roof and read a book.”

What’s your dream holiday then?

I really want to do the Canadian Rockies by rail. There’s a train that goes through the mountains. Most of my dream vacations are snow-based.

Related Topics:Anna KendrickMike and Dave Need Wedding Dates
Up Next

Interview with Tom Kinninmont, co-writer of ‘The Carer’