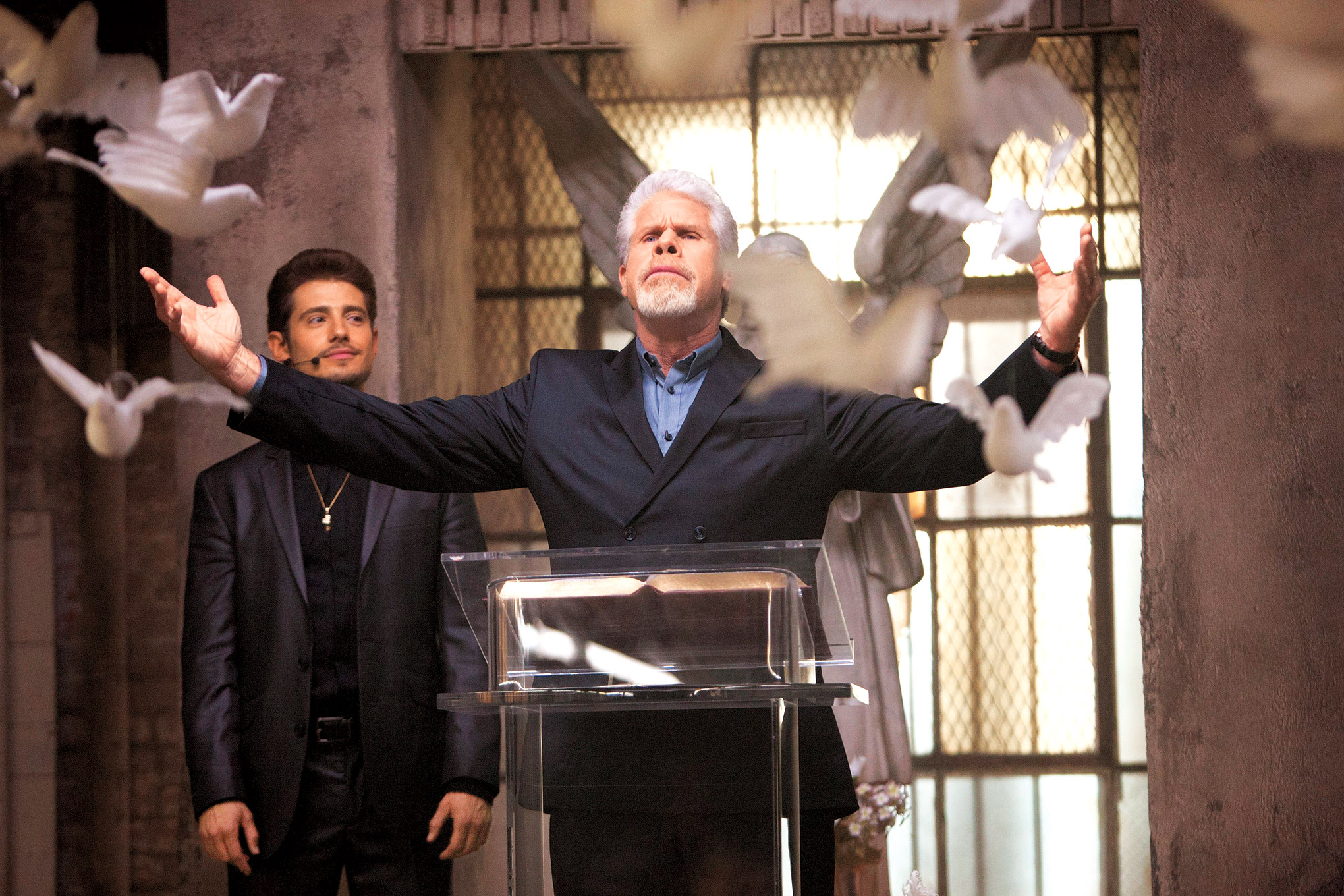 The UK Amazon Prime series’ premiere was celebrated in a glam location on Marylebone Road and had present Ron Perlman, Dana Delany and Alona Tal from the cast, press and other film associated figures. We all enjoyed the second episode, and all the Amazon members will be able to watch it starting today. Of course, we took advantage of having the cast with us and couldn’t resist asking them a few questions which we are am glad to be able to share with you:

Q: Ron, what did you think when you first read the script and how is it to play a character defined by being rational, but who is acting irrationally?

Ron: The thing that intrigued me was his state, his emotional state and how he got into a point where he was way out of sight of the realm of rationality. And when I first met with Marc and Ben, I shared with them that I wasn’t sure I was up to this, to playing the judge. But eventually I took a leap and played this guy. So if you really want to get a very good part with these guys, just tell them you are not equipped for it.

Q: Dana, the character you play is a very strong woman in the show, how did you manage that?

Dana: I think that Ben has created this interesting parts when you think “Oh I know who that is!” but after a while you go “Oh wait, I don’t know who that actually is!”, so as the series progresses it will revealed a bit more about who she is and how she survives everything.

Q: What was the inspiration for the show?

Ben: Well, obviously there were a lot of themes I wanted to tackle, but the original one was the fascination I had with fanatics. It doesn’t matter if it’s religion or politics, you can see them all over in history, so that initially. And it didn’t stop there, we went to see how people respond to it. I realised we tend to put labels on people, they are either a hero or villain, and sometimes those two labels intertwine which makes you second guess your choices.

Q: Alona, you’ve worked with a lot of famous actors, but how is it to work with a real Hellboy?

Alona: I don’t want to sound cliché, but it was a joy. And I wanted to have more scenes with him, but the ones that we had were indeed very intense. But I didn’t like spitting in your face (to Ron), it wasn’t fun.

Ron: The funny story about that is that we have a moment when we had the perfect cut, so natural and we were ready to move on and then Alona came to Marc and went “Listen, I don’t think I got that one quite right.”

Alona: The truth is that I was hoping they would drop it after a few unsuccessful try-outs of spitting in his face. And I have never done that before.

Q: Marc, you are one of the most appreciated film writers nowadays, how was it when Amazon said “first make a pilot and then we’ll see”?

Marc: It was very interesting. I felt it was better for all of us, because if we would go ahead we would have the support of the public. And Amazon wasn’t as sexy as it is now and I remember telling people about what I planned on doing and a lot of them were asking me if I was sure about it. And then everyone got behind us and it was the best decision we took. And when we shot the pilot the final version had 58 minutes and a few seconds and we’ve sent it and they got back to us saying it feels a little short and why don’t we add a few minutes? And you never hear that, Hollywood makes you cut a few. And, suddenly, we knew it is going to be alright. And for me personally, was one of the most satisfying experiences.

Ben: In Amazon studios what they’ve said is that they wanted to make the best possible version of the story. And because of that at the end of season 1 you have the exact show you wanted to make and you are proud.

Q: And you don’t need to split the time with commercials. Dana, do you feel the change occurring now? With the streaming of shows?

Dana: Yes, and I knew it was part of the future. And I wanted to be a part of it.

Q: The show seems to give us a very cynical overall vision, could you tell us a bit more that? And, is the fish going to live?

Ben: This is a perfect example of what we wanted to do with the show: provide ammunition for both side of the discussion. It’s up to interpretation, it puts the audience in the position of interpreting in their own way. We are not saying this is good and this is bad. Yes, there is hope. And just a little footnote, the fish, yes the water comes out of the bag, but if you looked carefully you saw that he had a little water left before the credits kicking in.

Dana: It’s my fault, I stabbed the fish’s bag, if you want to blame anyone.

Marc: But visually, the fish scene is a very captivating and powerful one. For me it was a great metaphor.

Q: Can you confirm no fish died while filming this show?

Q: Ron, the first episode pictures you dancing naked and speaking in tongues. How did they get you to prep for that?

Ron: There was this huge fountain where we shoot, it was over a mile and a half. And they said “Don’t worry about it Ron, we’ll heat the fountain for you”. And I get in and it’s not hot, not warm and I am starting to feel as I shrink. And it’s broad daylight and I was hoping we don’t have a license for this thing. But then they go “OK, start the fountain!”. Then the first spray of water fell on my shoulders and I was like “AHHHH!”. It wasn’t control, and it wasn’t acting for sure.

You can read the full article here.

An Interview With… Ramin Bahrani (Director of 99 HOMES)