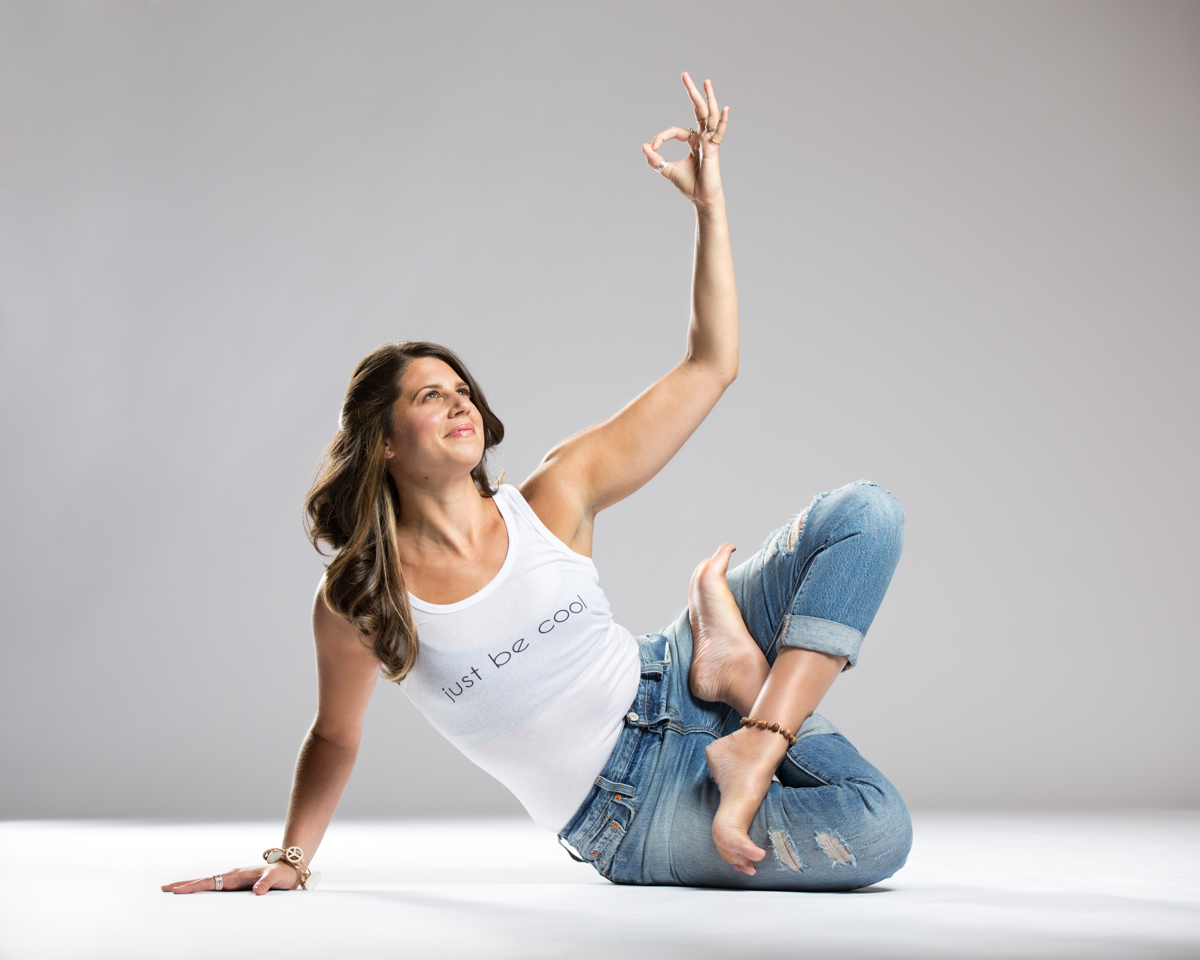 Movie Marker Magazine sat down with actress/producer, Erin Fogel to talk acting, making movies in New York City and her latest role in ‘The Strike’. 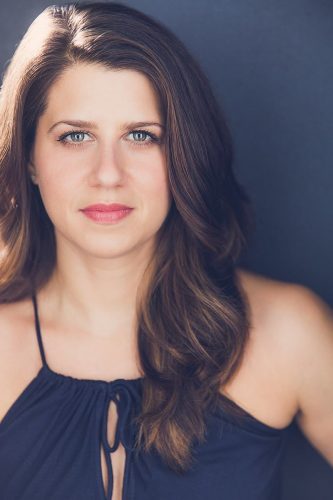 Have you always lived in New York? Can you tell us a little about your early beginnings?

I actually grew up in the beloved state of…New Jersey (womp womp). My parents had moved there with the thought that that the suburbs might be a better environment to grow up in. My father always worked on the Upper East Side, and my parents were in Manhattan every weekend for dinner, shopping, and theatre. I always longed to be there and visited as often as I could get a ride! Admittedly, I was not the biggest fan of living in the ‘burbs. I worked at the mall, waitressed at the local deli…really built up my suburban street credit, haha. Growing up with dreams of being an actor had limited accessibility and only the options provided by the school system. I attended a performing arts high school, but there were a lot of politics and cliques in the program which I always thought muddied the waters of real performance education. I would attend acting camps every summer which served as my theatrical escape! I had few weeks every year that I felt accepted for who I was and challenged to be my best and brightest.

I understand you are a yoga instructor, with your own New York-based studio. What inspired you to take the acting journey?

From when I was a very young child, I inherently had the passion for performance. My greatest joy in life was to make you laugh! From elementary school I followed a path that I hoped would lead me to where my heart desired. It might sound a bit cliché, but I was unfortunately the victim of some very intense bullying that started in grade school and followed me all the way through my Bachelor of Fine Arts experience at college (from both students and professors). I sometimes still wonder how I managed to not give up on myself in the face of some incredible adversity. As I entered “the real world”, I found that the industry was ironically much kinder and supportive than all of my years of pursuing acting in school. The only thing holding me back was my past self, and the insecurities that I had repressed all those years. At 22 years old, I found yoga. A brand new journey unfolded (pun intended) as I learned how to connect my mind with my body with my dreams. It opened up my ability to manifest the things I really wanted- and I wanted to share this magic with as many people as possible. In 2012, my mother and I opened House of Jai Yoga and have been helping others heal their bodies, their confidence, and their hearts so they may bring their best selves to everything that they want to achieve. 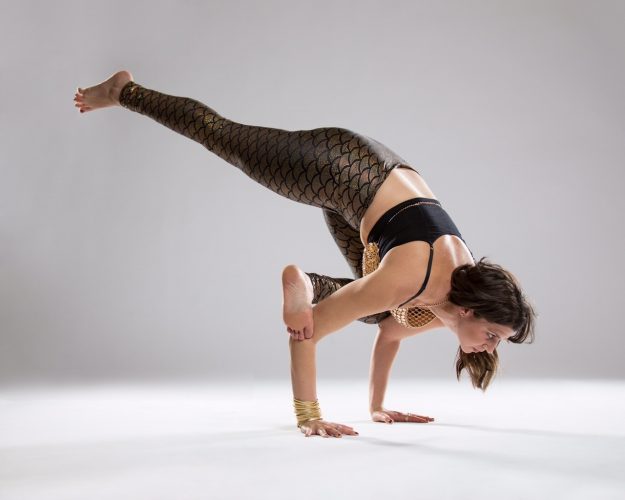 You have co-starred in some hot TV shows and movies, including ‘Boardwalk Empire’. Can you tell us a little about some of your acting roles and have you enjoyed one more than another?

When I first approached on-camera acting, I had to make a lot of modifications from my background of theatre. I had to learn to be more subtle, yet equally as alive. I was a little lost. I didn’t know my type. I didn’t know my place. Or if there even was one…(delving right back into the headspace of my childhood insecurities). I received a call to audition for a pretty incredible film, ‘27 Dresses’, directed by Anne Fletcher. I was BURSTING with excitement. Luckily, the role was for an energetic bride (Shari Rabinowitz) so my natural enthusiasm and wide eyes really lent itself to the role. I didn’t hear back from that audition for weeks. I had completely accepted that it had passed me by. I’ll never forget that random afternoon, out of the blue, when Naomi Kolstein’s office (my manager for the past 10 years) called me with the booking. I hit the roof. I had gone from never even acting in a student film, to working on a Hollywood set, opposite the wonderful Katherine Heigl. It was the absolute most exciting time of my life to that point. I was also lucky enough to be asked by Anne Fletcher to work my improv skills for the role, a dream come true. The months that followed were all of my fantasies- red carpets, magazines, interviews, and parties surrounded by the best of the best in the industry. I was so thankful for 27 Dresses and to Mackey/Sandrich Casting for calling me in for what would become my first taste of the business I had fantasized about my entire life.

Your recent lead role in the feature film ‘The Strike’ you executive produced and starred in. Can you tell us about the film and how you became involved?

‘The Strike’ was a film built from the ground up with pure heart and soul. I had been SO ready to lead a production of my own. I was all set to begin development on a project I had written with Josh Sugarman, ‘Once Upon a Time in Brookland’ – a dark comedy based on a true story. I had already begun to attach actors to the film, one of which was my friend Guillermo Ivan (also a producer). It was with a big sigh that the film “hit the wall” (as they say), and development froze in its tracks. I was beside myself to have to release the actors from their hold dates. Guillermo had comforted me with the reminder that everything happens in the time that it should. Two weeks later, he approached me with the idea to make something together! I jumped in head first. I had locations, I had a budget, and I had the sheer need to do it. Guillermo developed the script within a few months, and we began filming later that year. 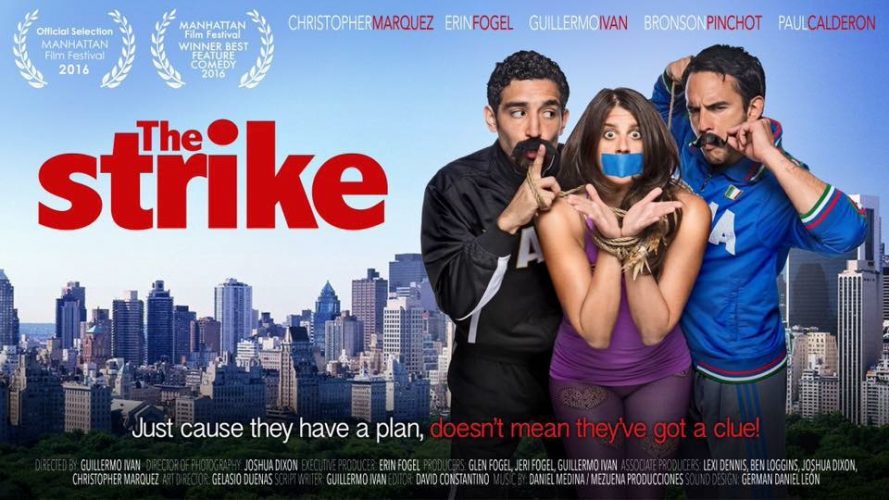 ‘The Strike’ was wholly filmed on location in New York City. What was it like to film in ‘The Big Apple’? Did the cast and crew face any difficulties on location?

Have I mentioned I actually have three careers? When I’m not on set or running House of Jai, I am a real estate listing agent and broker. My family’s original company since 1959 is real estate management on the Upper East Side. I grew up amidst rentals, co-ops, retail, and restaurants in the neighborhood. It was always exciting to visit these places as a child and have them know who I was, and follow my progress as an actor. I always would say “one day, I’m coming to you for a location!” Little did they know, that day was coming with the production of ‘The Strike’. I was so lucky to have the perfect locations in different areas of the city, so that we could give the audience a true and authentic New York City landscape adventure! The only real difficulties we faced was weather. The winter ran…a bit later than usual! We had a pretty brisk start to production, but we rallied through it and kept each other warm with constant hugs and laughs. 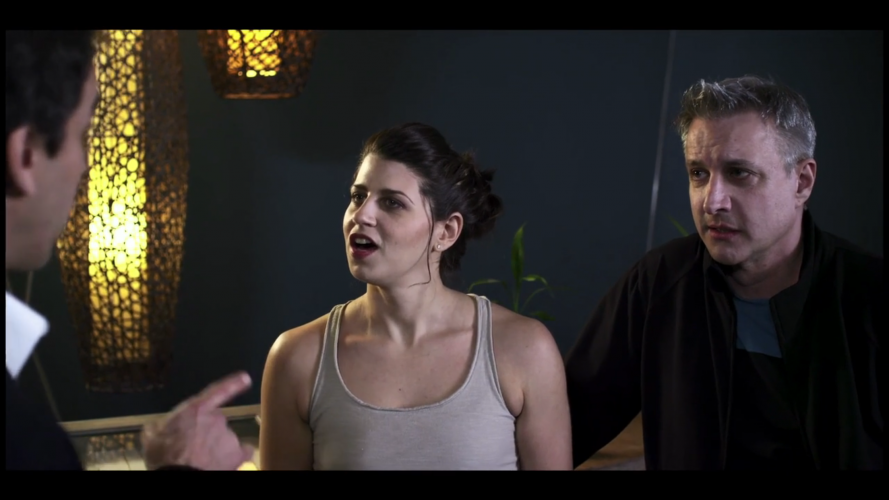 Erin Fogel and Bronson Pinchot in ‘The Strike’

The film stars an all international cast. How did the casting of veteran actor Bronson Pinchot, of ‘Perfect Strangers’ fame, come about?

We had been auditioning actors for the role of Carlo Lombardi every single day of our sessions. It was as if agents weren’t reading the description of the character, but were only sending in what they thought the name “Carlo Lombardi” represented (we learn that Carlo Lombardi is not even the characters real name). We needed someone who could bring a real charm and who understood comedy on a level that allowed for lightness but also a depth of emotion. We worried as the days went by (understatement). I remember the crew was sitting in one of our locations, Café Noi. I was pacing. I needed a big idea. Then it hit me like a bolt of lightning- BRONSON PINCHOT, my favorite childhood actor! Within a couple of days we were able to rest comfortably as we brought Bronson onto our team. It had been some time since Bronson was back in the business, and after filming I introduced him to Naomi Kolstein. He’s been booking great guest star gigs with Bohemia Group ever since!

Out and out Comedy. Thoughtful Comedy. And Comedy with a global message.

Yoga is a part of my daily life, and something I grow to enjoy more and more. Plus it allows for me to eat more! I am a big veteran of the NYC restaurant scene (some faves include Marc Forgione, Lafayette, and The Marc), and I always try to look my best with great clothing pieces that satisfy my mild shopping addiction (my favorite local boutique is ShiShi on the Upper East Side.) 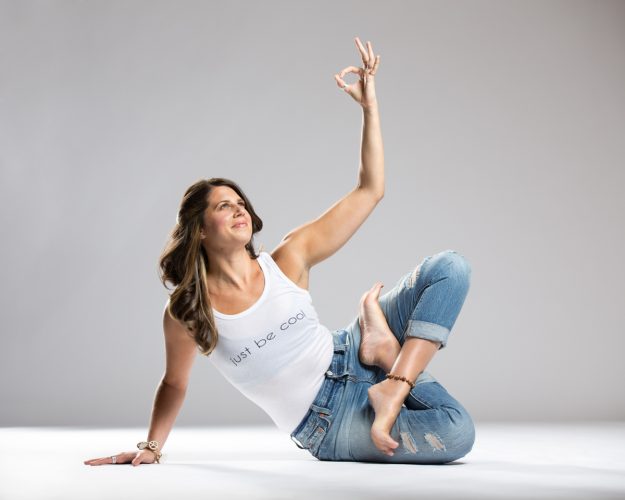 Currently I am in development on two new projects!

One is a new TV comedy series which will push the envelope and break the boundaries of culture and class as we bring them to a major clash. I am developing this new title with Justin Ross and Peter Basler of Bohemia Group’s production department, written alongside veteran writers Marc Morgenstern and Amy Acosta.

Concurrently, I am working on a new film – an awkward dramedy following the trials and tribulations of Willow, a young(ish) girl with a chronic illness that causes some major comedic destruction …. so lots to look forward in the coming months!

An Interview with Actor-Producer Phil Adkins