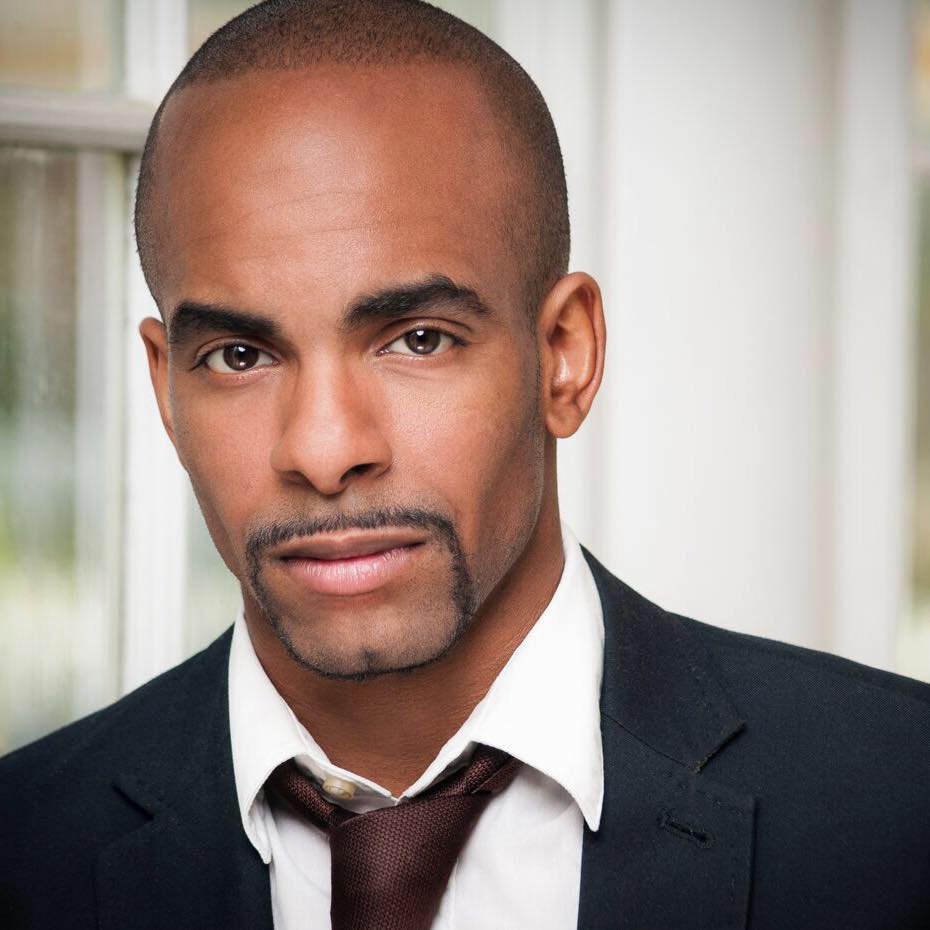 Can you tell us a little about your early beginnings living in Chicago before heading to Hollywood?

I was born in Chicago. My father was in the Air Force, so I had a very strict upbringing. Everything was very specific and detailed. Everything. The clothes I wore, the food I ate, who could be my friend, and who could not etc. I was attending prep school when I first became interested in acting. It made me happy doing it. I felt confident and happy. I did my first school play and loved it. Afterwards, I started working on commercials and in plays at the local theater companies. I did a play at Steppenwolf, I believe I was 16 years old, and that’s when I knew acting was what I wanted to do. 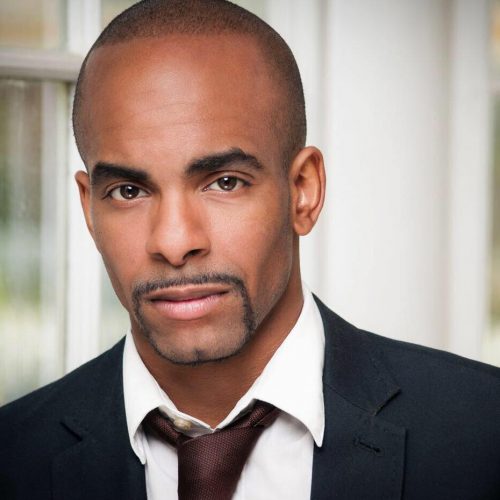 Interesting question. I don’t know why I chose to take up acting instead of music or dancing or painting. I don’t know. I had fun doing it. It made me feel good and when you feel good, feel happy doing something, there is nothing else you want to do. There is an interesting saying that a fellow artist told me once, you don’t choose the arts, the arts choose you. I guess it chose me. 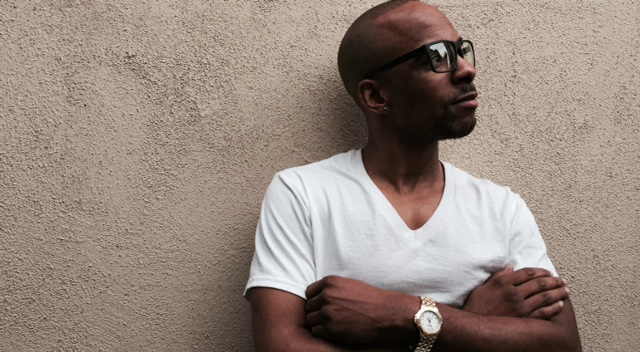 You have acted in, and produced, some great TV shows and movies, including ‘4am Gas Station Muzak.’ Can you tell us a little about some of your acting roles and have you enjoyed one more than another?

Sure. I did a series titled among friends. In the series I was a precious metal broker. In ‘4am Gas Station Muzak’ I portrayed a young man down on his luck. His life just isn’t going well for a variety of reasons. No matter what he attempts he fails. Most recently in ‘The Summoning’ I portray a young law student who challenges a very wealthy connected real estate owner. It doesn’t work out well for my character!

I loved becoming all of those characters. Each one taught me something not only about the subject matter of the production but about myself as well. If there was one that I liked more than the other? I like Mark from ‘4am Gas Station Muzak’ the most if I had to choose. I identified with him. There have been moments in my life and I think that all people can agree, where everything is going wrong. Nothing is going right no matter how hard you try and you don’t know how to fix it. You have to either ride it out, or seek help in trying to fix whatever it is that is giving you hell. I identified with Mark’s pain his sadness and frustrations. 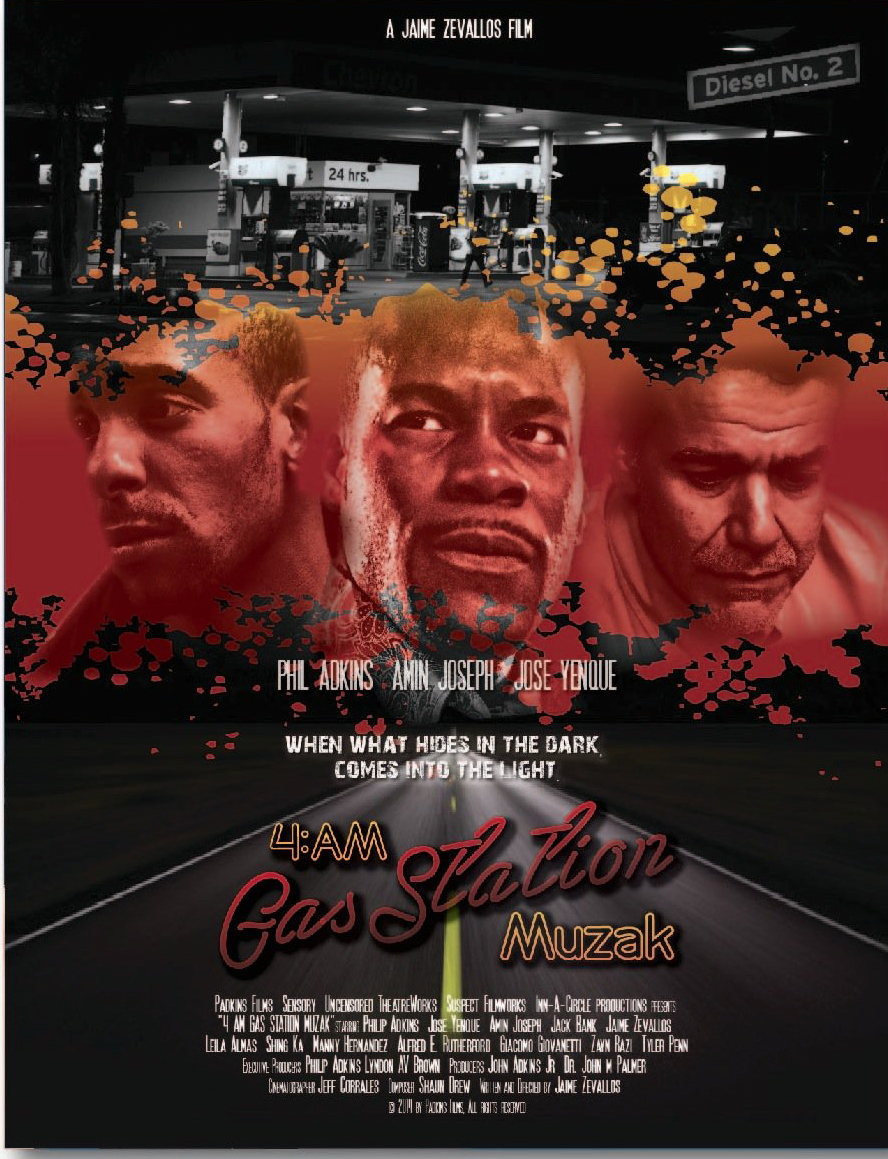 Your recent lead role in the feature film ‘The Summoning’ you executive produced and starred in. Can you tell us about the film and how you became involved?

Sure. The director of my film ‘4am Gas Station Muzak’, Jaime Zevallos, was working on ‘The Summoning’ while we were shooting. We talked about the concept, where and how he wanted to shoot it. I was very interested in investing in his new project, so I became more of an investor and an executive producer on it. We began talking about the characters and the more we talked about the characters, the more we realized that I had a lot in common with the character Clayton. We both decided it would be a perfect fit if I played that role, so I did!

‘The Summoning’ was filmed on location in Texas. What was it like and did the cast and crew face any difficulties on location?

My role required me to be in Texas for 5 days. I didn’t have any serious problems. Well… not completely true. Funnily enough, I got lost at the airport. I arrived at about midnight and couldn’t get out of the airport. I had to get to the Gate D exit. There was a sign that said Gate D this way. However, the sign pointed to the wall. I just kind of stood there like “what?” I stood there and walked around looking for help for about 10 minutes. I finally found an employee who told me I had to go downstairs to get to Gate D. I went downstairs and found my car. True story! Another problem was the heat. Oh my goodness – the Texas heat. We were all overheating on set. It got so hot at one point I didn’t know where I was or what was going on. Other than those two challenges, everything was fine!

The film stars an all international cast, including Academy-nominee, and veteran actor Eric Roberts, what was it like for everyone on set working together?

It was great. I learned so much from them. Everyone was rehearsed and ready. I liked that the most. There were no foul ups, everyone knew their lines, their characters, their relationships etc. All the actors were professional and prepared. It was like playing in the Super Bowl and everyone was on. If you can image – no fumbles, no dropped passes, no incomplete passes. Everyone caught everything that was thrown at them and scored. I was very impressed. A cool thing about the director, Alberto G Rodriguez, was that he let us play. When I say play, I mean he let us do the scene however we wanted and if it was too much, he’d tone us down. He didn’t have a single “one way” over doing things. He was flexible with the cast. Directors like that are amazing to work with – open minded. 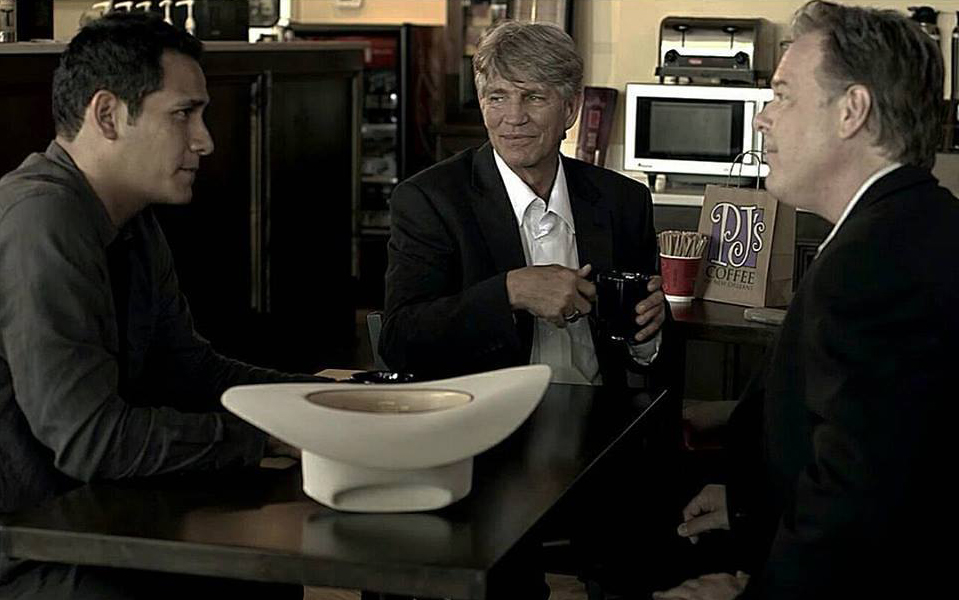 From ‘The Summoning’ – Jaime Zevallos, Eric Roberts and John Lansch

I like everything. For me, it’s all about the script. If it’s a good script and it moves me or makes me laugh I’m interested. The genre is unimportant to me. I am happy to watch everything and anything – that has a good script to it.

When I’m not acting, I’m usually honing my acting skills in a class. Outside of that, I enjoy collecting luxury watches, working out, watching the stock market, watching movies and boxing. 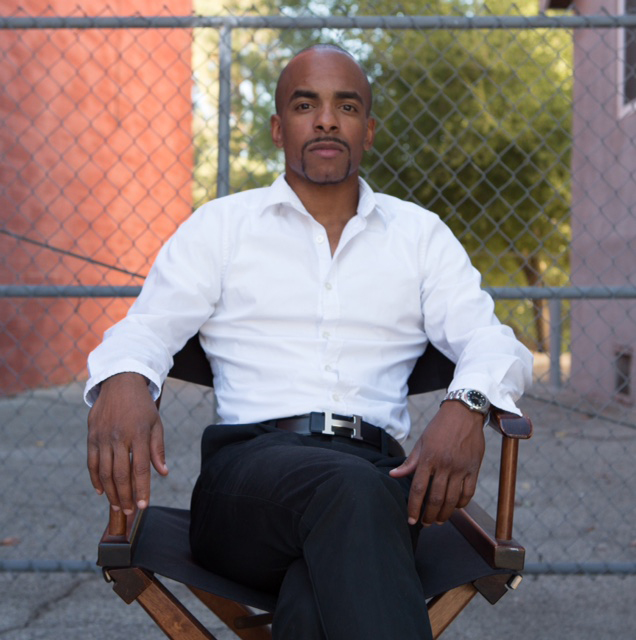 I have just completed the pilot of a new TV show ‘Ventura Blvd’. We are currently in negotiations, but if all goes well, it will be on Amazon Prime. I am also getting ready for my next film ‘Better Than Normal’ so quite a bit to look forward to this new year.

Behind Closed Doors with Alexandra Rosario

Up Close with Erin Fogel