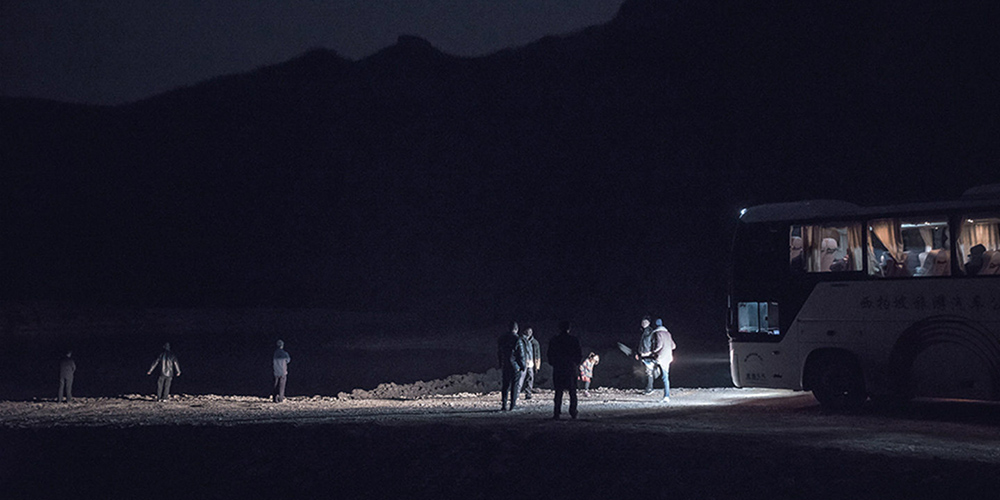 A monolithic test of any cinephile’s patience in 2018 is Hu Bo’s An Elephant Sitting Still – clocking in at a mammoth two hundred and thirty minutes, Hu’s directorial debut has caught the attention of the cinematic world. Unfortunately, after completing his project, Hu Bo took his own life at the tender age of 29 – leading some critics to cipher An Elephant Sitting Still as Hu’s message for help and a testament to his pain.
Adapted from his own short story, we follow the lives of ordinary people in a mid-tier city in China, watching in claustrophobic detail as they confront the cruelties of life in a world that has given them nothing. Eventually, with no reason to live, our main characters decide to travel to the Manzhouli circus and see the titular elephant sitting still.
Possibly the bleakest perspective of the new capitalist China yet witnessed in cinema,An Elephant Sitting Still conjures shattering emotions of detachment and apathetic pains of existence as Bo exposes the misery of life within the kingdom. The trepidations and adversity of humanity are canvased through each moment. The narrative is simplistic, yet includes a plethora of metaphors and symbolism that provoke the audience to consider their own existence.
Hu Bo explores uses this to explore various subjects, such as poverty, mental health, and societal issues, the director masterfully providing audiences enough fodder to reflect and improve within our own lives. You can feel the director pouring his heart into this script, nurturing it until it evolved into a truly intricate and introspective drama. The elongation of the runtime, meanwhile, gives both the audience and Hu Bo enough time to connect and understand how his perception of the world. Ultimately, you’ll leave the film feeling hollow and drained, but that’s clearly the intention – pointing out that we, as a society, need to understand the world before we can improve it.
Hu Bo’s vision could not have been realised were it not for cinematographer Chao Fan’s presence here. He presents a grey and dull world, accentuated by long single-take guerrilla camerawork. This effortlessly heightens the sensation being part of this world, assisting the reiteration of the dimness our protagonists’ lives and the annoyances they feel about the tragedy that is their own existence. The camera stays adjacent to the characters, following them in lengthy, and – at times – astonishing moments.
The cast are astounding; the long running time providing ample time to thoroughly explore each character. As an audience, we’re invited to spend time with these people, we grow to love and care for each immensely. Capped off with a powerful cathartic ending to boot, An Elephant Sitting Still gives the audience a lot to think about: Hu Bo doubtless leaving the cinematic world with a very powerful film intended to open our eyes to the people around us.
Related Topics:An Elephant Sitting StillHu BoLiu CongxiPeng YuchangWang YuwenZhang Yu
Up Next