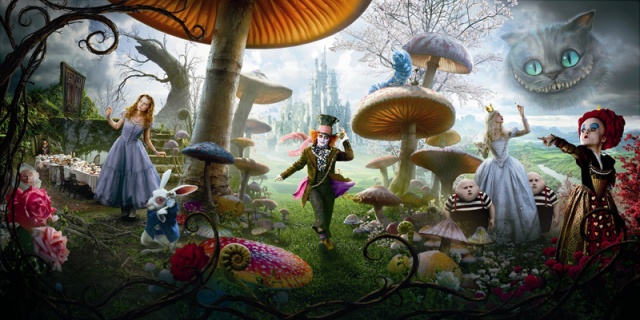 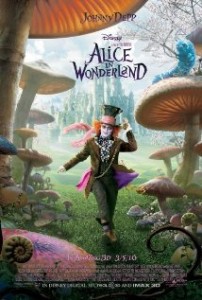 The latest reimagining by director Tim Burton, Alice in Wonderland is a soulless adventure, devoid of pretty much anything that made the original adventures by author Lewis Carroll so memorable.

The plot follows Alice, played by Mia Wasikowska, as she returns to the world of “Underland” to escape her grey and boring life in 19h century London. Unfortunately, she quickly finds herself in an equally uninspired world, created through an overreliance on unconvincing digital effects.

It’s incredibly disappointing to see a director that was once known for his work with practical effects, with previous credits including Beetlejuice and Pee Wee’s Big Adventure, rely so heavily on CGI. These effects add very little to Underland, making it appear hollow and uninteresting in comparison to other fantasy worlds created instead with sets and locations.

In terms of performances, Johnny Depp gives a truly awful turn as the Mad Hatter, which could even challenge his characterization of Willy Wonka for his worst performance in a film yet. Adopting an unsteady Scottish accent, Depp changes sporadically between different dialects in a process that is incredibly distracting from the action happening onscreen. It’s hard to believe that this is the same actor who brought such nuance to his role as the infamous director Ed Wood, in Burton’s 1994 classic of the same name.

The lead Mia Wasikowska fails to do any better. The character of Alice is lacking a discernible personality throughout the entire film, as she reacts to even the most magnificent events with little more than a stone-faced glance. For a movie called Alice in Wonderland, it is bizarre that the central character should appear bored by her unusual surroundings, but here that is most definitely the case.

One of the rare highlights in the film is Helena Bonham Carter as the Red Queen. She is delightful to watch in her role as the capricious tyrant, who has cast Underland into ruin. Though her performance alone is not enough to revive the film’s fortunes.

Another disadvantage is the film’s plot, which is spectacularly uneven. Many of the changes made from the original story are unnecessary and seek only to transform the narrative into something more akin to the Lord Of The Rings or The Hobbit films with sweeping battles and looming prophecies. These battles divert the attention away from the wonder of the environment, with Carroll’s creations taking a backseat to a pointless quest story.

The film is a mess, with few redeeming factors. This trip through Wonderland is lacking both charm and intelligence. To save frustration, I recommend you stay clear of this turgid rehash and invest in the original books.

Tiny: A Story About Living Small