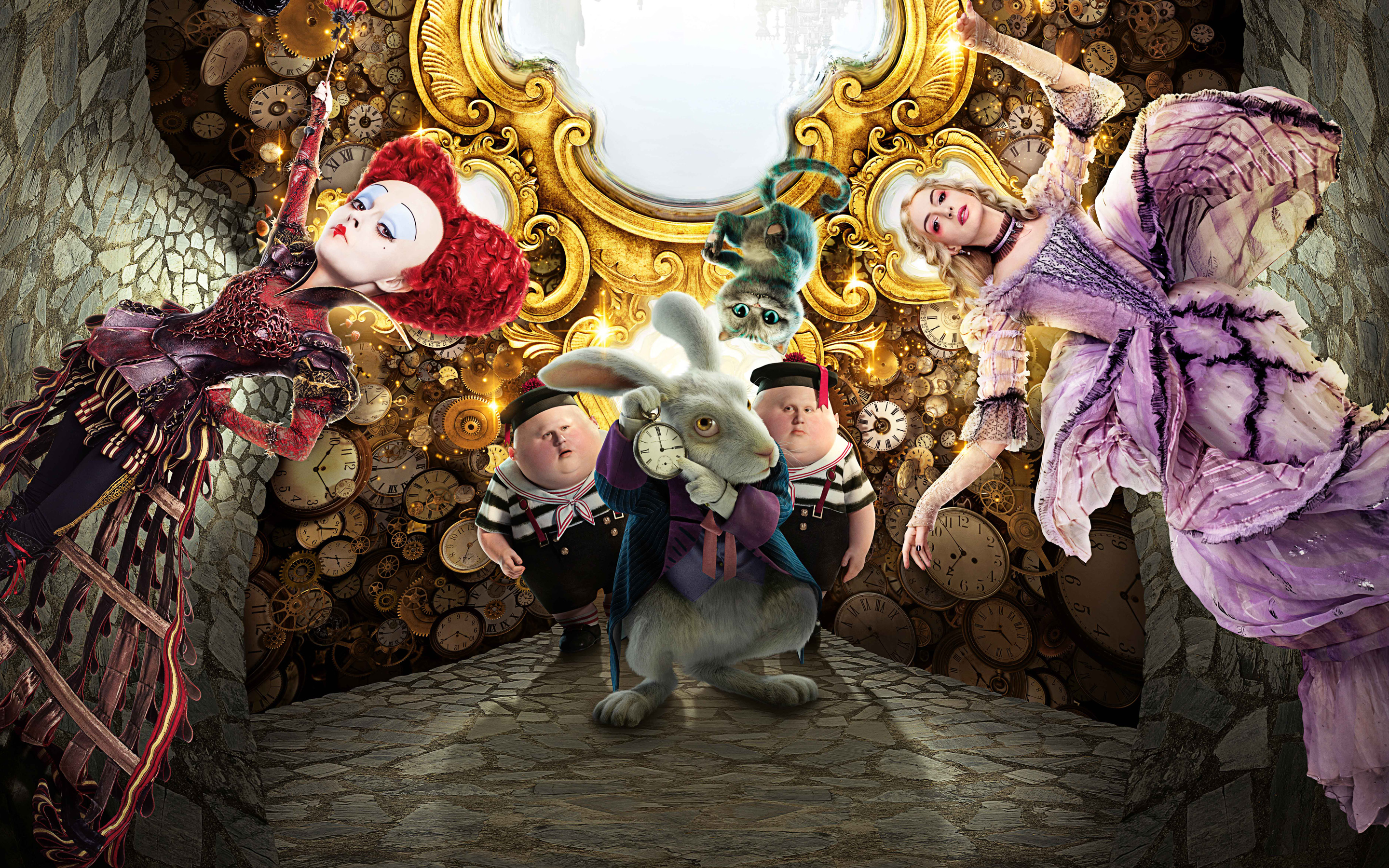 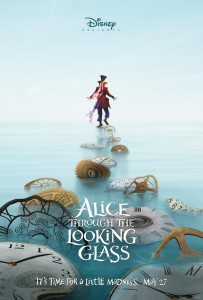 The sequel to the popular Tim Burton live-action Alice in Wonderland is finally here (now that Mia Wasikowska has had 6-years to grow into the role) and it’s full to the brim with visual magic, even if the narrative is a little predictable.

Alice Through The Looking Glass sees Alice’s (Wasikowska) hectic return to the whimsical Underland, reuniting her with the Mad Hatter (Johnny Depp), the White Queen (Anne Hathaway) and, unfortunately, the Red Queen (Helena Bonham Carter.)  With Tim Burton’s departure from the director’s chair (he exec produced the movie instead) the film is indeed curious; in that it pretty much deviates entirely from Lewis Carroll’s novel, instead focusing on the more linear story of Alice coming to the rescue of the Hatter in a mission to find his family.

The film opens with Alice deep into a career as a sea captain, having rejected her responsibilities at home; the dullness of a domestic and quiet life.  Faced with the very real prospect of not being allowed to go back to sea as a captain, she finds her magical looking glass, and without hesitation once more leaps into the more exciting, magical world of Underland.

There Alice learns that her dear friend Hatter is wallowing in life-threatening depression (shown by greying hair, pale makeup and a loss of colour to his bright eyes) because he’s found an object that makes him believe his family is alive; the very first hat that he ever made. “Your family are dead,” says Alice, as she finds him on his sick bed. “It’s impossible.”  If there’s anything these films bring to light- it’s that nothing is really impossible if you just look at things a little differently.

Alice’s first test on her mission to find the Hatter family is facing Time itself to get to the bottom of what really happened on the day when the Red Queen unleashed her Jabberwocky on their village. Time is part clock, part man (Sacha Baron Cohen). His sequences, and his little steampunk companions of cogs and machinery are a real high point, especially when you realise how many puns on the word ‘time’ there are (the film uses pretty much all of them during the tea party scene).  Time has his own time machine luckily, and that’s what Alice steals to flit through time to better understand what really happened that fateful day.  Being stubborn, it takes Alice a few scenes to learn that she cannot change the past and there are perhaps more profound lessons to be learnt here.

As a bit of a VFX junkie, I had everything I needed to keep me entertained in this richly visual film.  Alice flying through time conjures up waves of an ocean; the memories mere fragments and droplets, hanging off of the waves.  Time’s tower and haven is an example of some really creative set extensions. Time is omniscient and eternal, and the golden, almost Baroque tower  hearkens back to the past, whilst the animated cogs and machinery belonging to the master clock remind us of how time must also stare straight into the future.

The narrative, entertaining as it is, is a little straightforward and plays it safe with what is essentially one of the most challenging and interesting pieces of children’s literature of all time.  Being on the straight and narrow, it only allows for very fleeting bursts of nonsense and creativity outside of the story, which is a bit of a shame as it’s kind of the reason people love Carroll’s writing.  Alice Through The Looking Glass is lacking in the truly ‘wonderful’ and the sense of the ‘unknown’ is lost, as the characters suddenly start sharing scientific reasons behind why things are the way they are.  Put simply, Underland is just a lot less weird and wonderful.  It’s an entertaining and visually-beautiful film, however, and holds up as a popcorn movie that the whole family can enjoy.