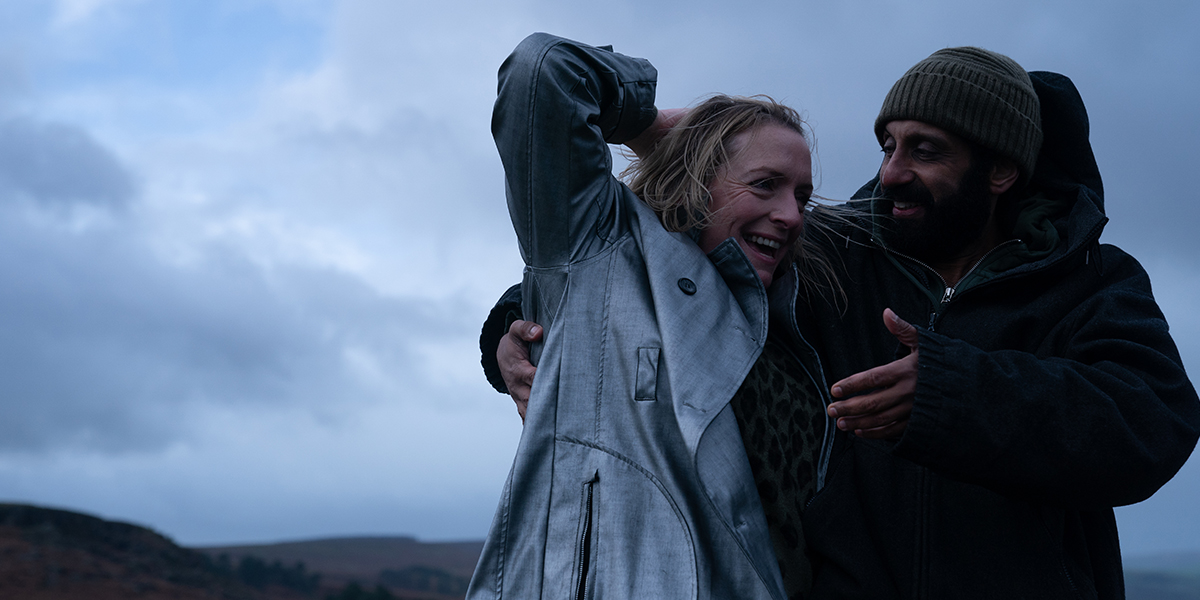 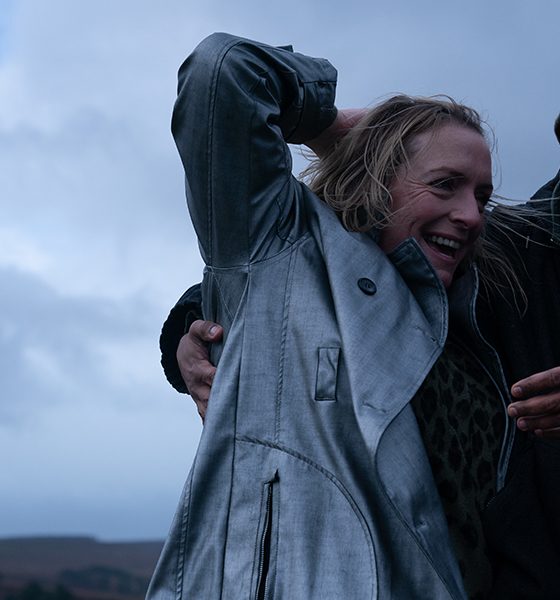 It is rare that a romantic comedy successfully manages to blend effortlessly its comedic elements within a love story. This is part of the appeal of the refreshingly grounded tale within Ali & Ava with its charming flair. This is a romantic tale for grown-ups who, despite being middle-aged, are still young at heart and enjoy life. The film’s energy is infectious and will positively transform any dull moment as it liberally injects a dose of feel-good enthusiasm and merriment.

Chaotic, flawed but realistic leads are the main selling points within Ali & Ava with an immersion into their lives. The film does not rely on the stereotypical meet-cute but instead captures the encounters of two disparate neighbours in Bradford whose paths cross from time to time as Ava is a teaching assistant. Director Clio Barnard has certainly drawn out a convincing portrayal from Claire Rushbrook as Ava and Adeel Akhtar as Ali, whose on-screen chemistry is a delight to watch. Their dynamics sizzles and simultaneously conveys that longing to join in with the antics of these extremely likeable characters.

Ali & Ava’s ability to capture the freedom that a good piece of music provides is impressive. It just feels natural to sing along whilst Ali and Ava, well, mainly Ali, dance frenetically to the pulsating rhythms. The film shows that embracing the intoxicating sensation of a good dance session with a good soundtrack is not the preserve of the youth and that music has the power to re-invigorate us all.

Ali & Ava also depicts a growing sense of loneliness between the couple as they attempt to come to terms with the dynamics of their respective situations and the long-lasting impact of previous failed relationships. Barnard’s vision advocates the power of music as a healer in those situations. There are some interesting directional approaches adopted with Ali literally engulfed in mist and dancing with abandon. Equally, a private silent disco session between Ali and Ava displays that sensation of being connected but equally alone. It is both a hilarious but poignant scene as the realisation unfolds of that desperate need to connect with others provides added emotional resonance.

Barnard has impressively mastered that delicate balance between humour, social commentary and a love story. The intertwining of the layers of multiculturalism of Bradford within the burgeoning relationship of Ali & Ava is presented as a matter of fact. It embeds the cultural anxieties and takes this within its stride with a tenderly nuanced portrayal of cautiously re-discovering love and navigating challenging familial circumstances.

The film does not highlight the complexity of family life for both Ali and Ava. There is a good supporting cast whose engaging personalities provide some scene-stealing moments. These moments further imbue the film with that exuding warmth that radiates in scenes between Ali and Ava. However, Akhtar’s infectious laugh will unwittingly elicit laughter from the audience. It is that difficult to resist. It is very pleasing to see Akhtar in a leading role. With Ali’s larger than life personality, it is easy to understand why Ava’s reticence initially dissolves as he is a persuasive force of nature to watch on the screen too.

Ali & Ava is an enjoyable tale with a realistic romance blossoming between friendly characters that are warm, down to earth and extremely relatable. Its overall feel-good sensation is not jarring against the backdrop of a gritty location, fortunately. Ultimately, Ali & Ava provides a sense of hope that positive life changes can occur at any stage in life as long as we remain open to the possibility and have an excellent playlist to dance to.