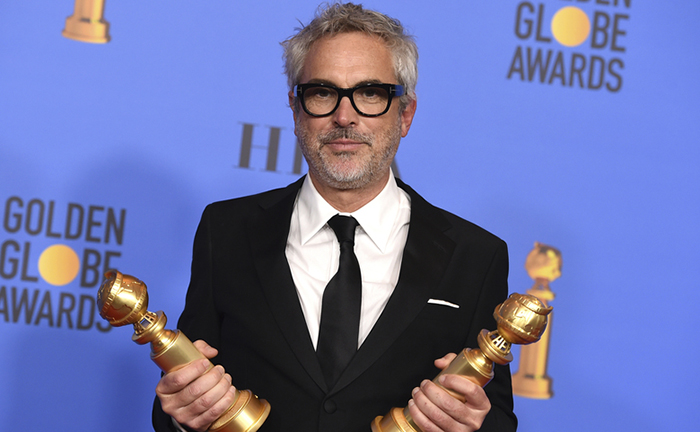 During a Q&A following his Best Director win for Roma at the Golden Globes last night, Alfonso Cuarón got into a heated exchange with a journalist who questioned what the distribution model for the film meant for the future of the industry.

The journalist in question asked the director if Roma’s unique release –  a combined dual-debut across Netflix and cinemas, as opposed to a traditional wide theatrical release – and the film’s subsequent success, marked the end of unique, independent theatrical experiences.

“My question to you is, how many theatres did you think that a Mexican film in black and white, in Spanish and Mixteco, that is a drama without stars — how big did you think it would be as a conventional theatrical release?” Cuarón replied tersely, visibly agitated, “It was not a cosmetic release… the movie opened more than a month ago and is still playing. That is rare for a foreign film. I think that is very unfair to say that. Why don’t you take the list of foreign films this year and compare the theatrical release to those things and for how long they’ve been playing? See how many are playing in 70 [millimetre].”

Cuarón has been frank in the past about the state of modern cinema, and the prospects offered by new platforms. The Gravity director is on record saying: “Something we must be very conscious of is that the theatrical experience has become very gentrified to one specific kind of product.

Cuarón’s motives aren’t entirely noble, however – the director only pushed for a theatrical release alongside a streaming debut solely in order to qualify for awards shows.