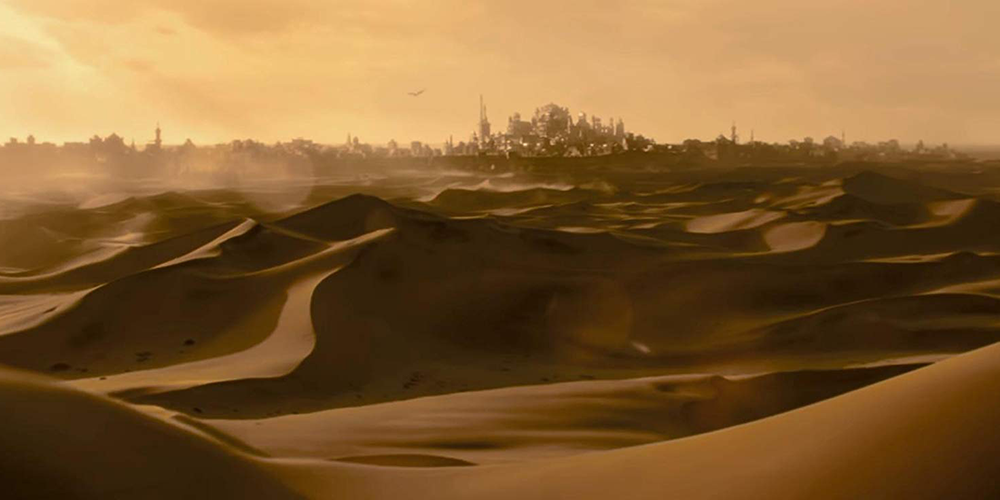 With buzz swirling in the wake of last week’s teaser trailer release, the hype machine’s beginning to fire up for the release of next year’s live-action Disney adaptation, Aladdin. One person less than thrilled by the prospect, however, is one of the writers of the 1992 original, Pirates of the Caribbean and Batman v. Superman scribe Terry Rossio.

Taking to Twitter, Rossio explained his beef thusly: “So strange that literally the only words spoken in the new Aladdin trailer happens to be a rhyme that my writing partner and I wrote, and Disney offers zero compensation to us (or to any screenwriters on any of these live-action re-makes) not even a t-shirt or a pass to the park.”

In short, Disney have not paid either Rossio, co-writer Ted Elliot, or any of their predecessors on the ’92 Aladdin script in any way shape or form for their work – despite the new adaptation being described as using much of the original script. The justification behind this is down to a now-archaic rule of the Writer’s Guild of America that offers no coverage for the writing of animated feature films. As such, not only is Disney not obligated to pay its original writers any form of royalties for Aladdin, but they’re afforded the same saving on every project to be adapted under the studio’s lucrative line of live-action adaptations.

Aladdin, meanwhile, opens worldwide on May 24th, 2019, with Guy Ritchie directing and a cast that includes Mena Massoud, Naomi Scott, Marwan Kenzari, and Will Smith as the Genie. At present, there is still no justice for Rajah – who has been cut from the new take.

This week’s “Who’s the Next Bond?!” Rumour is Richard Madden