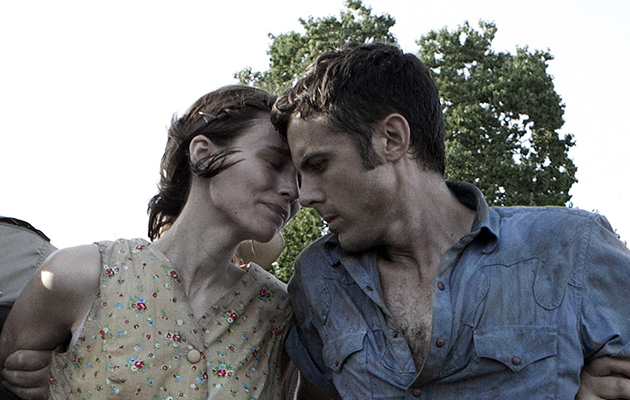 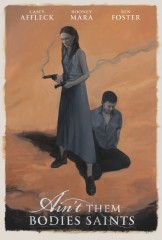 Gone are the days of western stalwarts like John Wayne and Clint Eastwood when the genre was at its busiest, bringing cowboy films to cinema screens thick and fast. In more recent times, tradition and stereotypes from that field have been replaced by more ambitious modernised takes that come few and far between but are usually worth the wait. Notable examples include Andrew Dominik’s epic The Assassination of Jesse James by the Coward Robert Ford and Tarantino’s twisted homage Django Unchained, both directors applying their own style and attitude to the familiar environment of the western film.

In steps David Lowery with whose artistic vision has been strongly compared to that of Terrence Malick, with ‘Ain’t Them Bodies Saints’, his Bonnie and Clyde-esque romantic crime drama starring Casey Affleck and Rooney Mara. Set in 1970s Texas, criminal lovers Bob Muldoon (Affleck) and Ruth Guthrie (Mara) are embroiled in a shootout with the authorities and when Ruth shoots local police officer Patrick (Ben Foster), Bob takes the blame, leaving her to raise their daughter alone while he is sentenced to life behind bars.

Although the plot focuses on a notorious outlaw on his quest to reunite with his soul mate, there is a lot less action that you would imagine. Key events such as Muldoon’s prison escape are spoken of but go unseen and instead Lowery aims his directional wand at glorious landscapes, revelling in the dusty beauty of candlelit rooms allowing the characters to develop at a brooding pace. Bob and Ruth’s bruised bond is continued through scribbled love letters accompanied by a drawling voiceover delivered convincingly by Affleck but as time wears on and news of Bob’s flee circulates, Ruth is faced with the choice of holding out for him as promised or settling down with Patrick who holds a torch for her, unbeknownst to the fact that it was she who pulled the trigger on him years before. The internal dilemma can be seen as the youthful wilds of Western ideologies versus the realities of growing up and nurturing a child. Ruth is interestingly caught somewhere in the middle, raising questions of her flawed character and her relationship with Muldoon who is still living out his own misguided version of the American Dream.

Rooney Mara gives a very impressive performance as the conflicted Ruth Guthrie, continuing a fantastic run after the brilliant Side Effects earlier in the year. She manages to underplay a charismatic blend of vulnerability and unpredictability perfectly, and I would not be surprised to see her receiving a second string of nominations at the awards season. Affleck also is in fine form, fighting from under the shadow of his older brother, and carrying on his association with the modern day Western after his memorable turn as the aforementioned Robert Ford. He and Mara establish an early connection effectively in the beautifully filmed opening scene and this chemistry resonates through to the closing frames holding the minimal narrative together.

The aesthetic impact outweighs the uncomplicated story which trickles through middle sections at a snail’s pace which is fine for the most part but lacking a little oomph to carry it through. In defence, this is Lowery’s biggest project to date and ultimately shows potential and perhaps if he was as inventive a screenwriter as he is a director then it would make for a sturdier, more balanced film. It is however exciting to see another interpretation of the genre which successfully dodges the deep cliché pitfalls and joins an exquisitely made collection of the neo-westerns, and though it may not be as impactful as others, it is a far cry from flogging a dead horse.

One Direction: This Is Us