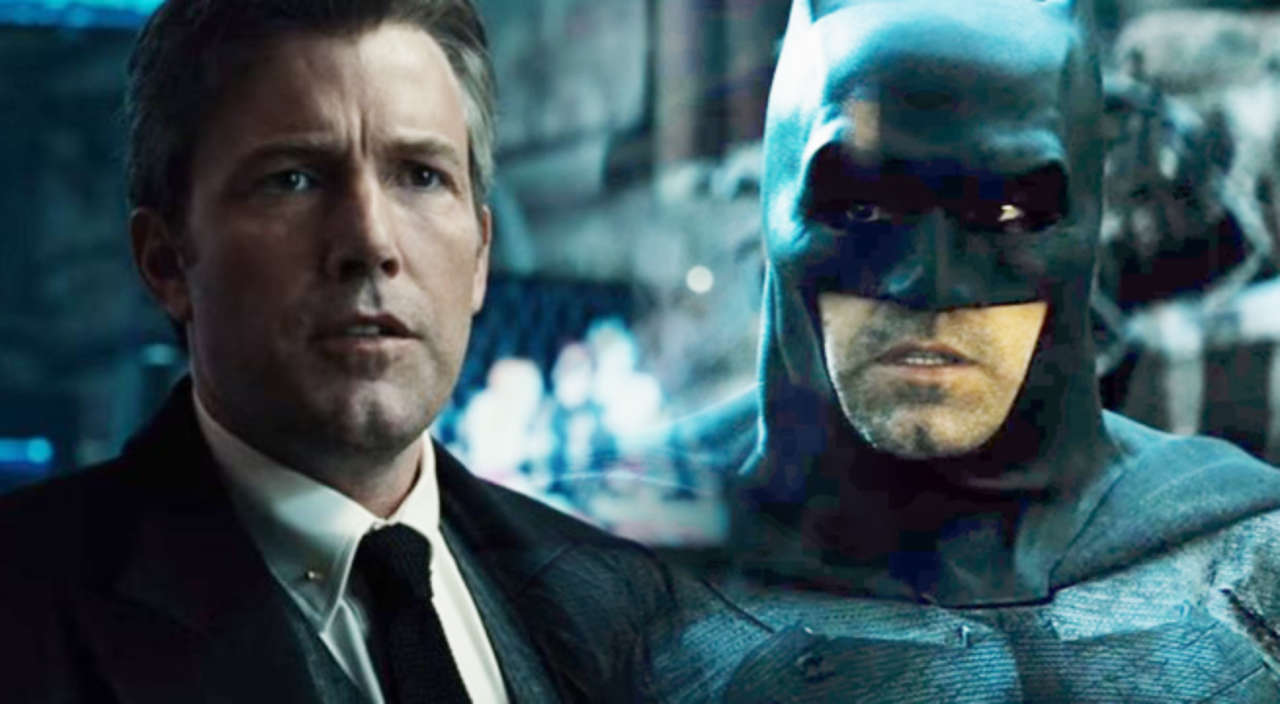 As Ben Affleck rests on the set of the latest superhero blockbuster while looking over at his ‘batcave’, the movie star finally looks comfortable in his role. The body-tight, heat-resistant, tri-weave, titanium-dripped, muscled fibre suit, now comes equipped with Kevlar plates that Affleck says provided both him and his character with more “flex”. This enabled him to stretch more than when he previously played the Dark Knight.

On the inside, the actor revealed that his character is going back to basics: cynical, witty, and more dependent upon his intelligence that gadgets alone. We can expect to see something more along the lines of a 60’s Adam West Batman, sans the cliches, camp, and ‘ka-pow’. Returning to the role that he previously played in Batman vs Superman, Affleck offered his insights while filming Justice League at Warner Brothers’ studios in London.

The fifth movie in the DC Comics’ latest incarnation includes an all-star cast of Affleck, Gal Gadot, Henry Cavill, Jason Momoa, Ezra Miller and Ray Fisher. In smaller roles, we will see Amy Adams back as Lois Lane, along with Willem Dafoe and Jeremy Irons as Nuidis Vulko and Alfred Pennyworth respectively. Zach Snyder who began directing the film, after making previous instalments Man of Steel and Batman vs Superman, stepped down due to a family tragedy. Snyder was replaced by Marvel filmmaker Joss Whedon, who completed the remainder of the movie.

Justice League, opening in November, sees Bruce Wayne assembling a team of superheroes to take on villain Steppenwolf, along with his Parademons. The bad guys are out to locate the three ‘Mother Boxes’ capable of bestowing upon them tremendous powers to control and destroy Mother Earth.

Bruce Wayne, aka Batman, being encouraged to develop a sense of humour for this latest outing is in direct contrast to the mean and moody persona we saw in Batman vs Superman. To emphasise the new fun approach, Bruce and Alfred uncover a 1960s prototype jet fit for a 21st century battle.

Set designers actually mimicked a real 1960s jet fighter to build a section of the new Batcraft, which appears in numerous action sequences. The Batmobile is also making another appearance, this time with extra missile-firing capability.

On reprising his role as the Dark Knight, as well as playing a part in writing the script and having a say in the character’s direction, Affleck said that it was an enjoyable departure from his serious roles, such as in Live By Night and The Accountant. 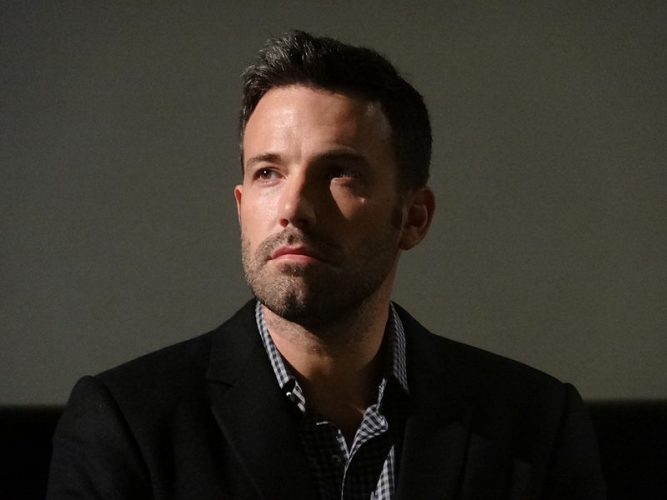 In fact, in spite of the incessant rumours that he’ll hang up his Batsuit after Justice League, Affleck has said that he’s still invested in playing the Caped Crusader. Murmurings surfaced during the summer that Affleck would no longer be playing the role, largely based on the fact that he opted not to direct the upcoming solo Batman movie, simply titled The Batman.

Added to that, his script was allegedly dropped for The Batman, after Matt Reeves took over the director’s chair. Even Ben’s younger brother Casey put in his two cents, suggesting that there would be no more Batman for Ben.

While Affleck’s casting as the Dark Knight was unpopular and controversial, fans were won over by hisbrooding performance in Batman vs Superman, even considered to be the film’s highlight for many. He convinced as both the suave and sophisticated Bruce Wayne, as well as Batman, Wayne’s physically intimidating alter-ego. That performance got fans excited to see Affleck not only starring, but also writing and directing, his own solo Batman movie. Some, including Zach Snyder, even called him the best Batman so far.

Affleck has spoken on multiple occasions about what the role means to him and that he would be happy to continue donning the Batsuit for as long as Warner Brothers wants him. With fans just getting used to seeing him in the role, and as we are about to see only his second outing, this is hopefully just the beginning.

The film sees Bruce Wayne with a renewed faith in humanity, thanks to Superman’s selfless actions. This leads to Wayne enlisting the help of new friend Diana Prince to face off against a formidable enemy. In spite of the coming together of this group of heroes- Wonder Woman, Batman, The Flash, Cyborg, and Aquaman. It may not be soon enough to save Earth from the pending assault.

Affleck points out that superhero roles, and the Justice League movie in general, are a huge moment for a lot of people. Affleck is already an Hollywood A-lister and Gal Gadot is quickly making her name for herself as Wonder Woman, but Ray Fisher, Ezra Miller, and Jason Momoa, are all primed to break out as Cyborg, Flash, and Aquaman, respectively. The studio is hoping to take DC to new heights, with an army of fans having waited to see a big screen version of Justice League their entire lives. 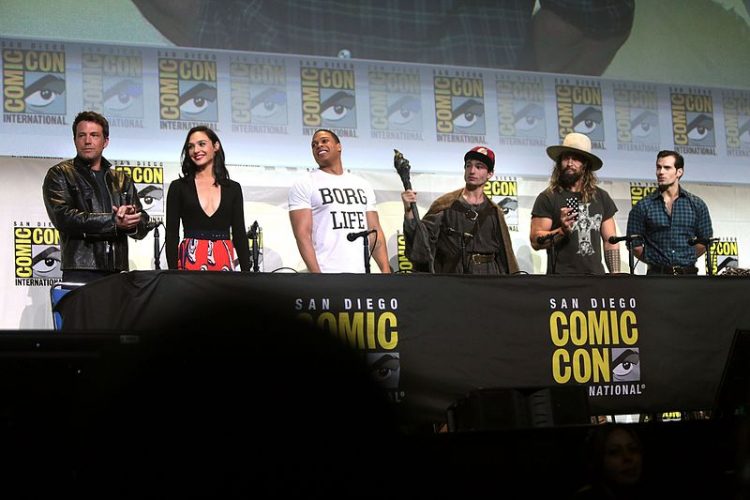 The super hero craze has been amped up in recent years, thanks to enormous Marvel and DC success on the big screen. Disney, which own Marvel, are giving fans even more of an opportunity to get excited, with the development of Marvel Land at Disneyland’s California Adventure Park in Anaheim. Super hero tours are also proving to be extremely popular, not just among young audiences, but among adult enthusiasts, too. Comicons, comic stores and other strands of merchandise have boomed in recent years, too.

Other industries are also theming a part of their offering around super heroes. Big-selling titles such as The Amazing Spiderman and Ghost Rider have long since been a staple of the console games industry, and the recent boom in interest has seen superheroes re-imagined in on-demand entertainment providers like Netflix. The ever-popular online gambling industry is no different of course, with several online iGaming providers providing a number of superhero games with no deposit free spins. The games allow users to live out their fantasy as their favourite super hero, including Batman. This fascination with Marvel and DC is a wide-reaching cultural phenomenon not to be understated.

The team faced with producing a movie capable of living up to this phenomenon is a crack one. Joss Whedon wrote the screenplay, along with Chris Terri, who co-created the story with Synder. Whedon also directed the sequel’s additional photography. Justice League is produced by Geoff Johns, Jon Berg, Deborah Snyder, and Charles Roven. Executive producers are Ben Affleck, Chris Terri, Wesley Coller, and Jim Rowe.

Whedon stuck largely by his predecessor’s vision, but it does give two sets of eyes from two filmmakers who couldn’t be more different. Affleck has praised Whedon for what he has brought to the table, saying that he brought humanity to a group of previously over-fantastical characters. Snyder recently said that he has let everyone do their thing and that it wouldn’t be fair of him to still be involved. Synder will be given sole director’s credit, while Whedon will receive a writer’s credit.

Snyder, who always delivers visually stunning blockbusters, has been criticised in the past for allowing his characters to get lost in the story, particularly in Batman vs Superman, where we never really to to know Clark Kent, or his alter-ego, Superman.

Whedon, on the other hand, has earned a reputation for creating funny and interesting characters. His Avengers work saw him successfully set up a motley crew of heroes, with all of their quirks, eventually uniting the team for the film’s fantastic finale. If he is able to pull off his magic for the DC heroes, he may give Zach Snyder his first superhero victory.

Whedon didn’t just complete the movie, however. He also reshot some of the scenes to give the movie a lighter tone. Just how much the movie was changed as a result of Whedon’s input remains unknown. If the latest trailer is anything to go by, however, it would appear that his influence is fairly significant.

Apparently, it wasn’t only fans who were unhappy with Snyder’s vision. Vulture recently published a piece on what lies in store for DC Extended Universe DCEU, featuring opinions from Diane Nelson, president of DC Entertainment, and Geoff Johns, President and Chief Creative Officer for DC Comics. Nelson said that Snyder’s vision didn’t necessarily align with DC’s, although she respected his freedom to make the film his way. Johns also expressed concerns, saying that Man of Steel failed to incorporate enough humour or lightness.

How Likely Are You To Survive A Scary Movie?

JIGSAW: The Stats Behind The ‘Saw’ Franchise