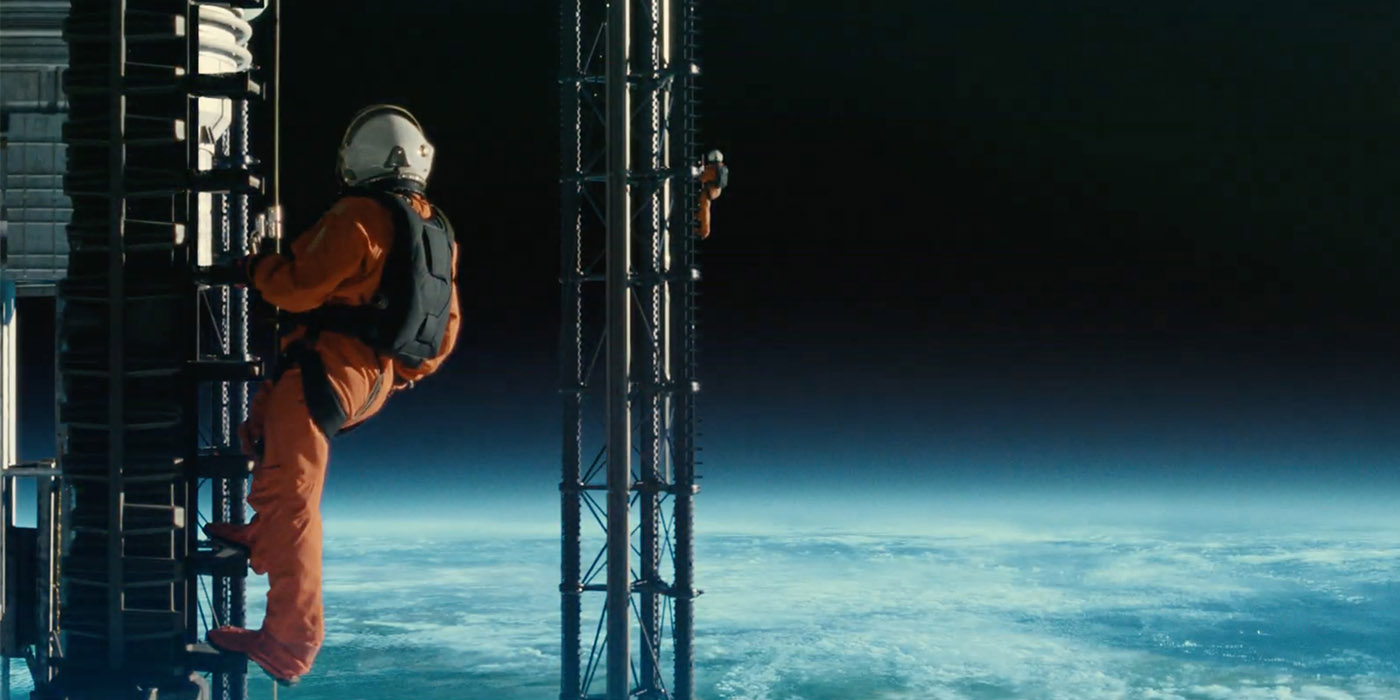 The Venice Film Festival has rarely shied away from showing intriguing space dramas, with Gravity and First Man now joined by Ad Astra – James Gray’s follow up to the acclaimed Lost City of Z.

Gray is known for creating large scale Hollywood films whilst putting his own stamp on classic genres and while Ad Astra’s production delays were well publicized, it’s now time for James Gray to demonstrate his prowess alongside Hollywood’s man-of-the-moment Brad Pitt.

Ad Astra follows astronaut Roy McBride (Pitt) as he travels to the outer edges of the solar system to find his missing father (Tommy Lee Jones) and unravel a mystery that threatens the survival of our planet. His journey will uncover secrets that challenge the nature of human existence and our place in the cosmos.

Ad Astra provides a deeper meaning to our existence and re-evaluates the human dynamic, Gray’s trademark in his vast filmography. He reveals our humanistic tendencies of admiration, emulation and adaptation of our parental upbringings. McBride’s coldness for his father can be felt from the very beginning, but his ideological vision of his father clouds his hatred for him. Becoming an astronaut himself validates how he longs for fatherly approval.

Pitt’s tender and a reflective performance displays a relatable pain for anyone that have experienced troubling relationships and backgrounds. Throughout Ad Astra, an inner monologue of McBride’s demonstrates our biggest fears and worries. Solitude and acceptance are a continuous ‘bogeyman’ for McBride, his life has lost meaning for him and, as he searches for a new purpose, resolving his past may actually be that answer.

While this deeper meaning courses through the veins of the film, Gray provides a bulky sci-fi that hasn’t been witnessed before. Throughout the journey, the destinations evolve, enhancing the story. Ad Astra flows wonderfully and doesn’t falter for too long. There are high octane moments of action – a wild moon car chase à la Mad Max: Fury Road and even rabid baboons.

Beautifully canvased, the film needs to be seen on the largest screen possible, while space has never looked this stunning thanks to some tremendous cinematography from long-time Christopher Nolan collaborator Hoye Van Hoytema. Lighting displays the mood and the tension of each scene and is crucial for the foreshadowing of Ad Astra. Pitt is the epicentre of humanity, his performances in 2019 have been stellar and long may it continue – here combining forces with Tommy Lee Jones – who shows that class never abandons an actor of his ability.

Ad Astra leaves you feeling like Star Child in 2001: A Space Odyssey gazing down on planet earth pondering our very existence and future.