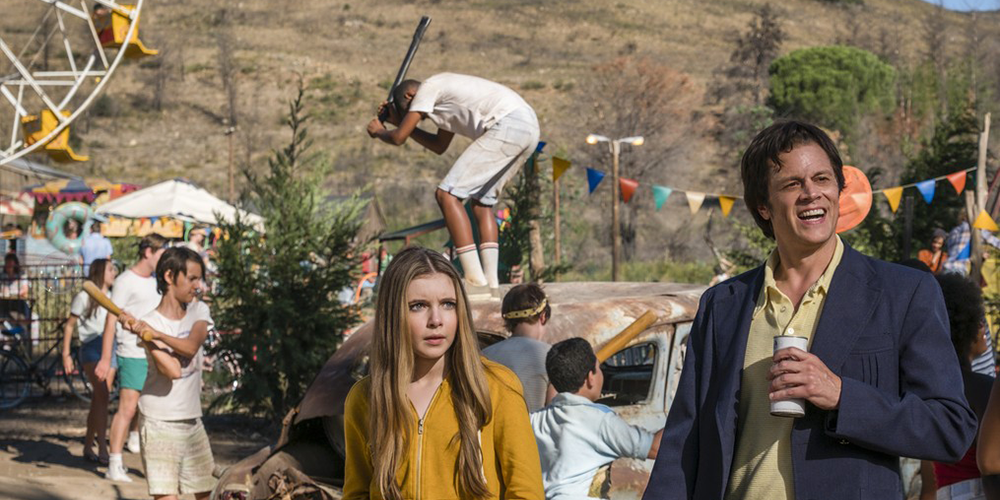 In struggling to find anything redeemable about Action Point – the latest of what’s threatening, after Bad Grandpa, to become a Jackass spin-off series – you can’t help but revel in the very opening of the film, an opening in which an artificially geriatric Johnny Knoxville sits through a number of YouTube fail videos and bemoans the deterioration of physical comedy. You revel in that moment and that moment alone because that fleeting moment of irony very quickly becomes the carrot placed before you in front of eighty-five minutes of being battered to near brain-death by the stick.

In what seems to be a representation of how you’d imagine Ted Danson on PCP, Knoxville forms the suburban framing device for a nostalgic look back at the time actual-age Knoxville ran the eponymous amusement park during a non-specific summer in the 70s. Facing financial hardships brought about by a unscrupulous property developer, the younger Knoxville elects to ramp up ticket sales by simply removing all of the park’s “for the squares” safety precautions, only for his idea to, predictably enough, unleash all manner of chaos upon them. Chaos that also features Jackass alum Chris Pontius, so, yeah, you can see where this is going. 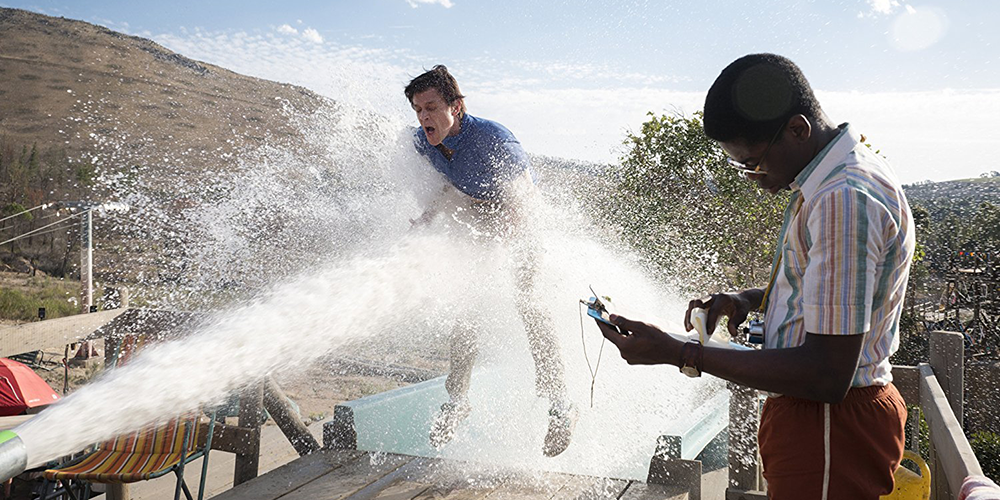 And go there it does, Action Point being as plotless and stunt-based as you’d expect. Laughter-free from end-to-end, it’s a feature film aimed at the sort of mind that’d consider a dog licking semen to be the grand watermark of all Western comedic commentary now and forevermore. If that actually does happen to be you – and no judgements if so – then, by all means, look no further than the dizzying lows of Action Point. It’s loosely based on a real theme park named Action Park. Six people died. They found the idea for a comedy in that. And then forgot to make it funny.

According to reports, Johnny Knoxville sustained more injuries while filming Action Point than any other production in his career – including four concussions, a broken hand, whiplash, a busted meniscus, a damaged eye, and the loss of several teeth – and yet, somehow, to actually watch Action Point is to suffer more.