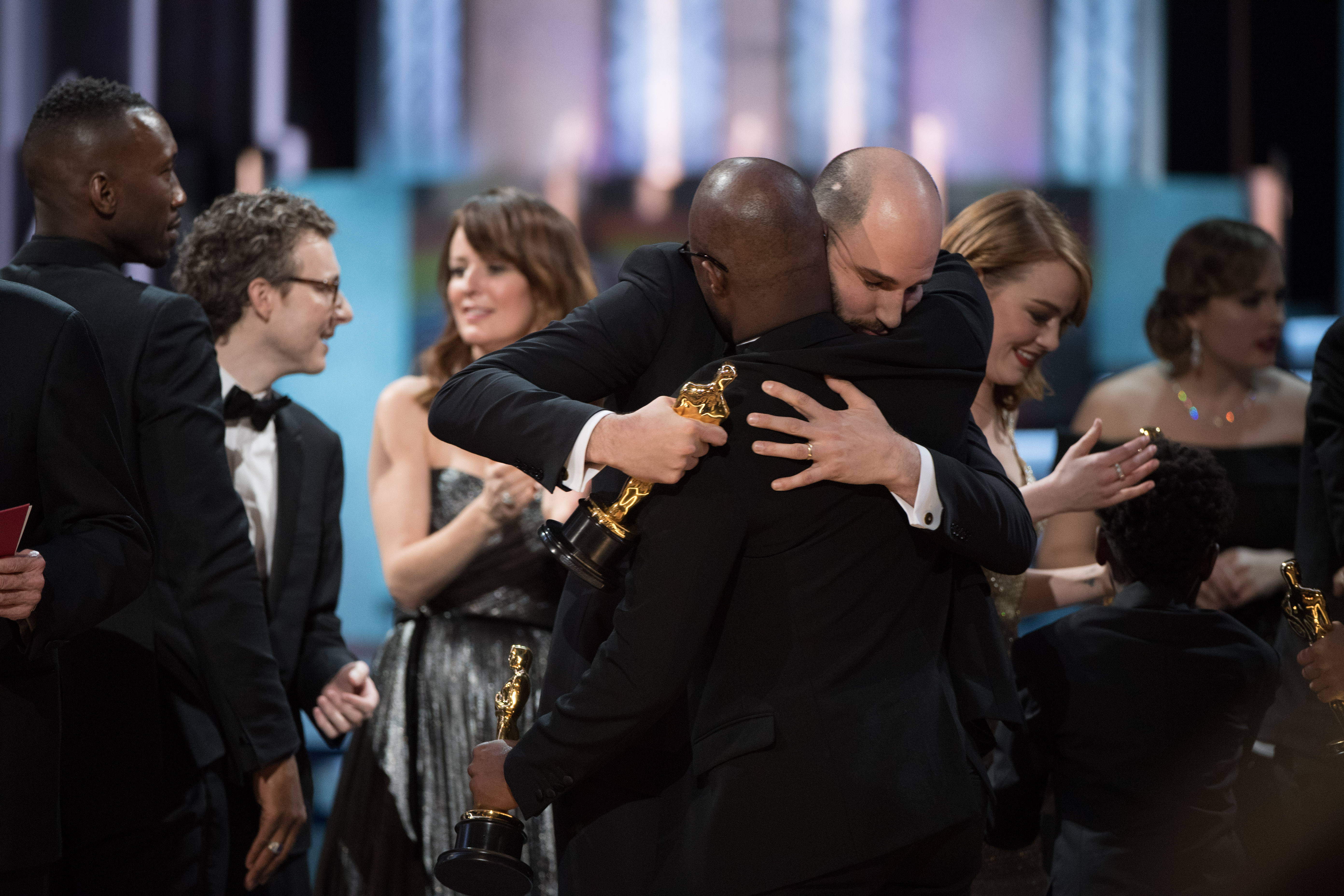 In some of the most dramatic scenes we have ever witnessed at the Oscars, the producers of La La Land took to the stage to collect their award for Best Picture, only to discover minutes later that the wrong film had been announced.

In a shock turn of events, staff rushed to present the correct envelope, which confirmed Moonlight as the actual Best Picture winner. The wrongful winning producer then made the announcement and gracefully introduced them to the stage.

We sincerely apologize to “Moonlight,” “La La Land,” Warren Beatty, Faye Dunaway, and Oscar viewers for the error that was made during the award announcement for Best Picture. The presenters had mistakenly been given the wrong category envelope and when discovered, was immediately corrected. We are currently investigating how this could have happened, and deeply regret that this occurred.

Footage of the scenes are now on YouTube. The scenes put an unfortunate stain right at the end of one of the most entertaining shows in recent years, with the unanimously popular host Jimmy Kimmel.