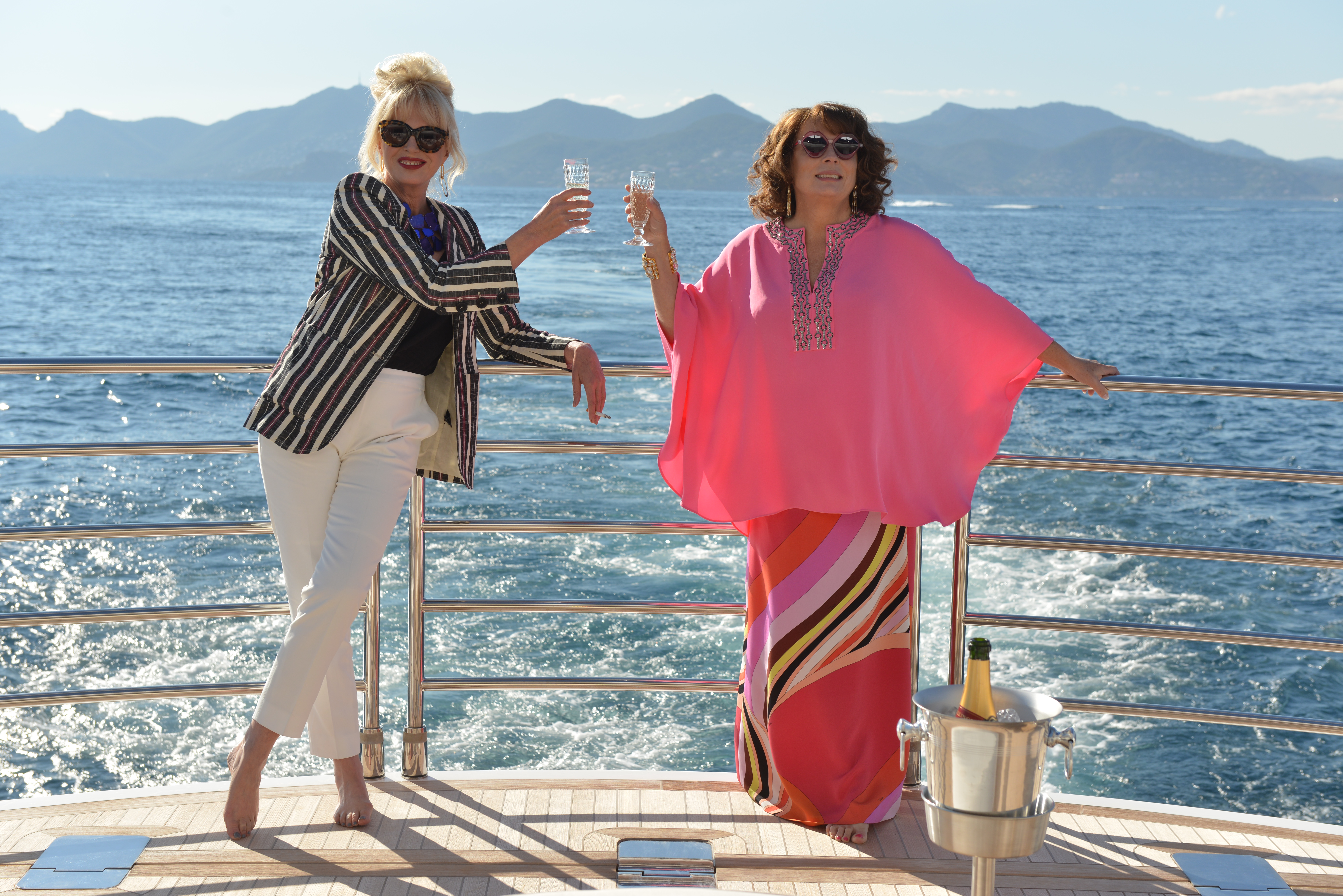 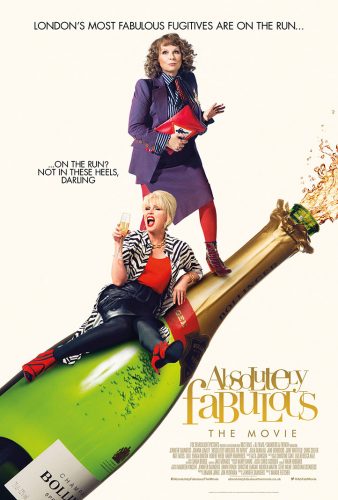 Adapting a much-loved TV series for the big screen is fraught with danger and cinema history is littered with the failures.  So “Absolutely Fabulous:The Movie” arrived with large question marks hovering over it and no small amount of trepidation.  That’s the bad news.  The good news is that, almost 25 years since “Wheel’s On Fire” heralded its arrival, the outrageous comedy about London’s least successful PR is not just funny, but as grotesque as ever.

This time Eddie Monsoon (Jennifer Saunders) is up against it in just about every way.  The money has run out – none of her credit cards work and the Bolly fridge is empty – and she can’t cope with PR 2016 style, all do-it-yourself social media.  She’s managed to hold on to her long-suffering two clients, Lulu and Emma Bunton, and then the chance to be Kate Moss’s PR comes up.  She can’t resist – but when she gets close to Kate, the supermodel ends up falling in the Thames and drowns.  Eddie’s identified as the culprit and the paparazzi are on her tail, so she Patsy (Joanna Lumley) need to come up with an escape plan.  And they decide on the French Riviera.

Now, let’s be honest.  The plot is as skinny as a size zero model – 40 minutes’ worth expanded into an hour and a half – so it’s padded with some 60 cameos, some just playing themselves, others actually doing a bit of acting.  Celeb appearances on that scale are usually there to cover up a film’s shortcomings, except in this case Eddie and Pats exist on the edge of the celebrity bubble.  It might be an excessive number, but it is in keeping with the film.  What’s actually important, though, isn’t so much the story, but whether the film is faithful to the spirit of the original TV series.  It is.  Completely.  Even if it does sometimes feel like Ab Fab’s Greatest Hits.  There’s a genuine sense of affection for the series and the characters, it doesn’t trample on fans’ memories and the audience gets exactly what it knows and what it wants.

So the original cast is re-united.  The joyously empty headed Bubble (Jane Horrocks sporting some delightfully daft costumes as only she can). The straight laced Saffy (Julia Sawalha), most of whose dialogue comprises an appauled “What are you doing?”  The astute Mrs Monsoon – we never learn her full name (June Whitfield, relishing every terse line).  And the terrifying Magda (Kathy Burke) who never speaks a word when she can shout it.  Yet, despite them and all those celebs, the film belongs to the leading ladies, Saunders and Lumley. Lumley especially is a total scene stealer, almost licking her lips while scrolling Tinder and muttering “had him”, “had him”, “had him”.  She’s more predatory than ever, reminding Jon Hamm of their encounter when he was just fifteen, a moment he’d rather forget.  And don’t ask how she manages to keep what she believes are her youthful good looks.

Eddie, of course, is still obsessed with her weight and her appearance and name dropping as many celebs as she can.  Neither of them will ever grow up.  Not that we want them to.  They’ll always be OTT, shameless, outrageous and wince-making, but that’s the way we love them.  And while the film isn’t absolutely fabulous, they most certainly are.