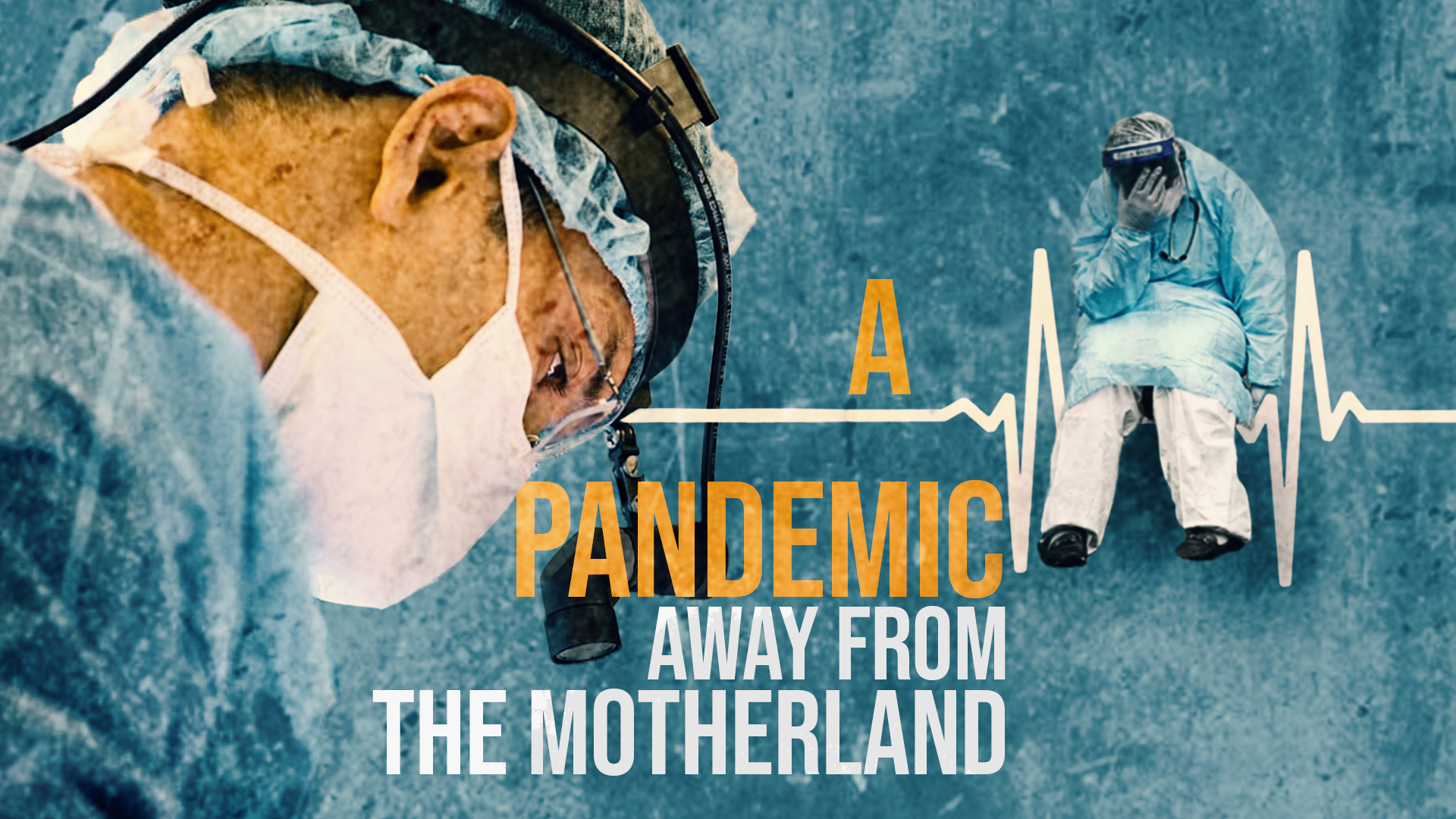 Indian-born Los Angeles based female filmmaker and American Film Institute (AFI) alumni Sweta Rai (Orphan Horse, Surviving the Wild) is releasing her moving documentary film “A Pandemic: Away from the Motherland”, worldwide in 67 countries on Apple TV on October 10, 2020.

The feature-length film, which was completely filmed from her DTLA apartment during lockdown, features five prestigious and highly acclaimed Indian doctors based in the USA who are currently at the Coronavirus frontline away from their families in India.

“As COVID-19 was declared a pandemic in March 2020, I was stuck at my home far away from my family in India. If I could feel the burden of this pandemic, what about the frontline workers? I wanted to bring the story of these Indian doctors in the USA who live away from their parents and motherland. This pandemic has left everyone questioned, and these frontline workers are the real heroes. Their story needed to be told,” stated filmmaker Sweta Rai. “It could be a story of any frontline worker who has been fighting the deadly virus, which has changed their lives. It was an emotional experience to watch their day-to-day experiences, life post-hospital when they have to stay strong, and their parents’ concerns. Apart from the impact of a pandemic on their lives, this story is also about the ray of hope that this, too, shall pass one day.”

The documentary features Dr. Ankit Bharat, who has performed USA’s first double lung transplant surgery on a COVID patient. The first recipient of this surgery has already recovered and now a pioneer in uplifting other COVID patients’ spirits around the country. Apart from Dr. Bharat, this story features four other doctors and their families. Dr. Pooja Malhotra (Nephrologist), who contracted COVID, recovered and got back to work, Dr. Uma Madhusudana (Internal Medicine), whose “Drive of Honor” Parade video became viral and received a salute from millions around the world, Dr. Shreedhar Kulkarni (Internal Medicine), and Dr. Shantanu Singh (Critical Care & Pulmonary Diseases) who go through each day, risking their lives and wondering when they would next be able to see their parents.

“All these doctors are at the front line fighting this unseen enemy. We were not allowed to send the camera crew to some of the doctors to avoid the spread of COVID. We were under the strict lockdown in USA back then, so I decided to direct and produce it all from my home. I started guiding the doctors to record their day-to-day lives on camera. Sometimes they’d put the camera in their kitchen while making brownies for their team after successful surgery; sometimes, they would record their Skype calls with their parents back in India. I received full cooperation from their parents in India who shared their unfiltered emotional experiences and concerns over their children being so far away from them.” concluded Rai.

“A Pandemic: Away from the Motherland” releases worldwide on Apple TV on October 10 ahead of being available on all other digital and on-demand platforms; GooglePlay Movies & TV, YouTube Movies, Vudu, etc. from October 18, 2020.

Producer, writer-director, Sweta Rai, was born and raised in India and worked with the Discovery Channel in Singapore before moving to the United States. Sweta has received three master’s degrees from prestigious colleges like the American Film Institute (AFI) in Los Angeles. The feature films that Sweta has produced are available on streaming platforms like Amazon Prime, Apple TV, Hulu, Showtime, and other leading networks of the USA. Sweta is the Founder and CEO of Indo Holly Films, where she aims to bring underrepresented stories to give them a voice in Hollywood. Her upcoming documentary, currently in production, called “Shades” has already made waves with its first announcement. It will bring the stories of women who face skin complexion biases across the world—a topic, relevant and timely to present.

‘Dream Round’ Releases Via Random Media