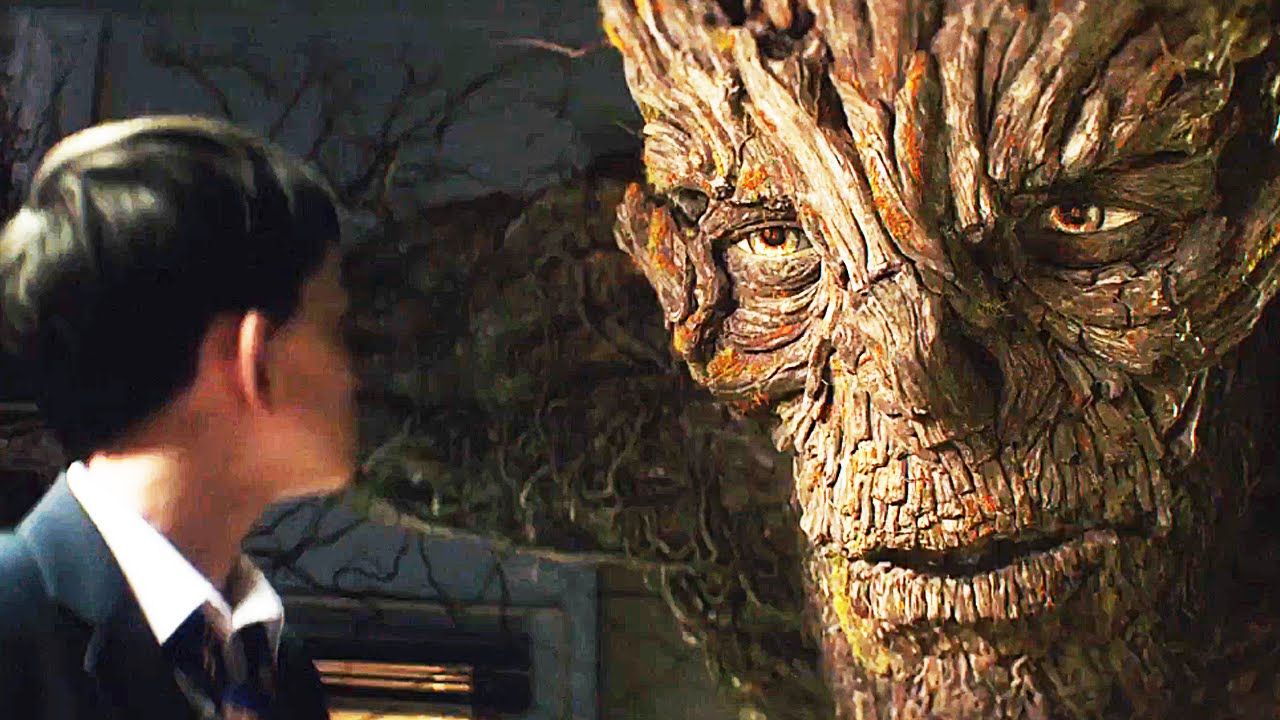 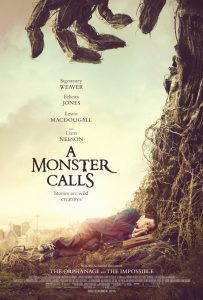 The challenge of adapting a much-loved novel is not an easy one, the risk of losing the special something that made the source material so well received often causes screenwriters and directors to play it safe and, as a result, we’re often left with forgettable films.

In the case of A Monster Calls however, author Patrick Ness has taken on screenwriting duties in order to adapt his creation for the silver screen and under the direction of J. A Bayona, we’re treated to one of the most resounding films in recent years.

The film follows Conor (Lewis MacDougall) a young boy bullied at school and attempting to cope with life at home as his single mother (Felicity Jones) battles with a debilitating illness.  As his struggles continue, he envelopes himself in a fantasy world where he is visited by a tree-like Monster (Voice of Liam Neeson) who shares his tales with Conor and attempts to help him fix his unhappy life.

A Monster Calls may sound a little odd in concept; tree monsters, fairy tales and dying parents perhaps isn’t a typical mix. So it’s perhaps testament to the source material and the creativity of director Bayona that A Monster Calls is encapsulating from the get-go.

The viewer is thrown into Conor’s world, facing the possibility of having to stay with his old-fashioned grandmother (Sigourney Weaver) and the three tales he is told following the visit of the Monster. Stunning animations accompany each of the monster’s tales and as each is told, Conor’s situation changes and a different lesson is learnt.

The performance of Lewis MacDougall is sublime, with each moment he spends on screen creating a closer bond with the audience. Sigourney Weaver and Felicity Jones take back seats as MacDougall’s Conor leads the film, along with the equally well animated Monster. Jones and Weaver provide strong support with the latter’s bond with Conor creating some of the more emotionally impacting scenes.

It’s almost hard to find fault with A Monster Calls. A slow beginning can be forgiven by thunderous second and third acts, while the emotional clichés that have been seen many times  before in Hollywood are told in such a different way to the norm, that they almost become new story-telling techniques altogether. The stunning cinematography and distinctly English setting create such a close experience, the audience is drawn into Conor’s world without realising.

A Monster Calls builds and builds into an emotional crescendo that will leave many an audience in pieces. The feeling that is left with you long after the credits roll is that rarest of film experiences and one that many films attempt to create, time and time again, yet rarely achieve.

A Monster Calls was this weeks ODEON Screen Unseen, the next Screen Unseen event will take place on December 12th at selected ODEON cinemas across the UK, including ODEON Cardiff. For more information and online booking visit: http://www.odeon.co.uk/screenunseen/