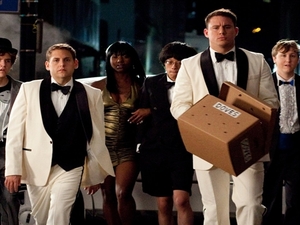 Lashings of critical praise, proven Box Office draws involved and the luxury of being the only wide released new entry in the US this weekend, there was a sense of inevitability about ’21 Jump Street’ dominating the field.

Banishing any chance of a Lorax led upset, the Jonah Hill/Channing Tatum bromance proved too strong for the Dr Seuss outfit and claimed the top spot with $35 million. A budget reported to be around the $45 million mark, it’s a matter of time until it exceeds such an amount.

With such success, Sony have already been pinning their hopes on a return outing and from what we understand, Jonah Hill (who co-wrote the script) and screenwriter Michael Bacall are all set to lay down ideas for a sequel. However, details are currently scarce as far as the return of other on screen talents e.g. Tatum are concerned.