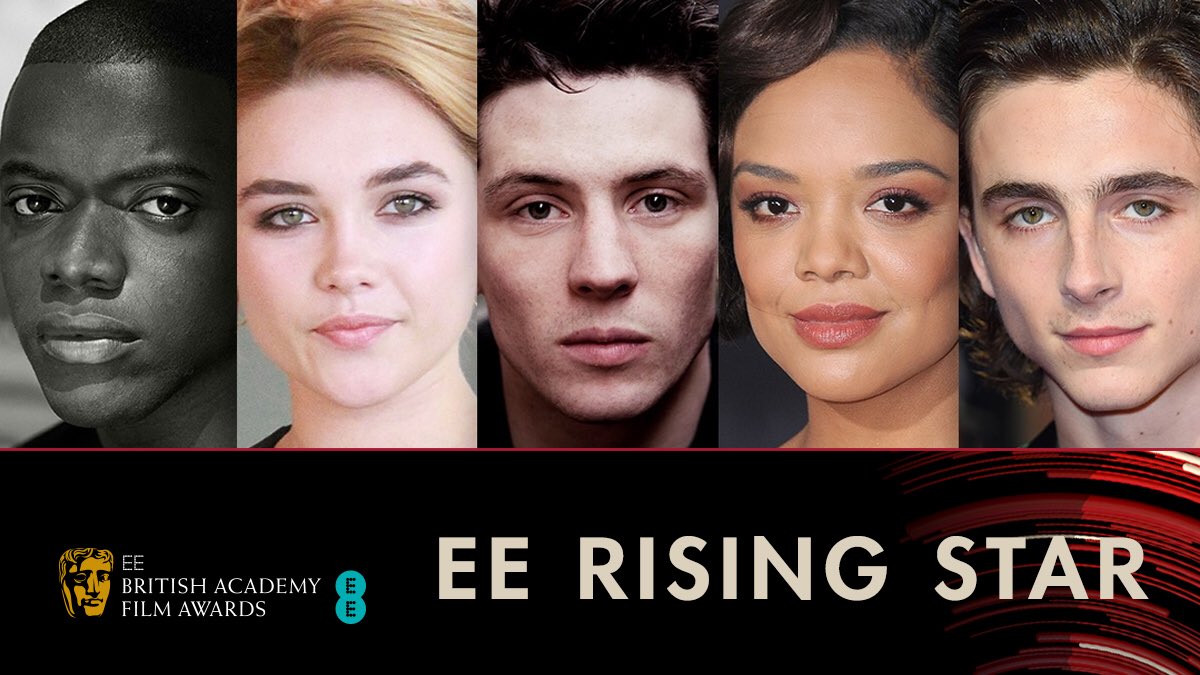 One of the biggest nights in the film calendar. The EE British Academy Film Awards are looming large, with the full list of nominations announced on Tuesday 9th January, ahead of the glitzy ceremony on Sunday 18th February.

Today, they have confirmed the worthy nominees of this year’s Rising Star Award, which looks to recognise the best in upcoming talent.

In the running are Daniel Kaluuya who anchored the much-lauded anchored Jordan Peele’s satirical horror Get Out, alongside Timothee Chalamet and Josh O’Connor, both winning the hearts of many in LGBTQ offerings Call Me By Your Name and God’s Own Country.

A category far from lacking in formidable females. Florence Pugh who made a sizable impression in William Oldroyd’s period drama Lady Macbeth and Tessa Thompson, who was on feisty form in Marvel threequel Thor: Ragnarok as Valkyrie, complete the line-up.

You can VOTE for your favourite below!