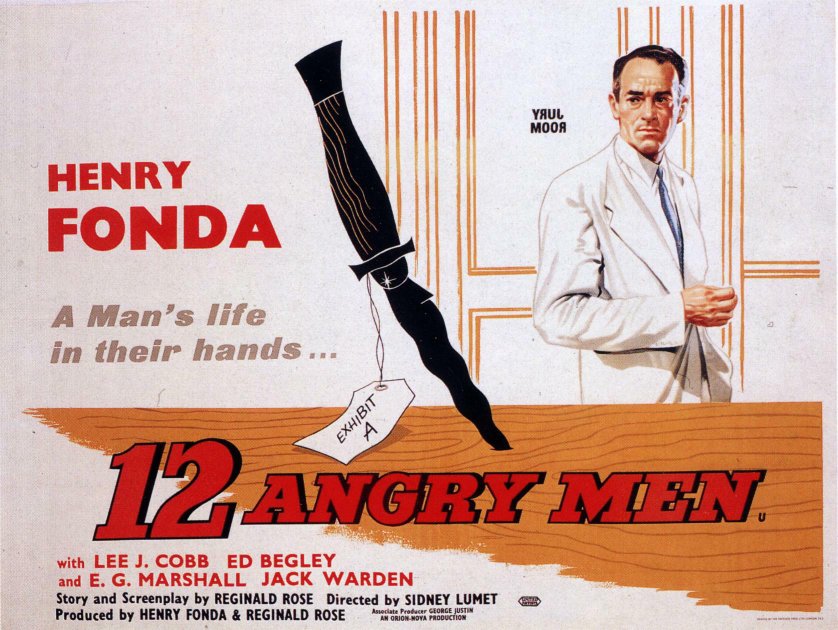 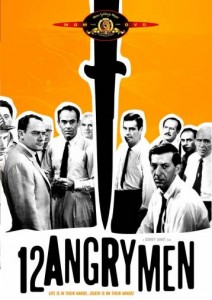 While 11 of the 12 Jurors think that there is a straightforward verdict to the murder trial they have just witnessed, One man Juror#8 (Henry Fonda) is unsure and tries to convince his fellow jurors that the case may not be quite as simple as it seems.

Released in 1957, 12 Angry Men sits pretty in the top 10 of IMDB’s all time list and almost instantly the viewer will see why. 12 Angry Men is filmed almost entirely in a single room, the juror’s chamber following the trial. It’s the closeness and familiarity of the environment that creates a far more personal journey for the viewer.  Each man sits around the table in order of his Juror Number, no names are used, instead each man refers to each other as ‘Number 7’ or ‘8’

As with any film set in such an up close and personal environment, the acting on display must be of the highest calibre, otherwise the entire premise is wasted and will fall flat after 10 minutes of viewing. However, as my previous mention of its position in IMDB’s top 250, the acting is as near to perfect as you could imagine. Each man is as good as the next. While Ryan Reynolds performance in Buried was undertaken extremely well, the Director had only his performance to focus on. With 12 Angry Men, Sidney Lumet has the talents and ego of 12 highly talented actors to manage. The seamless delivery of each line and every action, would suggest he took this task head on. The resulting product is one he can surely be proud of.

Fonda is the key to this film, his theory and refusal to just give up on a young man’s life are portrayed with a calm disposition not removed of emotion. In-fact it seems Fonda keeps his emotions constantly on the surface for the duration of his performance, perhaps an easier task when the subject is controversial but he carries it out with aplomb.  Several other Juror’s make their mark on the film, be it through their role in the films outcome or the fantastic acting, each man is spellbinding. Lee J.Cobb (who plays Juror#3) is perhaps the main opposition to Number 8’s theory and, as the man most blinded by his own prejudice, he is glorious. Short tempered and highly aggressive he delivers the most explosive role of all the jurors involved.

It is perhaps a testament to the quality of this film, that it is rarely attempted, Buried being the obvious exception and while opinions were highly divided over Reynolds performance, the general perception of 12 Angry Men is that it really epitomises film making at its finest. Lumet’s subtle directing allows all the focus to be on the performances of the men. Even the reason why they are arguing, the young man’s freedom, is forgotten amongst the emotions and egos

12 Angry Men really is an experience unlike any other, crafted perfectly and delivered with pin-point precision.  50 years later it is still applicable to modern ideals and society and while the fashion may have changed the morals that still define who we are have not. As close to the perfect film experience you could ever ask for.